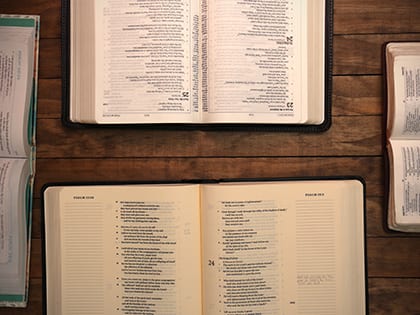 Full-time ministry isn’t always smooth sailing. Being a faithful minister of the gospel often requires grit, perseverance, and a willingness to speak hard truths with love.

I’ve spent most of my adult life (20 years) working and living in slums, inner cities and marginalized communities.

Turns out I’m a slow learner.

It’s taken me almost this long just to figure out how to survive. Let alone thrive and create something significant.

So, let me save you some trouble, and share some things I’ve picked up along the way. I call them Hustle, Muscle and Grit. HMG for short.

These are the skills I didn’t get taught in seminary. I had to learn HMG the hard way: In the trenches, with my big boy pants on.

1. Hustle: The Art of Persuasion

For some reason, we never had a class on “How to Hustle” at Bible school. And that’s a real shame.

In my early days, I used to get a bit confused, thinking that if I was in God’s will, everything would just fall into place without any effort. The doors would fling wide open and everyone would welcome me with open arms and blissful smiles. Ahhh ministry. It’s so easy when you’re a spiritual giant. Right? Well, wake up and smell the coffee. Ministry is nothing like that.

One of my favorite Bible hustlers is the apostle Paul. This guy was constantly skirting the edges of what was legally and socially acceptable. And he often paid the price (with beatings and angry mobs). But he wasn’t afraid to use a little “leverage,” when necessary, for the Kingdom of God.

Remember when Paul’s big mouth led to being arrested again in Acts 22? A burly centurion was sizing up Paul for a good flogging when Paul pulled a fast one. I can almost imagine his wry smile as he turned and cornered the soldier, saying, “Hang on a minute! Is it actually legal for you to flog a Roman citizen who hasn’t even been found guilty?” Immediately, the commander backed right off. Paul had hustled his way out of another dicey corner.

So, this year I’m working on my hustle.

The biggest challenge for me is to constantly tune in to the gentle whisper of the Holy Spirit and not just my own drivenness, so that when God leads me into a situation that requires some divine hustling I’ll be ready to dance.

From Outreach Magazine  Max Lucado Speaks to More Than 50,000 During Trip to Brazil

2. Muscle: Banging Heads Together (With Love)

We don’t learn enough at Bible school about the hoary (and hairy) prophets of old. But these guys were masters of street theater and straight talk. They could tell a story that would make you fall on the ground weeping and snotty with repentance. If they pointed their bony finger at you, watch out—the hammer is about to fall!

Frankly, sometimes in ministry we’re too scared of conflict and angry faces. We run away from confrontation instead of facing it with love and courage.

I came into missions straight from the corporate world and it was a bitter shock. I went from being screamed at with F-bombs in a hard-nosed tech start-up, to being cuddled to death by passive-aggressive missionaries.

The apostle Paul got seriously ticked off when some missionaries tried to force their own cultural forms of religion on the Galatians. He saw it as a major injustice. In fact, he was so incensed he wrote a long rant calling for their castration (Gal. 5:12). Ouch!

Just remember this rule of thumb: You may need to punch up, but never, ever punch down. The prophets afflicted the comfortable and comforted the afflicted. They spoke hard truths to power and grace to the poor and broken-hearted. Never the other way around.

This year I’m working on developing more God-guided muscle. I’m asking for that gentle strength and boldness that comes with wisdom and courage (and just a little bit of edge).

3. Grit: Holding on ’Til the Bitter End

When I think back 20 years ago to my language learning phase, the one word that comes to mind is grit—perseverance, dogged persistence or pertinacity. I had to be like a dog with a bone (or at least a grimy notebook) and a drivenness to learn and never, ever, ever give up.

People said I must be a natural linguist to speak so well in a foreign language. But they didn’t see the hours I put in day after day, year after year, trudging the streets and back alleys to practice my latest vocabulary. In later years, God led me to turn that doggedness toward establishing a movement that is now impacting kids’ lives in 16 countries.

From Outreach Magazine  What Is the Individual’s Role in the Mission of God?

Take another look at the apostle Paul—probably one of the grittiest, grizzliest missionaries this earth has ever seen:

Puts life in perspective doesn’t it?

So in 2018 I’m asking God for that apostle Paul kind of grit—the strength to keep going and keep trying even when everything seems to be against me.

HMG. These vital skills are often overlooked, and they’re certainly not taught enough in our Bible schools. But I’m convinced they are more needed than ever in ministry, especially ministry among the poor.

So, which of these resonates with you?

Do you need a bit more hustle, a little more muscle or a lot more grit?