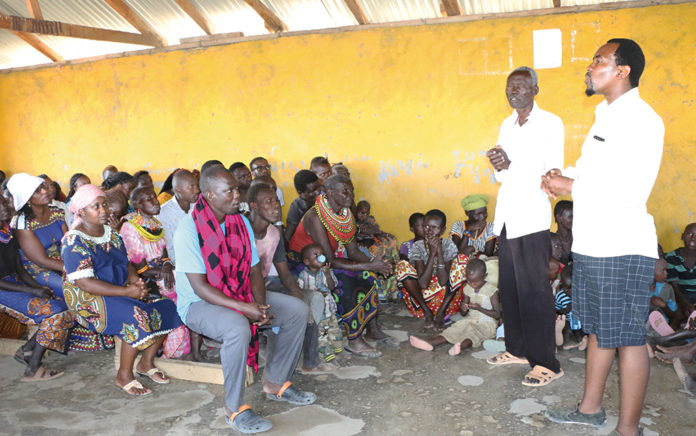 Christ Is The Answer Ministries (CITAM) in Nairobi, Kenya, has a 12-word mission statement: “To know God and to make him known through evangelism and discipleship.” Countless churches worldwide claim similar mission statements. Why then is CITAM (pronounced SEE-tam) exploding with growth while other churches with identical mission statements are not?

One clue, according to David Oginde, former senior pastor, is the role of core values. “They have helped us in our journey as a church to be where we are today,” he says. “They undergird our strategy to build capacity for growth, impact and sustainability.”

CITAM’s leaders have prayerfully selected five words to represent their core values. They’re easy to recall because they also serve as an acronym for the church’s name: Community, Integrity, Transformation, Accountability and Ministry.

More important, each core value is associated with three different areas of action. Integrity, for example, is paired with 1) live in holiness, 2) pursue excellence and 3) practice honesty. “We looked for a way to put the core values together in a manner that could help people,” Oginde says.

Core values were not a one-time announcement at CITAM. Nor did emphasis on them end with an articulation of the three accompanying action statements.

Instead, developing the core values involved an implementation journey. “Years ago, we came together as a leadership team to ask what God has called us as a church to do and become,” Oginde explains. “That was a major turning point. Until then, we were just a church, but in answering that question, we came up with more specific questions and actions. Then we asked how. It was in asking how that led us to these values that undergird all we do.”

From Outreach Magazine  Family On Mission—How Our Kids Lead Us

At CITAM, three groups run the ministry. The Overseers Forum oversees day-to-day ministry, equivalent to a management board in a company. The Elders Council is responsible for the spiritual oversight; including pastoral appointments and care, doctrine and missions. Deacons oversee administrative matters such as business, properties, projects and finance. These three groups together form the CITAM Leadership Summit, which often takes time for praying, listening to God and brainstorming on various key activities, especially the direction the church should take.

Years ago, the Leadership Summit developed a 10-year strategic plan for 2016 through 2025. Built on the church’s statement of faith, core values, and vision and mission statements, the document fleshes out how key strategies are expressed through various types of ministries. It also maps out how ministries are monitored and evaluated.

“In developing the core values, we came up with nine focus areas, and the church ran with them for some time. We discovered, among other things, that they were hard to remember,” Oginde says. “Then we asked how we could put them together so anyone can remember.” That led to the five-word acronym for CITAM.

Although founded in 1959, CITAM’s dramatic growth started in the 1980s when it grew from 400 to 4,000. In recent years, CITAM has experienced more exponential growth, expanding to multiple campuses and other countries.

Even now, the church continues a rigorous application of its core values. Oginde makes sure he is personally setting an example of living out the core values. “One member of my small group looked me in the eye and said, ‘Do you know that sometimes you waste our time at the church services?’” Oginde asked what he meant. “I must drive quite a distance,” the man replied. “I come here ready to hear from God, but sometimes at the end of the service I ask myself, Was this worth my time?”

“I took that challenge very seriously,” Oginde comments. “If God’s people don’t feel they have heard from God and encountered him, then we have not done our job and we are defrauding God’s people.”

From Outreach Magazine  Beyond Invite and Invest: A Better Plan for Outreach

That was not an isolated listening moment. In fact, Oginde makes himself accountable to his leadership structures. “I am accountable to our elders and deacons—and they appraise me. They give me feedback on what I do well and where can I grow. We also evaluate our elders, deacons, pastors and all our staff. This has really helped us as a ministry. No person should be in the system who is not accountable.”

OUTREACH IN MANY WAYS

The fifth core value—M for Ministry—does not lose emphasis just because it is the last named, Oginde says. “We reach out to those who have not heard the Word of God. Anything that we can do to reach to the lost, we do. We believe we have been called to minister to everyone. We try our best to bring the gospel to everyone.” CITAM’s five core values certainly help them to do so.