Home Features How Missionaries Can Inspire Their Sending Church to Mission 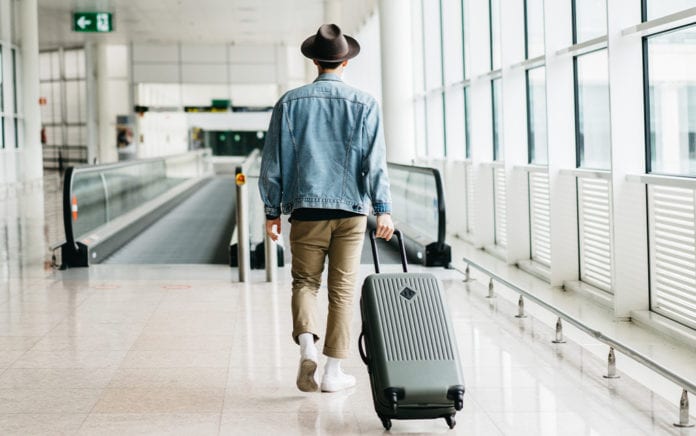 How the sent send the senders

As the term is commonly used, missionaries are those who are sent to make disciples in places that are usually geographically and culturally far removed from home. Often the language of calling accompanies the recognition of those who are set apart as missionaries. And as these missionaries are sent out, commissioning services provide exciting opportunities for churches to celebrate the Great Commission obedience exhibited by their members.

Yet when the fanfare of the commissioning service fades into the normal weekly routine, the congregation can be lulled into thinking that the sending function of the church has ceased. Or at least it has been put on pause until another such event for specially-called missionaries gets placed on the church calendar. Yet the demands of the Great Commission are not restricted to a special subset of the church. Instead, Great Commission obedience is part of the calling given to all of Jesus’ disciples. The gospel that saves us also sends us as witnesses. This, I believe, is where the missionaries can do at least three things to play an ongoing role in stirring their home churches to identify not merely as senders, but also as the sent.

Missionaries usually burn the candle at both ends, pouring themselves out to learn foreign languages, navigate new cultural norms and facilitate the spread of the gospel. Immediately as they depart the plane, their schedules are packed, pressed down and overflowing. As such, the task of writing a newsletter is often relegated to the lowest place of priority. Often such communication with the home church can come to be viewed as an obligatory status report to investors.

Yet these newsletters can be more than mere updates. Letters from the field can be written strategically to catalyze missional thinking back home. Along with reporting the state of the ministry, missionaries should conceive of their newsletters as opportunities to challenge their far-away readers to take a missionary approach to their own neighborhoods. This can be done simply and humbly by including a brief question for the reader, asking them to pause to consider if the things learned in the newsletter might be applied on their block, in their community and through their church. In so doing, you will help to translate your missionary burden into the language of their daily lives.

From Outreach Magazine  Coming Back From the Brink of Pastoral Burnout

In recent years, short-term mission trips have come under fire as the all-too-common “spiritual tourism” that passes for missions. Sure, such trips can be promoted and carried out in unwise and potentially even harmful ways. Yet done correctly as a part of long-term strategy, they can both advance the field work and provide missionary vision for those returning to their neighborhoods back home. If your missionary strategy includes hosting short-term teams, I would encourage you to build into the trip a commissioning of them back to their neighborhoods with fresh eyes. Set aside time during the trip to share your team’s story and the background to your strategy. Help them to see not just what you are doing in your ministry, but why you are doing it. Walk them through the process of your strategic development. And don’t be shy about pushing the team to apply the same missionary vision to their communities at home.

Finally, most missionaries enjoy semi-regular opportunities to return to their home churches for furlough or a stateside assignment. One major reason for a furlough is for missionaries to refresh and recalibrate their vision after spending significant time in the field. Another typical component of these visits involves updating supporting churches and individuals on the state of the ministry.

Both of these tasks are important elements of a season at home. However, missionaries can steward these visits to encourage missional living in a place that feels more familiar than foreign. While sitting in the homes of sending-church members and sharing meals with extended family, missionaries are afforded strategic opportunities to share how the posture taken for their field work can be replicated in domestic environments. One will inevitably share stories of discovery, evangelism and kingdom advance around the world. By weaving questions into the conversation about how those same discoveries might open doors for ministry locally, missionaries lend their missiological lenses to their home church. This can change the way church members see their community. After all, the same gospel that sends missionaries to the far reaches of the globe also sends all believers to live on mission in their communities.

Our language of “missionary” and “calling,” along with our commissioning celebrations, are not necessarily misguided. We should be actively seeking to accomplish the unique task of sending some of the members of our congregation to under-engaged foreign fields. But as seen above, the language we use and the manner in which we celebrate missionary commissioning can at times communicate a false dichotomy. Sometimes, in our proper celebration of those who are sent on unique cross-cultural disciple-making missions can cause us to undersell the responsibility given to believers who remain in their own culture, vocations and neighborhoods.

The foreign surroundings of a missionary are often sufficient to remind them of the fact that the gospel that has saved them has also sent them. But a geographic relocation is not the litmus test for being sent. If you are saved by the gospel, you are sent as a witness to the gospel. Since missionaries are often assumed to be a local church’s only “sent ones,” they have a unique opportunity before them: to clarify the sending effects of the gospel and to remind even the senders to live sent where they are. That’s how the sent send the senders