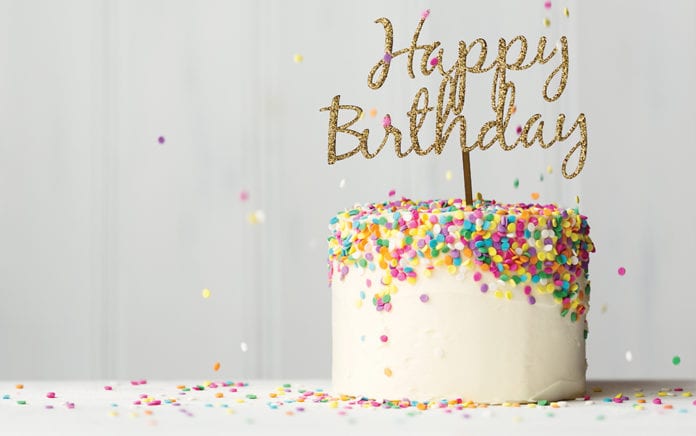 Friendship is key for this Australian church’s community ministries.

“I’ve never had my own birthday party.”

A statement like that has been voiced by more than one of the young women who are part of a safe house in Melbourne, Australia. The women, ages 12 to 25, are involved in or at risk of commercial sexual exploitation.

The birthday parties are the work of a volunteer group at Melbourne’s CityLife Church. The group is one of the largest and most consistent volunteer groups to support the Young Women’s Project, known locally as Gatehouse. Bimonthly they bake cakes, personalize the icing with someone’s name, shop for gifts and wrap them, decorate the room, and otherwise pamper these young women. They serve in other ways as well, such as cooking every week when the Gateway residents have their support group.

It’s not just the birthday honorees who are touched. The responses from the young women often bring tears to the eyes of the volunteers as well. “I feel so blessed,” reports one. Another says, “It felt like I was in heaven with the angels.”

The partnership with Gatehouse is a favorite subject for Kim Hammond, lead pastor of one of CityLife’s 11 campuses. He also serves on the teaching team and oversees the church’s other multisite lead pastors.

To Hammond, Gatehouse represents the church’s DNA as sending people into mission. “It’s important that we gather for worship, teaching and fellowship, but even more vital that we mobilize each person,” he says. “Our members who go out into mission are the real heroes of God’s kingdom.”

“When a Gatehouse participant sees her name on cake, screams out in delight, and says that no one has ever celebrated her, she moves toward Jesus. At the same time, she moves away from the risk of becoming a prostitute.”

These parties, as well as dozens of other initiatives both organized and spontaneous that involve CityLife members, do more than move the birthday honorees toward Jesus. “There’s a buzz across our entire community that ‘Something’s going on at church,’” Hammond says. “We’re making a missional shift, and one of the fruits is that we are receiving favor in our community.”

CityLife’s current goals include reaching into local communities by mobilizing each of its campuses around specific local needs through community-impact ministries and partnerships. It’s part of the church’s calling to bring transformation to communities, cities and nations for God’s Kingdom. “We want to get the people of God more involved in the mission of God,” he says.

“It’s ultimately about Jesus—to help everyone, everywhere hear about Jesus,” Hammond says. “We want to be disciples who make disciples. We’re about mobilizing the church to be more evangelistic.”

Hammond has a tattoo on his forearm with the word diatribe from John 3:22. That verse says that Jesus “spent time” with his disciples.

“It means for skin to rub on skin. This practice of Jesus, which is explained in Dave Ferguson’s book Hero Maker, speaks of shared moments, shared leadership and shared life,” Hammond says. “I think Aussies do friendship better than others, and I try to help our congregation leverage that strength for discipleship purposes.”

Hammond said he continually looks at the church “for places we’re not seeing the shared life that John 3:22 illustrates,” he says. “Do we laugh together? Know the names of each other’s kids? Have we been in each other’s homes? Had meals together?”

In terms of total worship attendance, CityLife is arguably one of the three largest churches in Australia. But the church grows bigger by getting smaller through groups and teams where discipleship and evangelism happen. Across all its campuses CityLife currently has more than 500 small groups known as life groups.

The campus Hammond leads draws 800 in weekly attendance, across two congregations, but the abundance of highly relational groups help it feel small. As a side benefit, “we’re even reaching a massive influx of Christians who left churches and came back,” Hammond says.

“Some people summarize ‘shared life, meals and moments’ as our new DNA,” Hammond says. The church historically has been known as a strong teaching center—under Mark Conner’s long era as lead pastor, and since 2017 under Conner’s successor, Andrew Hill.

From Outreach Magazine  Natural Ways to Share Jesus With Others

“The next shift for us is to get better at reproducing leadership,” Hammond says. “We’re making a five-year commitment to the ideas in Hero Maker.” For example, he says the leadership is focused on conversations of affirmation that lead to permission giving, and to the steps of apprenticeship that lead to disciple multiplying.

“Hero Maker gave us language for how to create a reproducing culture, helping us steward the harvest by becoming more about movement and multiplication,” he says.

Such a shift involves finding more needs—for example, the city of Casey, where Hammond’s campus is located, has the highest rates of youth suicide and family violence in Australia—and engaging the church to meet them. One oft-cited model is Zacchaeus, who lived out his belief that Jesus is Lord by giving half his possessions to the poor (Luke 19:8). Likewise, Hammond says, “If we can bring the name of Jesus into the center of what we do socially, we can see both personal and social transformation—and we will experience the kingdom of God.