Home Features What Do You Do When Speaking Out Could Endanger Your Ministry? 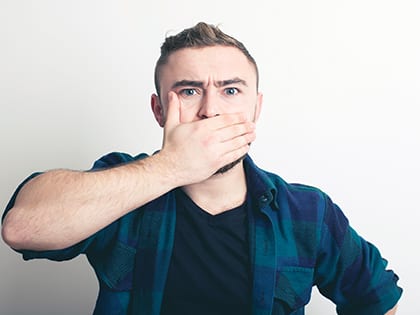 How do we as Christians resist injustice when doing so could threaten our ability to do ministry where God has called us?

We just marked another sham election here in the Southeast Asian country where I have lived for many years. (I’m sure you can figure out which one. Starts with C and ends with A.)

The opposition has been outlawed, thrown in prison, killed or exiled. Injustice is riding high in a gold Lexus—arrogant and victorious—throughout the land.

And it seems to me that many leaders of Christian ministries here, including me, have made a decision to lay low. Whether conscious or unconscious, we’re mostly staying under the radar for the sake of protecting our ministries. And I’ve grappled hard with this.

I’ve asked myself, what if every Christian leader stays silent? Who will speak up for justice? Who will lead the way towards change? Who will defend the poor and needy?

And yet, I know that if I speak up loudly, I will be swiftly kicked out. I could be thrown in prison or my ministry that reaches hundreds of vulnerable children could be shut down. That would be a huge cost—not so much to me, but to a lot of kids.

So each of us needs to ask God for the wisdom to know how to respond. There are no easy answers but instead I offer some hard questions …

1. Are You Irreplaceable? If So, That May Be a Problem.

One of the things that drives us to protect ourselves and “our” ministries at any cost, is the way we have built them around ourselves. We have made ourselves indispensible. And if we’re honest, it may be because our identity is tied up in leading this ministry.

I think of John the Baptizer. His very name was his ministry identity—baptizing people—dunkin’ them in the river. He even had a “ministry highlight” for the record books, baptizing Jesus—the Son of God himself. That’s one to frame and put on the office wall!

John the Baptist spoke out and got beheaded, so that’s maybe not the most encouraging example, eh?

So, perhaps John faced a dilemma in speaking out against Herod’s immoral leadership (Luke 3:19). John’s whole baptizing ministry would be in danger if he were to be thrown into prison.

I wonder if John was torn as I know I would have been.

But let’s remember that John held his ministry lightly. He said things like, “I must decrease …” (John 3:30).

And he was committed to raising up other disciples in his place—some of whom went on to other ministries (John 1:37).

If we decentralize, empower lots of local leaders and make sure to use local resources as much as possible, getting kicked out might be a blow. Getting thrown in prison could be a setback. But hopefully it wouldn’t be the deathblow to the ministry.

2. Are You Truly Addressing Root Causes? If Not, That May Be a Problem.

I’ve registered charities in the United States, Canada, New Zealand and Cambodia. And in every country there are limits on what amount of political activity a charity is allowed to engage in.

The message is LOUD and clear: Help poor people, just don’t talk about why they are poor or challenge the system that keeps them in poverty. Band-Aid solutions only, please.

We can’t afford to be complicit with this kind of thinking. When we bandage up the wounds inflicted by an unjust society without challenging that injustice, we do more harm than good. We create a moral safety valve that diffuses the spirit of change.

In contrast, Jesus was relentless in pointing out the unjust acts of the religious elite: “You devour widows’ houses!” (Luke 20:47) and “Woe to you Pharisees, a bunch of hypocrites who ignore justice …” (Matt. 23:23).

Of course Jesus ended up being executed, so maybe that’s not a very encouraging example either.

3. Are You Listening to the Spirit, or the Voice of Fear?

Finally, since there are clearly no hard and fast rules in this thorny area. We must listen and be guided by God.

One will be led to stay below the radar …

“There are those who oppress the innocent and take bribes and deprive the poor of justice in the courts. Therefore the prudent keep quiet in such times, for the times are evil.” —Amos 5:12, 13

Another will be led to act subversively, like the Hebrew midwives who refused to obey Pharaoh’s orders to kill babies, and instead came up with wily excuses for their disobedience …

Yet another, will be called to act using the street theater tactics of the prophets of old, dramatically, symbolically, even provocatively in the face of the unjust …

From Outreach Magazine  Pastor, Creating a Generous Church Culture Starts With You

Aung San Suu Kyi reminded those of us who have greater freedom and protection in speaking out to, “Use your liberty to promote ours.”

May we have the wisdom to discern when to keep quiet, when to act subversively and when to speak boldly and prophetically—using the extra resources and freedom we have for the benefit of others.

Last week, after prayer and discussion with some local Christian leaders here, we decided we could not allow this situation of injustice to go unmarked. I can’t go into much detail online, but one of our actions was a symbolic one.

In the ancient Southeast Asian tradition of grieving what has been lost, we shaved our heads completely bald and wore white clothing as an act of lament.

“Freedom is dead. Justice is dead. And so we mourn.”

Like most prophetic actions, we didn’t expect that our small act of resistance would somehow bring change. But we acted out of faithfulness to God and a desire to be in solidarity with those who mourn (Rom. 12:15).

We simply wanted to bear witness to the injustice that is like a cancer across this nation. And that was exactly what God was calling us to do in that moment.

By the way, if you’re reading this in a place where you have freedom to speak out, protest and resist injustice—do it! Don’t take that freedom for granted. There are many of us around the world who long to have a voice.