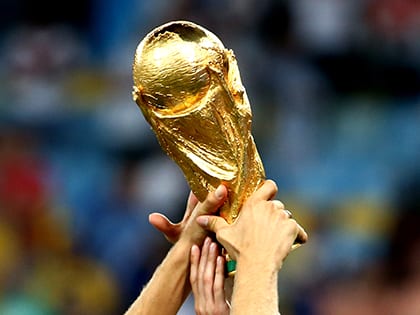 These seven countries in the World Cup are also on Open Doors’ list of places where it’s hardest to be a Christian.

This month, an estimated 3.2 billion people will watch as teams from 32 countries compete in the World Cup across 11 cities in Russia. It’s the world’s most-watched sporting event celebrating soccer or, as the rest of the world knows it, football. While the World Cup offers its own unique brand of excitement, the global event also is a stark reminder of the religious persecution that more than 215 million people experience around the world.

Of the 32 countries represented at the World Cup, seven are also on Open Doors 2018 World Watch List, an in-depth report and ranking of the 50 countries where it’s most difficult to be a Christian:

WHERE PERSECUTION IS PART OF DAILY LIFE

These countries represent millions who are not free to live out their faith without the threat of persecution. In the Middle East in Iran, Saudi Arabia, Egypt, Muslim converts to Christianity face extreme pressure from their communities and families. In places like Iran and Saudi Arabia, Muslims that have chosen to follow Jesus must keep their faith secret, often isolating them from believers and Christian community. Christians in the Middle East are also the targets of Islamic extremist groups, such as ISIS. Over the last year, more than 200 believers in Egypt have been killed for their faith by extremists.

And it seems that discrimination against Christians extends even as far as sports in Egypt. While football brings together Egyptians regardless of status, class, social background and profession, recent reports indicate that religion is still a barrier, keeping young Coptic athletes from pursuing and competing in the sport. Coptic athletes say they face religious discrimination from Muslim coaches, trainers and in football clubs spread across the country.

West Africa and North Africa are also represented at the World Cup and on the World Watch List. In Nigeria and Tunisia, persecution against Christians has grown increasingly violent. Throughout Nigeria’s Middle Belt in West Africa, more than 400 Christians have been massacred by Fulani militants only this year, including a recent attack on a church of worshipers that killed 19. And Boko Haram continues its violence spree. We recently reported on Leah Sheribu, who was kidnapped with 110 other girls from a finishing school in Dapchi. Boko Haram forces released all but Leah—because she refused to renounce Christ. To date, 15-year-old Leah is still in captivity held by the Islamic insurgents.

From Outreach Magazine  Preach the Gospel, and Since It's Necessary, Use Words

In North Africa’s Tunisia, all Tunisians are registered as Muslims. Those who become Christians pay a high price. Christians have been arrested, beaten and evicted by their families. And in Mexico and Colombia, where corruption affects daily life, persecution comes from criminal groups like drug cartels and indigenous leaders who attack converts to Christianity—viewed as enemies to the criminal agenda and government, as well as threats to ethnic customs and worldviews. In both countries, Christians are targeted and are at risk of violent attacks.

Each context is unique, but as we watch these talented teams and athletes come together for this month-long event and celebration, we should also remember our brothers and sisters in Christ living in these countries who each day wake up to the threat of violence and pressure—because they made a decision to follow Jesus.

While these seven countries remind us of the Christian persecution that’s happening at this very moment as teams fix their eyes on the gold trophy, they also give us hope because in each of these countries the church—underground or not—is growing.

In Iran, the church is seeing some of its most aggressive growth in history. In Tunisia, no new church has been granted registration since 1956. Yet an estimated 24,000 Christians have found God there. And in Egypt, we continue to see the Coptic Christian community advance the kingdom as they hold up their arms, proudly displaying the small cross tattoo that differentiates and defines their lives.

God is still writing his story. What Satan meant for evil, our Father is using for good. And over the next month, we can look to these seven countries on the World Watch List as prime examples of how persecution is actually strengthening the church. During the World Cup, remember to pray for Christians from Iran, Saudi Arabia, Nigeria, Egypt, Tunisia, Mexico and Colombia where believers are living and dying for the gospel—their eyes fixed on an eternal prize.

Lindy Lowry is a content specialist at Open Doors USA. This article originally appeared on OpenDoorsUSA.org.