Home Features The Beautiful, Electric Dynamic of Truth and Grace 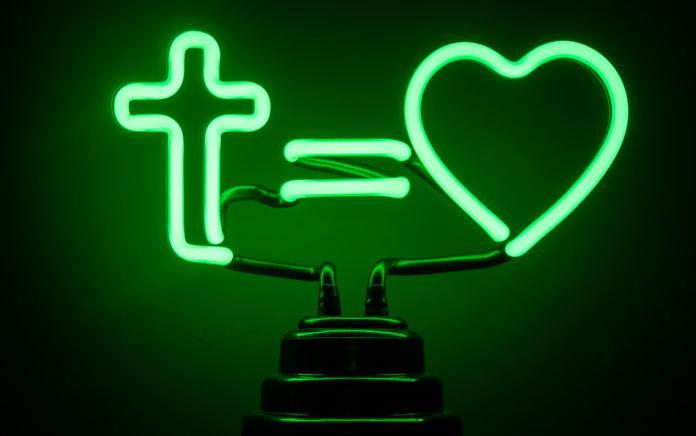 There are two main types of churches that say they very much want to reach the unchurched. The first believes it is vital to proclaim the truth of the Christian message to a darkened world. Sin must be named, behavior must be called out, cultural falsehoods demolished. The difference between the church and the world, the message of the gospel and dominant cultural values, must be delineated. The very heart of the gospel is “truth to tell.” People will not come to faith unless called to repentance, and that means convincing them of their sin and then convicting them of their sin.

The second type of church believes it is very important to seek to identify with the world—if not embrace and reflect it—in every way possible in order to build relational bridges and find cultural acceptance. As a result, the goal is not to call people out, but to call them in. That means intentionally burying those aspects of the Christian faith or the Bible that are culturally offensive. So, the goal is “Jesus as Friend,” “Jesus as Mentor” and “Jesus as Accepter.”

These descriptions are, of course, caricatures. But they are meant to reveal a fundamental choice in the swing of a very important pendulum. The first type of church is more concerned to stake out the teaching of the Christian faith in all of its counter-cultural glory, the other more concerned to be accepted by culture and to make sure those in that culture feel accepted. In other words, the first type of church swings heavily toward “truth,” the second type of church swings heavily toward “grace.”

Neither swing is a good one, at least when it comes to reaching the unchurched.

One of the more fascinating dynamics related to the life of Jesus was the attraction he held for those who were considered “sinners” and spiritual outcasts. They flocked to hear him teach, they invited him to their weddings, they introduced him to their friends at parties. All this while Jesus spoke openly about sin and repentance and the need for a transformed life. How could this be? It was the result of him coming, as John chronicled in his gospel, bringing grace and truth.

It’s the “and” in that sentence that matters.

From Outreach Magazine  10 Ways to Bring Joy to Your Pastor

Grace without truth is what Dietrich Bonhoeffer famously called “cheap.” It is sentimentality at best, licentiousness at worst. Unless there is the truth of the reality of death-inducing sin accompanying the offer of grace, there is nothing in particular making it “amazing.” Grace has its fullest meaning and holds its greatest power when it is being applied to the fatal nature of sin that has been made clear through the proclamation of truth.

Yet truth without grace is also found wanting. One is left with the arid, brutal wasteland of legalism and judgmentalism. Orthodoxy may be upheld, sin may be condemned, the culture wars may be engaged, but spiritual pride runs rampant. We cling tightly to the stones in our hand, ready to throw them at a moment’s notice.

What we need is the beautiful and electric dynamic of bearing both truth and grace, like the people who encountered Jesus experienced. People like the Samaritan woman at the well who, at the end of a very candid conversation with Jesus about her serial promiscuity, felt like everyone else should have a revealing chat with him, too. “Come!” she said to everyone she could find in her town. “See a man who told me everything I ever did!” (c.f., John 4:27).

There was much truth brought to bear on her life but obviously nothing that led to a relational breakdown—only relational attraction. How could this be? Only because with the truth came grace—an acceptance for her as a person who mattered to God. Somehow, someway, Jesus made her realize that she was both broken and beloved, in need of saving but cherished beyond worth.

The power and importance of this cannot be overstated. Truth without grace will not attract, it will repel. It does the very thing Jesus went out of his way to say he did not come to do, which was to condemn the world. And grace without truth will not transform lives, for it offers little to the world it does not already have. A truthless grace is little more than an attempt to superficially relieve someone of guilt, or to provide a safe environment where they will be accepted and not judged. You can get either one of those in a secular counseling session. Or with a good bartender, for that matter.

Either approach can attract large crowds and ardent fans, as both approaches have an ample fan base among consumer-minded Christians. But in terms of reaching the unchurched, neither has immediate (in the case of truth without grace) or lasting (in the case of grace without truth) appeal.

What the world needs are churches that unapologetically proclaim the full truth of the Christian faith, while simultaneously working very hard to connect to those they are trying to reach in ways that build relational bridges. We need churches that enable people to realize that yes, they are broken, but yes, they are also beloved.

What we need are churches that come bringing two things: