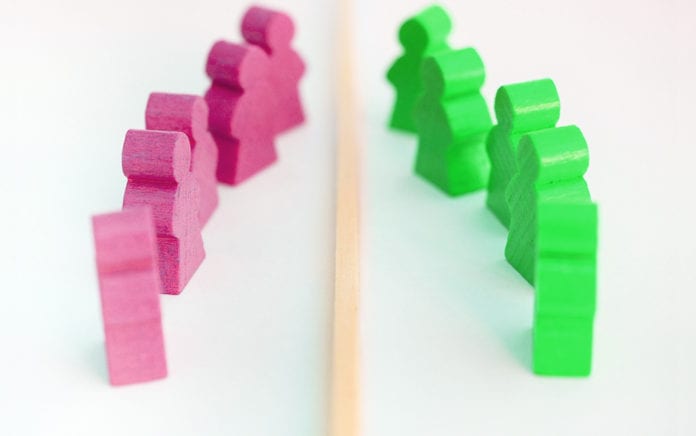 We must remember that our message is not dependent on the precision with which we deliver it, but on the One who is greater.

My first mean street preacher encounter was as a college student at Auburn University. These “preachers” were actually other students who angrily proclaimed messages of damnation to their peers passing by. They left me livid. I hated the lopsided image they portrayed of the God I loved and followed.

In my own fervor (and naivety), I heatedly engaged them in their declarations and attempted to address their mode of operation, in the hopes that I could get them to see how poorly they were representing Christ. I always walked away even angrier. They made Christ look bad. They made me look bad. And I felt that they would harm the witness I was attempting to have with my unbelieving classmates.

The frustration with the methods and motives of others in ministry did not remain in my college days. There is a constant temptation to criticize the methods of other church’s efforts to get people in the door. I am bombarded with aggravation when people take to Twitter to stir up trouble or fan the Facebook flames of controversy just to get more reads. Of course, I can never know for sure the motives of others, but often times there is little room for doubt. It leaves me feeling like my 20-year-old self, angry and frustrated with the portrait it paints of the people of Christ.

“It’s true that some are preaching out of jealousy and rivalry. But others preach about Christ with pure motives. They preach because they love me, for they know I have been appointed to defend the good news. Those others do not have pure motives as they preach about Christ. They preach with selfish ambition, not sincerely, intending to make my chains more painful to me. But that doesn’t matter. Whether their motives are false or genuine, the message about Christ is being preached either way, so I rejoice. And I will continue to rejoice. For I know that as you pray for me and the Spirit of Jesus Christ helps me, this will lead to my deliverance.” —Philippians 2:15–19

The apostle Paul found himself in a much more frustrating and personal situation. He was in prison and had been receiving reports of polarizing firestorms amidst God’s people. There are two important actions Paul takes during that stressful time.

The first time I deeply studied Philippians, these verses put me to shame in the best possible way. I’d spent so many years wasting so much frustrated energy on others with whom I did not agree on their methods or motives. It angered me that they “won.” The very people we had been trying to reach got all caught up in the song and dance they had to offer. Those people we’d invested in and loved on and pursued eventually chose entertainment and comfort over truth and depth.

Then there’s also the public sphere where Christians post and share that which is less than ideal for the image of God’s bride. These instances and more prove to be difficult for me to navigate.

Yet, here we see a man who rejoices amidst the controversy and bad motives—even when that involved a deliberate stirring up of trouble for him. These were personal and deliberate attacks and Paul rejoices in them. He doesn’t agree with the method or the motives, but He recognizes that Christ is being preached. And so, he rejoices.

Beyond the choice to adopt a perspective of joy, Paul is also intentional to cling to the character of God:

• He remembers that God is more powerful than the impure motives of the jealous proclaimers.

• He remembers that the good news of Christ can outperform the manipulations of man.

• He remembers that his Deliverer is not dependent on or deterred by the troublemakers.

• He remembers that prayers of God’s people and the power of the Holy Spirit—not the silencing of the troublemakers—is where to put his hope.

God, lead us to a deeper hold on your sovereignty and power. Help us remember that you are full of mercy and grace … even for the ones who are missing the mark in their ministry motives. Grant us humility to examine our own ways. Help us walk in the example of Christ to do nothing from selfish ambition, but instead in humility count others more significant than ourselves. You are not threatened by attempts to thwart your plans. You are always in control. Help us, Holy Spirit, to remember and depend on your goodness and grace, your power and provision.