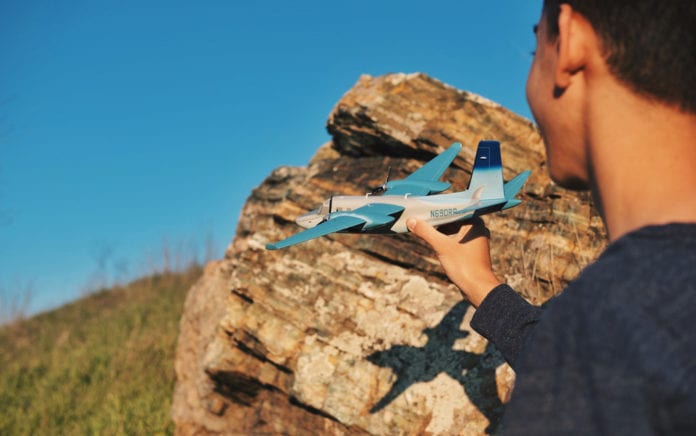 I recently came back on a flight from Orange County. Before departing from California, the pilot announced that we would be arriving in Chicago about 40 minutes early due to some powerful tailwinds. That sounds like great news. However, amazing as those tailwinds are, all they mean in the Chicago airports is that you sit […]

I recently came back on a flight from Orange County. Before departing from California, the pilot announced that we would be arriving in Chicago about 40 minutes early due to some powerful tailwinds.

However, amazing as those tailwinds are, all they mean in the Chicago airports is that you sit on the runway for an extra 40 minutes instead of being in the air. The plane goes to the penalty box—the place where they put planes that get there early before the gate is open.

But despite the penalty box, it did remind me that there are both headwinds and tailwinds to be addressed in this moment when we talk about evangelism. Now, I’ve mentioned before (and many have observed) that we are on a low ebb of evangelistic intent.

We’re in a season where many hear about evangelism in a context of criticism—often, people poke fun at the way another individual or group shares the gospel rather than actually doing it themselves. That’s a pretty significant transition in our culture.

Part of this reality, I believe, is a transition in a cultural moment. We’re still trying to figure out what the future should ultimately look like as we continue to share the gospel.

Let me talk about some of the headwinds we’re facing.

From Nominalism to Pluralism

We’ve moved from a nominally Christian to a more pluralistic and secular society—and that’s a very important shift. In a sense, we’ve lost our home field advantage.

That creates a significant headwind for evangelicals who desire to share their faith.

“That’s mostly what the 2018 GSS results show us. Evangelicals—grouped in this survey by church affiliation—continue to make up around 22.5% of the population as they have for much of the past decade, while the nones, now up to 23.1% themselves, keep growing. (For comparison, the Pew Research Center’s 2014 Religious Landscape Survey put evangelicals at 25.4% and the religious nones at 22.8%.)”

From Outreach Magazine  The Key to Peace in Life

However, the nones are the growing segment—those that have no religious identity, are often secular (with a smaller portion being atheists) but often see many different approaches and paths to spirituality.

I think some can become confused with the classification of nones, as some might interpret “nones” to mean these people are atheists. However, most nones are not atheists. The people who classified themselves as “nones” simply were saying they don’t have a specific identity.

In short, our society is experiencing the shrinking of nominal Christianity and the consistent growth of secularism and pluralism.

This shift from being a nominally Christian society to a pluralistic, more secular society has also profoundly affected the way people perceive evangelism in our culture. There’s been a growing sense of anti-proselytization. In fact, it seems that our time is becoming, in many senses, an anti-proselytization age.

The prevailing attitude is that people can believe anything they want so long as no one tries to convince anyone else to switch their view and thereby convert them to their way of thinking, believing and living.

At the end of the day, the primary objection is the sense of absolute truth that most Christians exhibit.

Sharing the gospel is largely seen in our culture as an act of intolerance to people of other faith groups, no faith or those who hold other forms of spirituality.

This, too, is a part of our changing Western cultural context. To believers in Jesus—and even members of other religious groups in other contexts around the world—this perspective is difficult to understand. Across Africa, Asia and other continents, people are not stunned at all at the notion that somebody would try to share their religious beliefs and practices with a hope that someone might follow them.

In a sense, this should not be surprising to us. As the Apostle Paul communicated, proclaiming Christ and him crucified is a stumbling block to those who do not believe (1 Cor. 1:23).

Jesus died on the cross, for our sin, and in our place. But, that good is only known if we tell it. Despite the headwinds we’ll encounter in sharing Christ within a pluralistic age, we must be willing to embrace and proclaim this stumbling block—Christ crucified and risen—though it may be rejected by many of those around us, and even our culture at large.