Home Features To Catch a Fish, You Have to Think Like a Fish 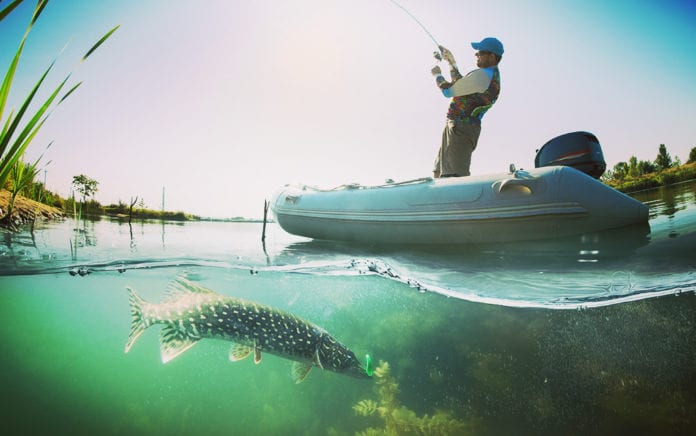 In order to reach non-Christians, you have to understand them and speak their language.

You can’t be a good fisherman unless you learn to think like a fish. You need to learn their habits, preferences and feeding patterns if you want to catch them. Certain fish like smooth, still waters. Others like the rushing rivers. Certain fish are bottom-feeders. Others like to hide among the rocks. If you don’t understand the patterns of the fish you’re trying to catch, you’re wasting your time.

The same is true when you’re trying to reach people with the gospel. Jesus gives us a great example of someone thinking like a fish.

Or you’ll see a church advertise: “Holy Spirit services.” That’s going to scare people away. Non-Christians don’t know what you mean by the Holy Spirit. Is that Casper the Friendly Ghost? You must learn to think—and communicate—like a non-believer if you are going to communicate the gospel to them.

So how do you discover the mindset of spiritually lost people in your community?

1. You spend time with them. I’ve been to China many times. In Asia there’s an old saying that missions involves a lot of tea drinking, and it’s true. You spend a lot of time just drinking tea. Why? It’s what Jesus did. When God wanted to tell us that he loved us, he didn’t send a letter; he sent himself and spent time with us. The Bible says, “The Word became flesh and made his dwelling among us” (John 1:14). Sometimes the most Christlike thing you can do for someone is to show up in their life. Getting to know lost people starts with spending time with them.

2. You talk to them. Sounds simple, but it’s true. The more you talk to non-Christians, the more you begin to get on their wavelength. Then you can build a bridge from your heart to their heart that Jesus Christ can walk across. That’s what I did when I first came to Southern California nearly 40 years ago. I surveyed the people in the community. I found out what was important to them. I didn’t survey the community in order to change the gospel so people would listen to it. But I did listen so I’d know how to communicate the gospel to them. But I didn’t stop with that survey. I make it a regular practice to talk with unchurched people in our community and find out what they’re like.

3. You love them. If you want to understand unchurched people, you need to truly care about them—not just say you do. I know every congregation thinks they love lost people. Most people think their church is loving. But usually that just means church people love each other; warm fellowship doesn’t automatically translate into love for unbelievers. You can’t really get to know spiritually lost people unless you love them. You’ll hold them at arm’s length and never spend the time to get to know them. As you and your church try to understand lost people in your community, ask yourself, “Do we really love the lost?”

If I went overseas as a missionary, I could have all of my doctrine right, be totally scriptural, and have the truth that could change lives, but I’d still have to learn the language.

I don’t expect non-Christians to speak my language as a Christian. I have to learn to speak their language. That’s called love. That’s called caring enough about people and not letting the method prevent the message from getting through.

By the way, just because you learn how spiritually lost people think doesn’t mean you need to think like them. You don’t have to agree with them to reach them. But you do have to understand them.

You’ve got to start where people are. Spend time with the lost in your community. Talk to them. Learn to love them.

Then you can reach them.

This article originally appeared on Pastors.com.