Home Features Soulfires: Evangelism for the Next Generation 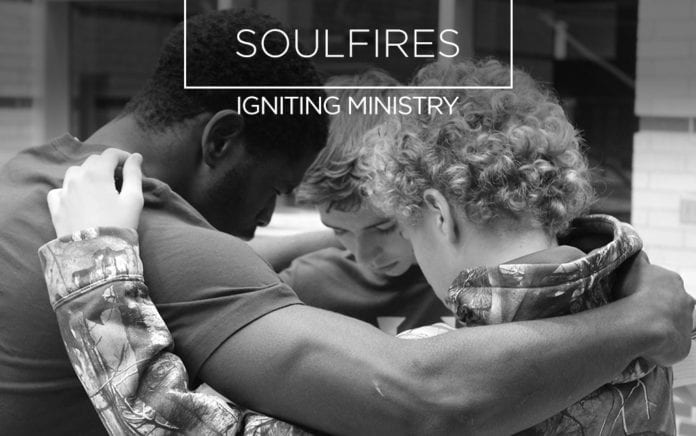 Jordan Whitmer is carrying on his family’s legacy of evangelism and teaching teens #HowToLife.

When Jordan Whitmer was a junior in high school he dreamed of starting a movement of Christian students reaching other teenagers with stories of how Christ had changed their lives. He’s now the 20-year-old CEO of a growing nonprofit called #HowToLife that mobilizes young people across the country to hold student-led evangelistic events in their communities.

The movement officially began in 2014 with a 700-plus event at Jordan’s former high school in northern Arkansas. It has since spread across the nation, with talks of bringing the model overseas to England and Germany. But the seeds for the movement were planted much earlier—before he was born.

A Legacy of Evangelism

Jordan’s grandfather, lifelong evangelist Ron Hutchcraft, got saved in Sunday school when he was 4 years old. His 6-month-old baby brother had died suddenly and mysteriously one night. Out of grief, Hutchcraft’s father, a machinist on the Southside of Chicago, began to drop Ron off at Sunday school each Sunday and wait in the car until he came out. Ron was the first in his family to claim Christ, and on one of the following Sundays, the teacher of the men’s class invited the man outside in the car inside. A few months later Hutchcraft’s father also claimed Christ, followed by his mother.

“My dad might have stayed lost except that somebody came outside the walls to him,” Hutchcraft says. “That’s why I’ve never waited for people to come in; I’ve always been going where the lost people are, kind of outside the walls.”

By age 10 Hutchcraft felt a sense of calling and knew he wanted to travel around the world and share Christ. As a teenager he was very involved with Youth for Christ, and as a freshman at Moody Bible Institute, he formed a gospel team. When he saw people responding to the good news he knew he had found what he’d been put on earth to do. He also began to realize he wanted to equip others to do the same, and began to train teenagers to share their faith with their friends.

In the early ’90s, Hutchcraft was asked to speak on a Native American reservation. Almost simultaneously, the largest report to date on Native American youths was released by the University of Minnesota, and termed them the most devastated adolescents in America.

“I’d been all over the world,” Hutchcraft says, “and I realized that Native Americans are the unfinished business of the American church.” That summer Ron and his wife, Karen, began to take young First Nation people who were Christians to reservations and taught them to share their “hope stories”—the word testimony carries too much cultural baggage—with other youth. The On Eagles’ Wings summer evangelistic ministry was born.

“Part of where Jordan’s vision came from was he watched the power of people from a tribe being the ones to reach that tribe,” Ron says. “He said ‘Look at how this is working. Wait a minute … I have a tribe. It’s the kids in my high school. Why wouldn’t we be the best ones to reach the people in our school?’”

From the time Jordan was an infant, his parents, Rick and Lisa Whitmer, brought him along on these summer mission trips to reservations. They had fallen in love on a college mission trip to the Philippines with Youth for Christ. A couple years after they were married, Rick joined Lisa’s father Ron’s evangelistic ministry as the field director.

Lisa says, “My dad really made time for us when I was growing up; I never felt like as a family we ever took a back seat to my father or his ministry; family was always huge and it still is to this day.”

One day, the family was hanging out in their RV. Jordan was about 6 or 7 years old, and had spent several summers observing the family’s way of doing ministry. He noticed a couple Native American children sitting by themselves. Jordan couldn’t sit still—he asked his parents if he could talk to them about Jesus.

“I knew at that point,” says Lisa, “that Jordan shared the family’s DNA of evangelism.”

From Outreach Magazine  Pastoral Care During the Pandemic

In the third grade Jordan began leading his school’s See You at the Pole events every year. In junior high he found a teacher to sponsor a Bible club that would meet early in the morning in a classroom before school. As he transitioned to high school, he invited friends to meet for a discipleship group in his parents’ house.

“All that background set the stage for him to say, It’s my time now. Who’s in best position to reach another high school student?” Rick says. “My son and I and Lisa are a family partnership; we talk a lot. Jordan and I have a neat relationship. We love to talk strategy and ideas and how we can improve and do things better. I’ve always been a coach and a cheerleader for him.”

The #HowToLife movement was born at the Whitmer family dinner table with a group of friends from one of Jordan’s discipleship groups. Jordan, at that point a junior in high school, wanted to make an impact for eternity before he graduated.

“That was when I realized that I only had a year and a half left at my public high school and I wanted to make my life count as a high school student, and see as many people in my community be impacted for Christ as possible,” he says.

“So I got with some of my friends and we talked about the importance of reaching Generation Z, our friends, for Jesus, and realized that so many of the teenagers and people at our high school and other area schools seemed to be on the fence spiritually and believing in God but not necessarily wanting to truly follow him,” he says. “What if we could have an event completely led by the teenagers of our community to reach our friends for Christ?”

The first #HowToLife event in March of 2014 was indeed student-led, and more than 750 students attended. It featured worship, speakers and students sharing their testimony about all that Jesus has done in their life. At the event, 75 teenagers came to Christ.

In the three and a half years since that first event, there have been 34 completely teenager-led #HowToLife events in 13 states from coast to coast. Recently, Jordan has been meeting with student leaders from England and Germany to discuss taking the vision of #HowToLife overseas.

David Jones, the director of the Luis Palau Association’s Next Generation Alliance, remembers meeting a 14-year-old Jordan Whitmer for the first time at a National Religious Broadcaster’s dinner that Jordan was attending with his dad. Even then, Jones remembers Jordan had a vision to mobilize high school kids to reach other high school kids.

“Jordan’s fortunate that he’s had a father and grandfather who have been wonderful models for him,” Jones says. “He was well-discipled, taught and raised by extended family. The adults in his life have recognized his giftedness and have affirmed and been available to help him develop and taken special interest in his passion.”

In early 2017, Jordan formally joined the Next Generation Alliance—like his dad and grandfather before him—and at age 18 was the youngest member.

“The Palau team and NGA leadership are incredible. I’ve been to several conferences, and enjoyed being able to meet and network with people involved in the same great commission,” Jordan says. “There’s a lot of mutual encouragement.”

Equipping the Next Generation of Evangelists

The idea for the Next Generation Alliance was formed in 1998 when Kevin Palau was on an international flight to Hong Kong to train evangelists on behalf of his father’s Luis Palau Association. Conversations within the organization had recently begun to shift to the issue of how to equip the next generation of evangelists, and Kevin Palau stumbled upon an article in INC magazine about Bill Gross’ Idea Lab incubators for Silicon Valley startups where entrepreneurs could grow and learn together.

At the time there was “no ongoing relational network that existed just to help young evangelists,” Palau said. So he thought to himself, Why don’t we [the Palau team] be an incubator for evangelism?

So he established the NGA with the purpose of identifying, affirming and equipping evangelists. He opened up the Palau Association’s vast storehouse of evangelism tools and knowledge to a network that has grown to more than 700 evangelists in the past 20 years. Palau has a vision to see it grow to 10,000 evangelists in 150 countries by the year 2020.

He says it’s “confirming for someone that has a gift to hang around with others: OK, yes, I’ve found my own tribe.”

David Jones describes the NGA as a “trade association for evangelists.”

“I’ve tried to emphasize that evangelists can reach more people and more efficiently when they collaborate with other evangelists,” he says. “An evangelist without a team isn’t going to go far.”

Beyond simply collaboration, the NGA plays a pivotal role in encouraging and equipping evangelists with conferences, practical resources and advice on organizational management and best practices.

“I think there’s a huge opportunity for older leaders to take it upon themselves to be a blessing to the next generation,” Jones says. “I find there are a lot of young men and women passionate about faith, evangelism, wanting people to come to faith; all they want is someone to come alongside them to encourage and support them. They just want someone with grey hair to come alongside them and believe in them.”

After he graduated from Liberty University this past May, Jordan made a point of going out to the Palau Association headquarters in Portland, Oregon, to interview all the department heads and learn as much as he could about the nuts and bolts of running a nonprofit evangelistic organization, including advice on auditors and tax issues.

“There are a lot of Jordans out there,” David Jones says. “A lot of gifted teens who want to be trained and mobilized, and we in the church treat them like they’re still in Awana.”

Jordan Whitmer is gradually aging out of the high school demographic he’s been trying to reach through #HowToLife events. He has moved more from being the point person to equipping the point people for events. And he’s just fine with that.

“One of Jordan’s gifts is seeing the gifts of others. He loves to find people and plug them in. He knows it’s first about Jesus,” says his mom Lisa. “Jordan believes in young people; he’s seen generations of his family believe in young people.”

Like his parents and grandparents before him, Jordan is seeking to mentor and equip teenagers to share their faith with the people in their “tribe.” According to some statistics, 60 to 80 percent of people come to know Jesus before age 18. And teenagers listen to their friends more than to any other person.

“The Christian teenager may be last best chance for someone to come to know Christ,” Jordan says. “I want to see a generation of young believers step up. I tell them you don’t have to wait until you’re 25 and have a seminary degree. You can make a difference now.”