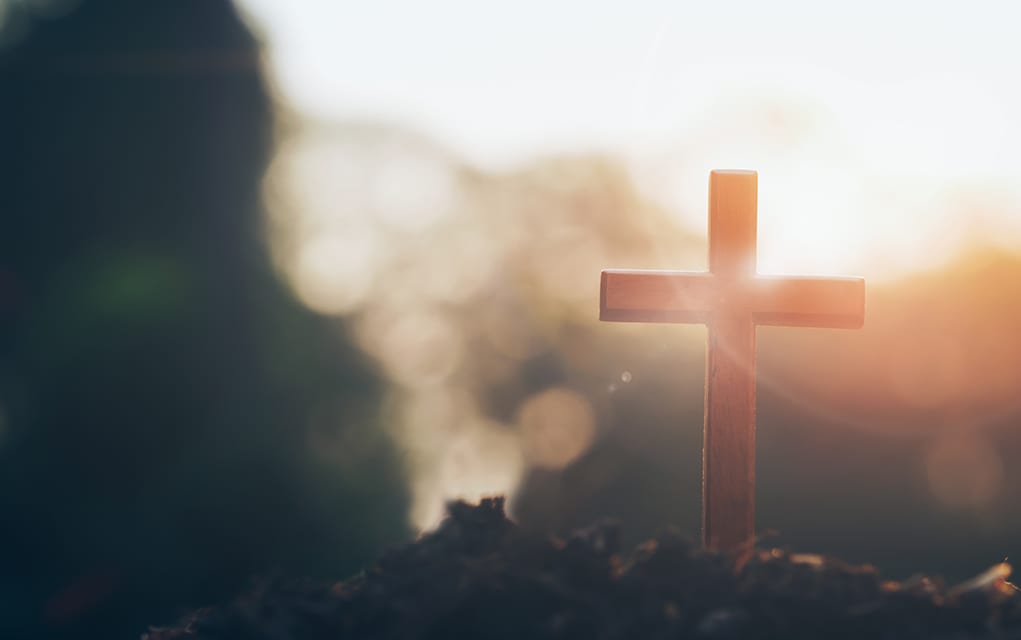 A large part of sharing the gospel in a post-Christian culture is being sensitive to the potential confusion of our listeners.

The mission of the church is to reach those who are far from Christ with the life-changing message of the gospel. In today’s post-Christian culture, that means our primary cultural currency needs to be explanation. So why do many churches seem to have trouble when it comes to offering that explanation? Much of the problem rests with what has been called the curse of knowledge.

Okay, now that you’ve done that ask yourself, “Do I think most people would guess the song based on my beats?” It’s such a familiar song that, if you’re like most people, you probably imagine they would have.

This was an actual experiment conducted at Stanford University. Researchers found that listeners were able to guess a song right only about 2.5 percent of the time—getting three songs out of about 120. But here’s what’s interesting. The person tapping out the songs thought those listening were getting it right at least 90 percent of the time. So the listeners were getting the song right only one time out of 40, but the tapper thought they were getting it right one time out of every two. The difference was that the tapper was hearing the song in their head. While they were tapping, they couldn’t imagine the other person not hearing the song in the background.

This is called the curse of knowledge. Once we know something, we find it hard to imagine what it’s like not to know it.

Have you forgotten what it’s like to be apart from Christ?

The world needs you to remember.

We’re so used to talking to the already convinced that we have lost our intuitive sense of what it means to talk to someone who isn’t a Christ follower.

When I’m preparing a message, I assume those listening have no knowledge whatsoever in terms of the Christian faith. I never use terms such as Trinity, revelation, sin or grace without explaining what they mean. Even something as elemental as how I reference a passage in the Bible is explanatory in nature. Instead of saying, “This passage is from John 1:14,” I say something along the lines of, “This is from the biography of Jesus written by John, one of our four biographies in the Bible.”

As much as I consider myself sensitized to this as the pastor of a church with more than 70 percent of its growth from the unchurched, I still get startling reminders that keep me on my toes, such as this response from a woman following an email about an upcoming celebration of the Lord’s Supper:

“Thanks for the informative email. I have been going to Meck for about a month now and I love it! I have even talked my two friends into joining. We are all thankful to be part of an awesome church with great values. I do have one question. I remember hearing about … [an upcoming] celebration of the Lord’s Supper. What does that mean? … What is a celebration of the Lord’s Supper? Does that mean we all bring some kind of food to share? I am planning on going … but I wanted to make sure I bring something if need be. Any information you can provide … would be greatly appreciated!”

Such illiteracy is not confined to biblical knowledge; it involves the dynamics of spiritual life itself. I have to show how a life that follows Christ is actually marked by that following. This means I have to apply the Bible’s teaching to life’s most pressing challenges, conflicts and choices. The goal is to illustrate what a Christ follower would do or think, and how following Christ’s example is always the better road. This is why, besides the life and teaching of Jesus, one of the most important books of the New Testament to teach regularly is the book of James. It’s the primer on how to live differently as a spiritual person.

At the most basic level, the goal is to hold both grace and truth together. Truth without grace is just judgment. Grace without truth is license. Only authentic Christianity brings together both truth and grace. Which isn’t surprising, considering that this is precisely what Jesus brought when he came.

In John’s Gospel, a theological bombshell was offered almost as an offhand comment: Jesus “came … full of grace and truth” (John 1:14). Jesus accepted the woman at the well despite her culturally scandalous ways, but he followed the acceptance by challenging her directly about her serial promiscuity. He stopped the stoning of a woman caught in adultery and made it clear he was not going to condemn her, but then he pointedly admonished her to turn from her adulterous ways. Grace and truth, as they flowed from Jesus, were inextricably intertwined.

They also flowed from him in a way that was winsome. The very people he challenged about the state of their lives wanted him to come to their parties and meet their friends … and then challenge them. Jesus offered neither a feel-good theology that airbrushed out any real talk of sin nor legalistic attitudes of harsh condemnation and judgment. He came bringing grace and truth at their best and most compelling.

Most of us swing in one direction or another, either toward grace without truth or toward truth without grace. We either side with the woman caught in adultery and trumpet, “Neither do I condemn you,” or we side with those who want to highlight “go and sin no more.” Today I sense most are trending toward grace without truth. It’s as if we are so ashamed of the judgmental, condemnatory nature of the church’s history that we’ve swung as far in the other direction as we can. While understandable, the reality is that lukewarm religion holds little value in the midst of a settling secularism. What grips a conscience is anything gripping.

If a worldview or faith lacks conviction, passion or life-change, then it is presenting itself as both privately and socially irrelevant. This means that the only kind of voice that will arrest the attention of the world will be convictional in nature, clear in its message, substantive in its content and bold in its challenge. Translation: grace and truth in equal measure.

Tell me more about this book »
Order this book from Amazon.com »
Read more from James Emery White »