Home Features Why No Prayer Is Too Weak 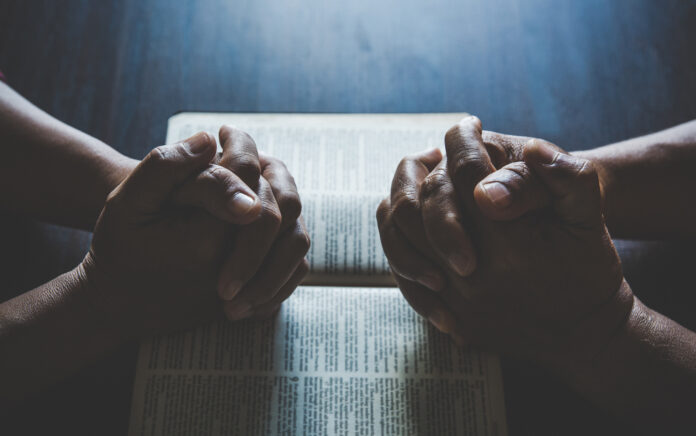 God is not limited by the level of our faith.

The 12th chapter of Acts depicts terrible and violent times for the Christians of the early church. If you live in the peaceful West, you’ll find it hard to relate to what it was like to live under constant threat and in constant fear simply because of what you believe. Sadly, there are millions of our brothers and sisters around the world who reside in regions where violence is a regular response to biblical faith.

Herod, the king at the time, wasn’t much of a theologian; he didn’t oppose the followers of Christ because of their specific beliefs. What he was concerned about more than anything was retaining his position of political power. If the Jewish leaders began to cause conflict in his territory, it would bring on him the negative attention of Caesar. Because the Sadducees and Pharisees saw those who followed Jesus as a threat, Herod set out to crush this “insurgent sect” of Christians.

Herod began to lay violent hands of some who belonged to the church. He killed James, the brother of John, with the sword, and when he saw that it pleased the Jews, he proceeded to arrest Peter and put him in prison (v. 1–3). It wasn’t hard for Peter’s brothers and sisters in Christ to guess what would happen next. Herod was going to make a public spectacle out of Peter’s execution and gain even more support from the Jewish leaders that was critical for retaining control.

THE POWER OF PRAYER

The early church at that time had no political power, and therefore no way of convincing Herod to release Peter. Yet they were not without influence. Jesus had modeled for his followers the most powerful tool that any group of people could ever use: prayer. So, in faith, “earnest prayer for him (Peter) was made to God by the church” (v. 5, parentheses mine).

As the church prayed, God answered. An angel appeared in Peter’s cell, his chains fell off, and the angel told him to get dressed and to follow. Even Peter wasn’t prepared for God to answer in this way. Put yourself in his sandals. Just like Peter (see v. 9), we would have probably asked, Is this a dream? Am I having a vision? Will I wake up from an optimistic sleep walk to the miserable reality that I’m still in chains and facing death?

It wasn’t until Peter had passed all the guards and was out on the street that he came to himself and realized that this was, in fact, real life. He had been freed by a power infinitely greater than Herod or Caesar would ever possess: the power of the Lord Almighty. Probably still in some disbelief, he proclaimed, “Now I am sure that the Lord has sent his angel and rescued me from the hand of Herod and from all that the Jewish people were expecting” (v. 11). And what were the Jewish people expecting? His public execution, which would have been a horrifying blow to the fledgling band of Jesus followers.

THE BIBLE CAN BE AMUSING

It’s important as we read these stories of faith to immerse ourselves in the narrative. We should feel the terror and discouragement of the early church as Herod was out on a violent quest for Christian blood. We should relate with Peter when he had doubts or confusion about God’s ability to perform rescuing wonders. And, we should laugh at the humor that this story took on next.

Once freed from prison, Peter headed to the house of Mary, where he was certain the prayer meeting for his deliverance would be held. He arrived while his brothers and sisters were still praying and started knocking. Rhoda, the servant on call, recognized Peter’s voice and was so overcome with joy that in her haste to report back to the others that their prayers had been answered, she forgot to open the gate and let him in. How funny. In a miraculous act, Peter was no longer locked up by chains, soldiers and prison bars, but he was now locked out of the house by those whom were praying fervently for his release.

Meanwhile, the believers inside didn’t believe that God had actually delivered what they were praying for, telling the servant that she’s out of her mind (v. 15). Rhoda kept insisting, but they kept retorting that it wasn’t actually Peter outside, but his angel (I didn’t know that each of us had an angel.) After who knows how long, it was Peter’s incessant knocking, bless his heart, that convinced them that either this was a very persistent angel, or that Rhoda was telling the truth. Finally, they went to the door and upon opening it, were amazed to see that God had answered their prayer in such a miraculous way.

DON’T DISTANCE YOURSELF FROM THE STORY

Whenever we read biblical stories like this, it’s natural for us to distance ourselves. Maybe it’s because of the differences in historical and cultural context, but when we do, these stories of faith lose their transformative power. Remember, the purpose of Scripture is not just to inform us of what happened, but to transform us through what happened.

Put yourself in the middle of this frightened and confused band of believers. They had seen Jesus suffer and die, but then he rose and appeared to them, demonstrating his power. He commissioned them to carry the message of eternal and abundant life before ascending into heaven, leaving them with marching orders.

Suddenly, the same opposition that led to the death of their Messiah was now targeted towards them. James had been murdered, and then Peter, probably their principle leader, had been imprisoned and was surely facing execution. They gathered to pray, but all things considered, prayer probably didn’t feel like much of a weapon. Yes, their prayers were earnest, but their expectations were low.

I love this story of faith because it encourages us to be honest about our faith and prayers as we face the realities of life in a fallen world. Six things stick out to me in the narrative:

1. There Are No Heroes of Faith.

I’m heartened by the fact that that night in Mary’s house, there were no grand exemplary heroes of faith. No one was brimming with courage, no one seemed to be free from doubt, and no one seemed to be assured of what God would do. Even though they prayed, they found the power and compassion of the God to whom they were praying to be surprising.

By reminding us that there is only One hero of the faith—that is, the Lord Almighty—this story invites us to be honest about our weak faith and little prayers.

No matter what we face, we never face it alone. It’s amazing enough that God is near and hears us, but ultimately what matters is that the One who is near and who does hear is in absolute control of every situation, location and relationship we pray about.

Even more amazingly, Ephesians 1:22 tells us that Jesus, sitting at the right hand of the Father, rules over all things for the sake of the church. He exercises his sovereign power over everything, not just for his own glory, but also for our redemptive good. When we remember this truth, our faith in prayer will grow stronger and replace our worry.

This bad theology causes the church to forsake its core message, to strike questionable alliances, and to do things to get power that are unbecoming to the followers of Jesus Christ. This story of faith reminds us that the grand transformative power of the Church of Jesus Christ is not political power, but spiritual power.

4. Weak Faith Is Productive, and Little Prayers Are Answered.

God’s response to prayer is not directly proportional to the size and strength of the faith of the person who prayed. If that were so, most of my prayers would not be heard, and I would imagine the same is true with you. This story illustrates just the opposite, and Matthew 17:20 tells us that faith even the size of the smallest seed has the power to cast mountains into the sea.

I’m concerned about a prayer legalism that regularly effects the church. It tells us that we’re not getting answers to our prayers because we haven’t exercised enough faith. That not only leaves us feeling guilty, but also wondering what in the world we have to do to generate more faith. The Bible, on the other hand, teaches that the littlest of faith is a radical submission of yourself to the Lord, and that even the weakest of prayers is an act of worship that honors the One to whom we pray.

5. Doubt Is the Normal Experience of Every Believer.

No matter how theologically astute or biblically literate you are, you’ll still have mysteries in your life. Between the “already” and the “not yet” there will be moments when God confuses you, when it seems like he isn’t answering, and when he feels distant and uncaring.

In other words, there will be moments when life just doesn’t make any sense. What sense does it make to commission the church to take the gospel to the world and then allow one of its principle leaders (James) to be killed and another (Peter) to be captured?

All of us will face situations like these believers when doubt, confusion and fear is more natural than confidence in God. The question is: What will you do with your doubt? Will you get mad and walk away from God, or in the pain of doubt will you cry out to God for help, exercising weak faith and little prayers?

This little story preaches grace to us. God didn’t ridicule the Christians gathered at Mary’s house for their weak faith and little prayers. No, he met them with comfort, encouragement and power.

You and I didn’t purchase our salvation through personal righteousness, nor do we purchase God’s answers by the strength and size of our faith and prayers. The Lord knows we’re weak, and that why he has promised to be our strength and to exercise his authority on our behalf.

Your brothers and sisters in Acts 12 teach you to quit hiding your doubt, quit denying your weakness, and quit sanitizing your struggles of faith. Confess that you’re feeble and then run to the only source of strength who will meet you where you are and do for you what you could never do for yourself.

The One to whom you pray is tender, slow to anger and abounding in love. He has promised that he’ll never turn a deaf ear to the little prayers of his children, no matter how weak.

From Outreach Magazine  Leading Through This Wilderness