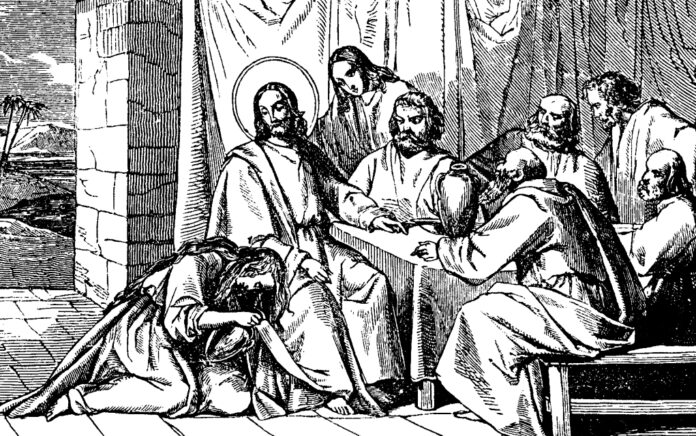 Cultivating a heart of surrender and choosing what is best.

As begin a new year, it’s a good time to reflect and look back. Maybe there are some things we wish we would have done, or maybe we have regrets about things that we did do.

I’m reminded of a statement Billy Graham made during a television interview not long before he went to be with the Lord. When asked if he had any regrets in life, he replied, “I would study more. I would pray more, travel less, take less speaking engagements. I took too many of them in too many places around the world.”

He continued, “If I had it to do over again, I’d spend more time in meditation and prayer and just telling the Lord how much I love him and adore him and [am] looking forward to the time we’re going to spend together for eternity.”

In the New Testament book of Mark, we find the story of a woman who did what Billy Graham wished he had done more of. She spent a lot of time telling Jesus how much she loved and adored him. Then she did something very special, something that was largely missed by the other disciples.

Yet Jesus said of her, “I tell you the truth, wherever the Good News is preached throughout the world, this woman’s deed will be remembered and discussed” (Mark 14:9).

Jesus was headed to the cross. He plainly declared that to his disciples at a place called Caesarea Philippi. He told them he would be betrayed and crucified, and he would rise again on the third day. This came as bad news to them, because his popularity was at its peak. The name of Jesus was on everyone’s lips. He would have been trending on social media if it had been around back then.

What Was Really Happening

But ironically, the same people who were expressing interest in him soon would turn against him when he made his way to the cross. Even his own handpicked disciples didn’t fully understand what he was about to do.

We just celebrated Christmas, the Incarnation. Yet the birth of Jesus took place so there would be the death of Jesus. This was always the plan from the very beginning. Even though Jesus spoke about it in great detail, the apostles missed it. But one person got it and seemed to understand what none of the others understood. Her name was Mary.

Now, there are several women named Mary in the Bible, so sometimes we get confused. There’s Mary, the mother of Jesus. Then there’s Mary Magdalene. There’s also Mary, the sister of Martha and Lazarus, and she is the Mary in Mark’s story. It’s worth noting that every time we read of Mary, she’s sitting at the feet of Jesus. Maybe that’s why she had this great insight.

One occasion when Jesus visited the home where she lived with Martha and Lazarus, Martha was busy preparing a great feast for Jesus. Mary, on the other hand, was sitting at his feet. This frustrated Martha, so she demanded that Mary start helping her.

But Jesus made an amazing statement: “My dear Martha, you are worried and upset over all these details! There is only one thing worth being concerned about. Mary has discovered it, and it will not be taken away from her” (Luke 10:41–42).

Mary chose what was better.

We have that same choice in this new year. In fact, we will face this choice to do the right thing thousands and thousands of times. We can be like Martha, flitting here and there, going about our business. Or, we can be like Mary and take the time to sit at Jesus’ feet to hear what he has to say.

When you choose what is better, as Mary did, you’re making the best choice. That’s where she discovered the essential truth that Jesus was coming to die on the cross. Of course, it seems obvious to us now, but no one else got it.

Mary understood that’s where Jesus was headed, so she wanted to do something profound, something significant that would show her thankfulness to him.

Mark tells us what happened: “Jesus was in Bethany at the home of Simon, a man who had previously had leprosy. While he was eating, a woman came in with a beautiful alabaster jar of expensive perfume made from essence of nard. She broke open the jar and poured the perfume over his head” (Mark 14:3).

This perfume probably was a family heirloom, worth a year’s wages. Just a few drops from a bottle like this would have been sufficient. But Mary poured the entire bottle on Jesus. She gave the most precious thing she owned to Jesus.

What is more valuable to you than anything else? Would you be willing to give it to Jesus? That’s what this was all about.

However, some of the people who witnessed Mary’s act of devotion criticized her for it. They said, “Why waste such expensive perfume? It could have been sold for a year’s wages and the money given to the poor!” (vv. 4–5).

But Jesus told them, “Leave her alone. Why criticize her for doing such a good thing to me? … She has done what she could and has anointed my body for burial ahead of time” (vv. 6, 8).

Those who criticized Mary are typical of so many people today. Like dutiful Pharisees, they want to give the bare minimum to God. They will ask questions like, “Can I do this and still technically go to heaven? Can I get away with this and still call myself a Christian?”

Those are the wrong questions. They’ll give their leftovers to God, if you will. They’ll pray briefly—if they think of it. They’ll read the Bible—if they can make time in their busy schedules for it. And what’s even worse, they’ll criticize others who are more committed to God than they are.

I think one of the reasons the early church changed their world was because they had a sense of abandon. They took risks and left their comfort zone.

We have a new year with new opportunities before us. Let’s seize the moment.