Home Features Where Do We Find Spiritual Refreshment? 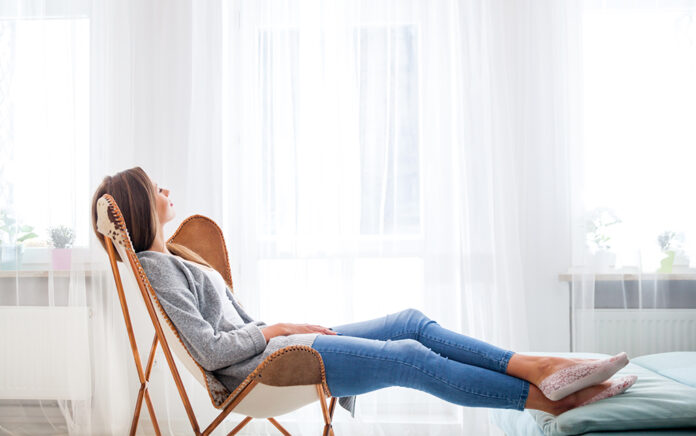 Three proven ways to find deep renewal for our souls.

I love the word refresh. It’s such a perfect word to describe starting again or returning to something. In fact, we even use it as a computer term. Sometimes when I’m working on my computer, leave it for a while, and then come back, things freeze up. Certain programs aren’t working properly anymore. So I have to refresh my computer screen. And there are times when that means I need to completely reboot.

On the day of Pentecost, Peter said to the people, “Repent therefore and be converted, that your sins may be blotted out, so that times of refreshing may come from the presence of the Lord” (Acts 3:19).

The word refresh means “to give new strength,” “to give energy to” and “to reinvigorate.” Could you use some spiritual refreshment right now? The place to find that is from God himself.

1. Refreshed in the Word of God

The Bible is very specific about how we can find refreshment for our souls. For example, Psalm 19 says, “The instructions of the Lord are perfect, reviving the soul” (v. 7). We will find spiritual refreshment when we read and study the Bible.

Of course, it isn’t always an emotional experience when we open up the Bible and read it. But this is not about emotions; this is about replenishment. This is about restoration, getting perspective on life, and getting direction from God. And as you open the Bible, the Word of God, it will refresh your soul.

Have you ever been reading the Bible and suddenly a verse seemed to jump off the page? Maybe it was a verse you’ve read before, but amazingly it had new meaning and applied to your particular situation. That is finding refreshment from the Word of God.

You also will be spiritually refreshed when you think of others more than yourself. I know this is counterintuitive to the selfie culture in which we’re living. People are trying to get more followers on social media and are very aware of their image. And sadly, we’ve heard stories of people who have literally died trying to get the ultimate selfie.

The truth is that when you stop thinking about yourself so much and instead think about others, it will refresh you spiritually. The Bible actually tells us, “Those who refresh others will themselves be refreshed” (Prov. 11:25). As you’re giving to others, you’ll find that you’re replenished yourself.

There is also refreshing power in prayer. Why do we put off prayer? Why do we avoid praying? Allow me to offer some observations. Maybe we don’t pray more because we think we don’t have the time.

But is that really true?

How much time do we spend on social media every day? The latest research says that people in the United States check their Facebook, Twitter and other social media accounts 17 times per day. That’s once every waking hour.

Imagine if you prayed 17 times a day instead of checking your social media. John Piper put it this way: “One of the great uses of Twitter and Facebook will be to prove at the Last Day that prayerlessness was not from lack of time.”

How true is that? Then factor in all the hours we spend binge-watching shows on Netflix, Amazon Prime or some other outlet. We can waste so much time. So don’t say that you don’t have time to pray. The fact is that you will make time for what matters to you.

Maybe we don’t pray because we don’t think prayer is all that important. Of course, we never would admit that outright. But do we really think it’s important? I can assure you that it’s very important.

Why Prayer Is Crucial

The Old Testament book of Joshua tells a story about the Israelites who were led out of the bondage of Egypt into a new land flowing with milk and honey. But there was an obstacle in their path: the mighty city of Jericho, a huge fortress. There was no way they could bring it down militarily, but God had said he would give them that city.

So they prayed and called on God, and he gave them a battle plan, which I have to admit was pretty unorthodox. They marched around the city, yelled, and blew trumpets. But it worked. The walls of the fortress crashed down, and they took control.

Maybe another reason we don’t pray more is because we don’t think that prayer really works. Again, we wouldn’t admit that, but it may be the case. Let’s understand what the objective of prayer is. It is not to align God with our wills; it’s to align us with his will. God is not a genie; he’s our Father in heaven.

If you’re studying and memorizing Scripture and understanding the message of the Bible, then your desires will change. Thus, your prayers will change as well.

Do you want to be spiritually refreshed? Then study the Bible, the Word of God. Put the needs of others above your own needs. Spend time in God’s presence through prayer. Then you’ll find the refreshment you’re looking for.

From Outreach Magazine  God’s Love for the Broken

This article originally appeared on WND.com and on Greg’s blog and is reposted here by permission.