Home Features What Sustains Our Courage as Christians? 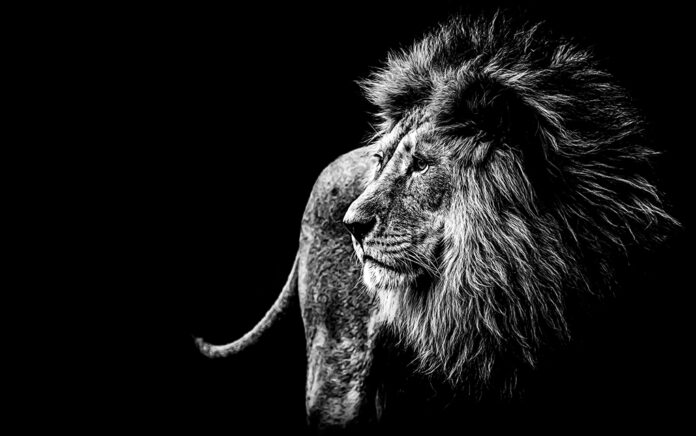 Three characteristics of courage from Daniel 3 and what they teach us about trusting God in the midst of fearful circumstances.

You may think of yourself as a naturally courageous person, but that’s not me. I’m usually the “Veronica, did you hear that noise downstairs? You should go check it out” guy. For most of us, courage is something we have to learn and develop.

What we learn in Daniel 3 is that courage is an essential quality of those who would shine in Babylon. In the story of Shadrach, Meshach, and Abednego, we see the soul of Christian courage—both its substance and the fuel that sustains it.

1. Christian courage believes that God can.

Shadrach, Meshach, and Abednego’s answer to King Nebuchadnezzar’s threat shows us that these three Hebrew teenage boys had no doubt who the biggest daddy in this little drama is: “Our God whom we serve is able to deliver us from the burning fiery furnace” (Dan. 3:17).

This is where courage begins: God is bigger. He’s bigger than cancer or a lost job or a broken marriage. He’s bigger than your sin and shame, bigger than the grave. And if you are his child, nothing happens to you without his permission. Not even a hair from your head falls apart from his knowledge. So, the hymn-writer asks,

Why should I feel discouraged? Why should the shadows come?
Why should my heart be lonely, and long for heaven and home,
When Jesus is my portion? My constant friend is he.
His eye is on the sparrow, and I know he watches me.

Christian courage believes that God can.

2. Christian courage expects that God will.

When Shadrach, Meshach, and Abednego said, “And he will deliver us out of your hand, O king” (Dan. 3:17). How did they know that? They didn’t. We see that in the next phrase: “But if not …” They didn’t know how it was going to turn out, but they had this suspicion in their hearts that God would deliver them because they understood his goodness and his willingness to showcase the glory of his name.

Many of the great feats of faith in the Bible were not done in response to a direct command of God or with a promised guarantee of how it would turn out.

In 1 Samuel 14, the Israelites were under oppression by the Philistines. Only two swords remained among them, and Jonathan, King Saul’s son, had one when he came upon a garrison of 20 Philistines. Jonathan said to his only companion, a young armor-bearer, “Come on, let’s cross over to the garrison of these uncircumcised men. Perhaps the LORD will help us …” (v. 6). If I were that armor-bearer without a sword, I would have needed a bit more than just “perhaps.” But Jonathan expected that God would glorify himself.

Jonathan’s words sound like what David says in Psalm 27:13: “I am certain that I will see the LORD’s goodness in the land of the living.” That means we don’t just expect rewards in heaven; we expect to see God breaking into our lives now with the evidence of his goodness.

Think about how many of Jesus’ miracles came about because someone, without a promise or a plan, took a dare on Jesus’ goodness, like the woman with the blood disease who came up behind Jesus, thinking that if she could just touch the hem of his garment, she’d be healed.

In her story, as we see multiple times throughout the Bible, God rewards those who don’t just believe that he can but also expect that he will.

Shadrach, Meshach, and Abednego believed that, even if God let them die in the furnace, they would rather die in the flames with just God than live in a palace with just the king.

Courage believes not only that God is bigger than the opposition but also better than all the alternatives.

This is why Jesus is enough: There was a fourth man in the fire with Shadrach, Meshach, and Abednego, and because of that, they came out of the flame totally unharmed. This whole scene prefigures Jesus going through the cross: He was thrown into the fires of judgment with us, and so we came through judgment totally unharmed.

There is therefore no condemnation for those who are in Christ Jesus. The hair on our head is not singed with judgment; our clothes are not burned. He took the flame so we could emerge in safety, not a trace of judgment anywhere on our bodies or even our clothes, with only the ropes of our bondage to sin burned away.

If he went into the ultimate fires of judgment for us and kept us totally safe and free from harm there, don’t you think he’ll keep you in whatever lesser fires you go into now?