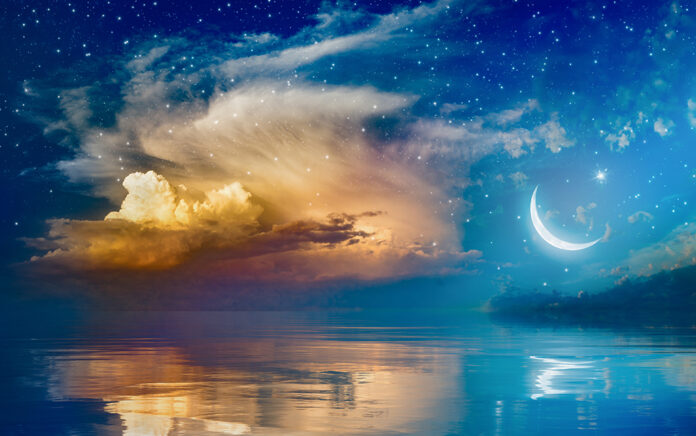 Have you ever seen a really suspenseful movie for the second time? Your experience the second time around is much different than the first because you know what’s going to happen. Of course, I didn’t even get that far with the gripping documentary Free Solo, about a rock climber who scaled Yosemite’s El Capitan with no ropes or harnesses. I remember being so nervous that I actually paused the documentary, went online to see if the man was still alive, and then returned to watching the movie in a much calmer state.

Pressing fast-forward was helpful, because things in the present look different from the perspective of the future.

In Luke 12, Jesus tells his disciples to press fast-forward for a moment and think about their present lives from the vantage point of the end. He wants them to learn that it is only by thinking clearly about the future that they will live wisely in the present.

The second coming of Christ is the most talked about doctrine in the Bible. New Testament writers use the second coming to motivate obedience to almost every moral command found there—in other words, you gain the strength to obey God’s commands by reflecting on how close eternity is.

If you want to live your life in a state of readiness so that you are faithful, then there are three characteristics you should take on.

“Blessed are those servants whom the master finds awake when he comes.” —Luke 12:37

Or, blessed are those who are active to the task Jesus left to us: the Great Commission. Our mission is to make disciples from every nation. The Greek word for “nations” in that verse is referring to the different ethnic and language groups in the world, of which there are still 7,413 unreached today. They represent 3.23 billion people, 1.7 billion of whom have never heard the name of Jesus.

The task is not finished until there is a thriving church planting movement among every one of them. It’s what God is doing on earth right now and what he wants us to be doing as well.

What else should we be doing? In Luke 12:42 Jesus describes the “faithful and wise manager” as the one who gives others their portion of food at the proper time.

Blessed are those who are awake to their task and active in it when the Master comes!

The servants who got in trouble in this parable were those who were either unsure of Jesus’ return or just forgot about it. When we are sure Jesus is coming back, we look at everything differently, including the way we view sacrifice. We can endure sacrifices on earth because life is temporary and eternity is forever.

One of my missionary heroes is Adoniram Judson. Judson wanted to marry a girl named Ann Hasseltine and so wrote this letter to her father:

“Can you consent to all this, for the sake of him who left his heavenly home and died for her and for you; for the sake of perishing, immortal souls; for the sake of the glory of God? Can you consent to all this, in hope of soon meeting your daughter in the world of glory, with a crown of righteousness brightened by the acclamations of praise which shall resound to her Saviour from the lost who were saved through her means from eternal woe and despair?” (adapted from Edward Judson’s The Life of Adoniram Judson, pg. 20).

John Hasseltine said “yes,” and Ann and Adoniram got married and went as America’s first missionaries to Asia, where every one of those terrible things Adoniram predicted—and many more—came true.

How could Adoniram and Ann and their parents endure these things? Because they believed time was short, eternity was real and the Master was coming back soon.

Live in a way that only makes sense if Jesus is coming back soon. That’s what it means to live ready.

Most sobering in this parable to me is how Jesus describes the fate of those who neglect their Master’s return. Though they aren’t overtly evil people—just people who got distracted and failed to actively pursue their task—they are given severe punishment and assigned a place with the unfaithful.

In the United States, we live in a land of abundance, and that is God’s gift to us. But it is easy to become so besotted with the benefits and pleasures that come from wealth that we forget why God gave that wealth to us. C.S. Lewis famously said, “Wealth has a way of knitting a man’s heart to this world” (adapted from Lewis’ The Screwtape Letters). We forget that God gave us what he gave us for eternal investment, not temporary pleasure.

Faithful disciples ask themselves why Jesus gave them what he gave them and whether or not they are faithfully investing it. They are not distracted by the treasures of this world but focused instead on an eternal inheritance.

What are you doing with your life? Are you wasting it, or are you fulfilling your purpose?

Blessed are those who are awake to their task and active in it when the Master comes!

From Outreach Magazine  The Unconscious Ways Your Phone Is Discipling You

This an article that originally appeared on JDGreear.com and is reposted here by permission.