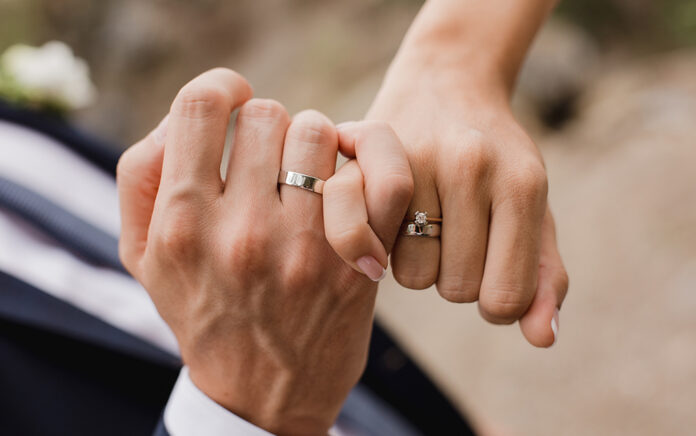 How to build your marriage on a sturdy foundation

They say that pouring the foundation of a building is one of the most important things that you can do, so here are three habits to build your marriage upon.

These three habits—if practiced regularly—will yield the kind of results that you would’ve experienced if you had bought Amazon or Apple stock on day one.

Here they are: Give, laugh and pray.

1. Give More Than You Take.

Let’s say you and one of your co-workers decide to go out for coffee. After putting your orders in, the barista asks if this is going to be together or separate. Since you were feeling generous, you had decided in advance that you were going to treat your co-worker to coffee. However, just as you were about to say “together,” imagine if your co-worker reached into your pocket, pulled out your wallet, and replied “together” to the barista as he was tapping your credit card on the machine. How do you think that would make you feel?

Isn’t the end result the same? You were going to buy him coffee anyway, so what’s the difference? While I’m sure you don’t need me to belabor the point, there’s a stark difference in how it feels when you decide to give versus when someone takes from you.

Imagine what would happen if you approached your marriage in the same manner? Where instead of trying to make your spouse meet your needs, you instead met their needs? And where instead of focusing on ways you could get them to pay you back—or owe you one—you instead generously served them without wanting anything in return? I think this is what Jesus was referring to when he said “It is more blessed to give than to receive” (Acts 20:35).

2. Laugh Louder Than You Fight.

A laughless marriage is a helpless marriage. If you find yourself grumbling, arguing, and fighting more than you are flirting, hugging, and laughing with your spouse, you’re in a dangerous place. It means you’re either taking yourself too seriously, or you’re just acting like a plain old jerk—so just stop.

I love how it’s put in the Bible:

“For by the grace given to me, I tell everyone among you not to think of himself more highly than he should think. Instead, think sensibly.” —Romans 12:3

In a normal marriage, there will be times where you are going to be pulling more of the weight than your spouse. Instead of holding this against them—or thinking of yourself more highly than you should—what do you think would happen if you joyfully loved and served them instead? After all, wouldn’t you want your spouse to do the same when the reverse happens—if they haven’t already?

The next time you’re at an impasse with your spouse, stop thinking of yourself more highly than you should, and instead try smirking, tickling your spouse, and laughing. You’ll be amazed at how quickly the walls come down.

In Ephesians 6, we read that we are living in a spiritual world and that there is more to life than just what we see with our eyes. As a result, there is a real Enemy out there whose MO is to steal, kill and destroy. And he knows that one of the best ways to ruin families is by ruining marriages. So don’t let the Enemy’s flaming arrows split you up, pit you against each other or divide you. Instead, commit to praying daily with your spouse.

From Outreach Magazine  How to Develop Your Character as a Leader

Here’s the sticking point: While praying for one another is incredibly important and a good habit to cultivate, I’m not just referring to praying for one another, I’m talking about praying with each other. When you pray with your spouse, it’s amazing how difficult it is to hide things from them, hold a grudge against them, and also sincerely pray together. Fake, fake, fake will come out all the way through. So keep yourself honest with each other and before God by regularly praying with one another.

So this week, I want to challenge you to give more than you take, laugh louder than you fight and pray like your life depends upon it.

For when you give more than you take, you are declaring that it is more blessed to give than to receive.

When you laugh louder than you fight, you are deciding not to think of yourself more highly than you ought.

And when you pray like your life depends upon it, you are building your marriage upon a foundation and faith that will never let you down.