Home Features From Admiring Jesus to Following Him 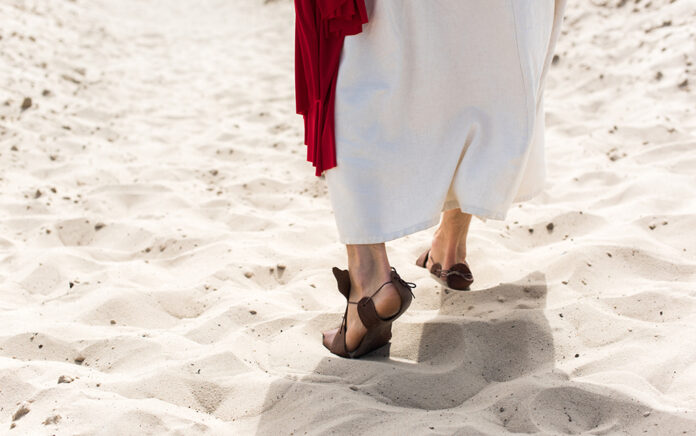 Follow the one who will never let you down.

All of my life I admired Jesus Christ. I had seen all his movies. And I always thought very highly of him. I thought at the very least that Jesus was a great man, a prophet and maybe even the Son of God. I wasn’t really sure, but I had great admiration for him.

That is the way a lot of people feel toward Jesus Christ today. There are many people who have high regard for him. In fact, many of them fill churches every weekend.

We have all met people who claim to be Christians but turned out to be hypocrites. And probably the No. 1 excuse people give for not going to church is there are too many hypocrites. To them I would say, “There’s always room for one more, so come on in.”

Just because someone claims to be a Christian and messes up, falls short or does something wrong, it doesn’t necessarily mean they’re a hypocrite. It means they’re human. I’m not making excuses for anyone. I’m simply saying that even followers of Christ will have moments when they do or say things they wish they hadn’t done or said.

When Jesus used the term “hypocrite” to describe the self-righteous people of his day, he used a word in the original language that meant “actor.” A hypocrite is a person who’s putting on a performance. It’s someone who’s pretending to be something they really are not.

So let’s acknowledge the fact there are hypocrites in the church. This doesn’t mean that Jesus Christ isn’t real or that his words aren’t true. In fact, if you see a market flooded with cheap knockoffs, it confirms the fact there’s a genuine article out there.

Jesus Christ never will let you down. He never will fail you. I know this because Jesus said it, but I also know it from personal experience. I’ve gone through my times of tragedy. And when I hear people say they’ve lost their faith because of a crisis they’ve been through, my response is this: The faith that cannot be tested is the faith that cannot be trusted. If they lost their faith, so to speak, when they went through a crisis, then I’d have to question whether they ever had real faith to begin with.

From Outreach Magazine  How to Set God-Centered Goals

The Bible tells the story of a man named Matthew, who left everything to follow Jesus. He left his career, his wealth and his position and power. And you know what? Jesus had only two words for him.

So what did Jesus say to Matthew? He simply told him, “Follow me.”

Right then and there, Matthew stood up from the table where he was sitting and followed Jesus. Then the Bible tells us:

“Later, Matthew invited Jesus and his disciples to his home as dinner guests, along with many tax collectors and other disreputable sinners. But when the Pharisees saw this, they asked his disciples, ‘Why does your teacher eat with such scum?’

That is so true. In fact, there are two places I don’t like to go: the doctor’s office and the dentist’s office. Why? It’s because I don’t want to hear bad news. I remember on one particular visit, my doctor told me that my blood pressure was high.

Matthew, like all of us, was sick spiritually. But there was no treatment. There was no pill for his condition. It was a condition Matthew inherited, and ultimately it was fatal. It’s a condition called sin, and we are all born with it. We are not sinners because we sin; we sin because we are sinners. It comes naturally.

From Outreach Magazine  The Hardest, Most Rewarding Work You'll Ever Do

I never had to sit my two boys down and tell them, “Boys, today I want to teach you how to sin.”

They knew how to do it entirely on their own, just like I did. Just like you do. The Bible says, “Everyone has sinned; we all fall short of God’s glorious standard” and “the wages of sin is death” (Romans 3:23; 6:23).

Matthew was a tax collector, which meant that he effectively worked for the enemy. Rome was the occupying force in Israel at the time, and the tax collectors collected taxes for Rome, added more and pocketed the surplus.

We don’t know whether Matthew did this in particular, but I can tell you one thing: Tax collectors were not popular people. They were barely above plankton on the food chain. As a result, Matthew had no friends—just a lot of people who wanted nothing to do with him.

I don’t know what drove Matthew to that lifestyle, but he no doubt was watching Jesus. A tax collector knew what was happening in town. He knew of any business transactions that took place. He would have watched Jesus talking to people. He would have heard his teachings. And Matthew really knew the Scriptures. In his own gospel, he made more than 99 references to the Old Testament.

Jesus knew who Matthew was, too, and he ultimately called him, saying, “Follow me.”