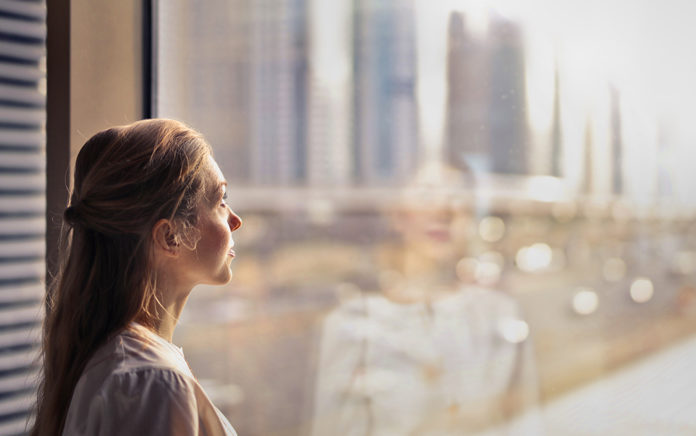 Learning to listen for the voice of God

Someone once said, “it is normal to say, ‘I talk to God.’ But when you say, ‘God talks to me.’ That’s when everyone thinks you are crazy!”

Believe it or not, God wants to speak directly to you. Jesus said in John 10, “My sheep hear my voice.”

Some of us have never heard God’s voice or if we have, we didn’t know it was God’s voice.

How do we learn to hear God’s voice? The life of Samuel can teach us a lot about this question. In 1 Samuel 2:21 it says, “And the boy Samuel grew in the presence of the Lord.”

Like any good relationship. You have to spend time together, talk to each other and listen to each other. We do this through prayer, journaling, fasting, Bible reading, confession of sin, Bible memorization. We call these the disciplines of the faith. You grow in the presence of God when you focus on the living Word of God.

God is always at work raising up new leadership in us and through us, if we will but listen to him and do what he is speaking to us.

God came to the corrupt priest Eli and said in 1 Samuel 2:35, “And I will raise up for myself a faithful priest, who shall do according to what is in my heart and in my mind.”

God has declared to Eli the priest that his season was over because he stewarded it for God in an ungodly way. God tells Eli he has someone he is raising up to take his place.

This happened two more times and finally Eli realizes what is happening to Samuel and says in 1 Samuel 3:9, “Go, lie down, and if he calls you, you shall say, ‘Speak, Lord, for your servant hears.’ So, Samuel went and lay down in his place.”

What irony, this man who has stopped listening to God’s voice and obeying it is now teaching Samuel how to hear and respond to God’s voice.

I know this is strange, but I have experienced it in my own life more than once. God sometimes uses corrupt leaders to teach us godly principles and practices.

I remember a guy who came to Liberty University when I was a college student, and he could quote Scripture like nobody’s business. He inspired me, but I later learned that he was fraud and a liar. His life was a lie.

Recently I had someone in my office who was broken over Ravi Zacharias and what he has done. The person was asking, “What do I do with this four-foot stack of books he has written that I have in my possession?” Ravi was maybe the greatest and most well-known apologist. He has been called, “the Billy Graham of apologetics.” I encouraged my friend not to get rid of those books and not to minimize the things he learned from them, because even though Ravi wouldn’t apply it to his own life, it is still the truth of Jesus for my friend’s life.

Eli taught Samuel that the beginning of hearing God’s voice is the acknowledgement of God’s presence in your life and then inviting him to speak to you. Say, “Speak Lord, I am listening for your voice.” Once you have done this, then listen to what he has to say to you. Hopefully the first time God speaks to you it won’t be as heavy as it was for Samuel. God says to Samuel in 1 Samuel 3:11–13:

“Behold, I am about to do a thing in Israel at which the two ears of everyone who hears it will tingle. On that day I will fulfill against Eli all that I have spoken. And I declare to him that I am about to punish his house.”

Look at how Samuel responds to God in 1 Samuel 3:15, “Samuel lay until morning; then he opened the doors of the house of the Lord. And Samuel was afraid to tell the vision to Eli.”

Hearing from God for the first time can be an unsettling thing, but can you imagine if this is the first thing you ever heard God speak to you? God didn’t give Samuel time to crawl or walk. Samuel had to hit the ground running. This is a very heavy first word and Samuel was afraid to share it. You may find yourself afraid to share something that God has revealed to you.

You and I have to learn how to speak what God says to us in the face of fear.

God wants us to hear what he is saying to us through his Word and his Spirit and represent him to others. It could be the message of salvation. Maybe they have never given their life to Jesus. The most prophetic message you can ever share with anyone is, “Jesus loves you and wants to save your life forever.” Or it could be a specific word about someone’s calling on their life, or sadly it could be a sinful habit in their life. Whatever it is, we must always share in love for the glory of Jesus and the good of others. This has to be our focus and our motivation. May the Lord give each of us the special grace we need to hear his voice and speak on his behalf to others.