Home Features Is It Wrong to Doubt? 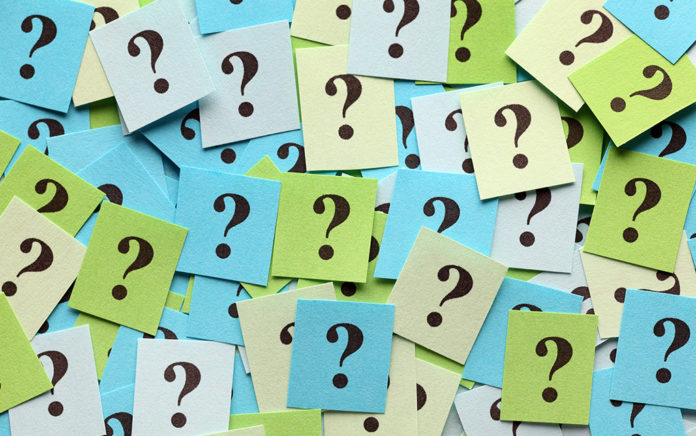 All of my life I’ve asked lots of questions. I think to some degree it’s because of my upbringing, which was really no upbringing at all. My mother, who was married and divorced many times, wanted to go live her life and party away. And I was sort of in the way. So I had […]

All of my life I’ve asked lots of questions. I think to some degree it’s because of my upbringing, which was really no upbringing at all. My mother, who was married and divorced many times, wanted to go live her life and party away. And I was sort of in the way.

So I had to learn how to be self-sufficient, because sometimes my mom wouldn’t come home at night. I had to get myself ready for school. I had to make myself dinner or scrounge up money to go find some food.

Because I didn’t live in a stable environment, I became a very skeptical person. To a large degree I was uncertain about any of the adult role models I was exposed to. So the crazy life that I lived played into the kind of person I became.

By the time I was in my mid-teens, I felt like I had already lived 50 years. I was full of doubt, skepticism and uncertainty. But I always wanted a happy ending.

I used to love movies that had happy endings. I thought, Wouldn’t it be great if life could actually go that way?

So when I first encountered Christians, it was hard for me to wrap my mind around what they were saying. It sounded to me like something that could be true only in a movie. They promised that Jesus would give you peace, that he would give you purpose, and that you could have joy in your life.

But amazingly, I went to a meeting where I heard the gospel. And that day, I took a leap of faith and prayed to ask Christ to come into my life. Even as I was praying, I was filled with doubt. I thought, This isn’t going to work for me. And sure enough, after the prayer was over, I didn’t feel anything at all, so I falsely concluded that God must have somehow rejected me from salvation.

But as time began to pass, I started to see some changes in my life. And then I began to wonder, Could God ever use someone like me? Could God use a person who’s skeptical? And what about these doubts that I have? Is it possible to be a Christian and still struggle with doubt and skepticism?

I suggest to you that it is possible.

From Outreach Magazine  Rethinking Leadership to Build the Next Great Generation

Some Christians are reluctant to admit they have any questions at all. They think the idea of questioning God is an act of spiritual treason, betrayal or worse yet, maybe even an unpardonable sin.

Maybe there have been times when you needed an answer from the Lord and he was silent. You wondered why. Just a word from him could have brought the solution you were looking for, or so you thought. But it seemed as though God were intentionally dragging his feet or, even worse, not paying attention at all. So that caused you to wonder and even entertain doubts.

Oswald Chambers wrote, “Doubt is not always a sign that a man is wrong; it may be a sign that he is thinking.” God loves skeptics, and he wants to turn them into believers. There’s nothing wrong with skepticism if it brings you to God while you’re seeking answers.

However, I think there are some people who say they’re skeptics, but they’re not skeptical at all. They don’t want to believe, and they hide behind the excuse of skepticism and unanswered questions.

On the other hand, there are others who have genuine questions about the Christian faith, about God and about why God has or has not done certain things in their lives. And maybe they feel guilty about that.

If it is wrong to be skeptical or have doubts, then we can find a lot of godly people in the Bible who were wrong. When we read the psalms of David, for instance, we see someone who was honestly grappling with questions in his life.

David was called to be the king of Israel, yet the paranoid and wicked King Saul hunted him down like a wild dog. David came to God with his questions, but at the same time he spoke of his trust and faith in God.

Even Jesus struggled, but he never doubted, of course. He struggled with God’s plan. In the garden of Gethsemane, he sweat, as it were, “great drops of blood falling down to the ground” as he contemplated the horrors of the crucifixion (Luke 22:44).

He knew it was the will of God the Father. He knew it was the right plan. But it wasn’t an easy plan for him to follow. And in a moment of completely casting himself before the Father, he said, “If it is your will, take this cup away from me; nevertheless not my will, but yours, be done” (v. 42).

And then on the cross as all the sins of the world were placed upon him, he cried out, “My God, My God, why have you forsaken me?” (Mark 15:34). Sometimes we focus on the word forsaken, but we miss the fact that Jesus said, “My God, my God.”

We all will have times when we struggle, when we’re skeptical. There will be times when things don’t make sense to us. But remember, it isn’t over yet. God is in control.

This article originally appeared on Harvest.org and Thinke.org and is reposted here by permission.