Home Features Epiphany and the Assault on the Capitol 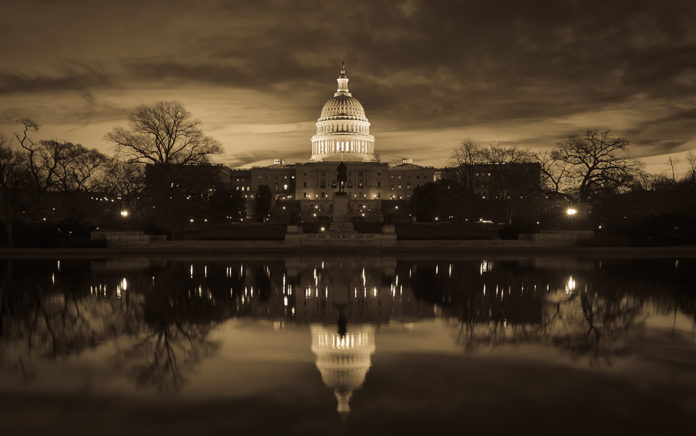 What will we allow Epiphany to reveal to us about the power of God and the power of empire? Are we willing to see the sin and the danger of mistaking the one for the other?

Each Thursday morning, at 8 a.m. EST, I lead the Wesleyan Methodist family across the globe in a time of prayer on Facebook Live. We focus on the needs of our world and on the continuing COVID crisis. The events at the U.S. Capitol on Wednesday, January 6, made our Thursday morning prayer time the next day particularly difficult, yet deeply meaningful as people all over the world joined in prayers for the United States.

Like many others I was horrified by what I saw unfold. It was frightening. It was ugly. Like many others around the world, it was something I never dreamed I would see happen in the United States—especially given that it was incited and encouraged by a sitting president. The stark contrast between the response of the police and military to this event, and the response of the police and military to the protests for racial justice in June continues to weigh heavily on me. My concern for the heart and soul of my country continues to grow with each photo and video I see and each social media post I read, because they offer dramatic evidence of how radicalized American politics has become and how opposed to the democratic values of our republic many people actually are.

And yet, living out our faith in the midst of political turmoil is not the same as what we saw last week where people proclaiming to be Christians aligned themselves with political ideology, lifted the banner of violence and hate, and attempted to hide their overarching commitment to nationalism behind the name of Jesus.

The fact that the assault on the U.S. Capitol occurred on January 6—the Christian Holy Day of Epiphany—is telling. Epiphany marks the arrival of the wise men to worship the Christ child. It is a day of revelation. For the magi, it revealed both the power of God and the power of empire. In the Christ child, they recognized that God was doing something miraculous and world-changing and they fell down and worshiped. In Herod, they recognized that the jealous desire for power is dangerous and deadly, so they went home by another way.

As we seek to follow Jesus, especially at this particular moment, what will we allow the events of Epiphany 2021 (and all that led up to it) to reveal to us about the power of God and the power of empire? Are we willing to see the sin and the danger of mistaking the one for the other? Will we fall down and worship when it would be better to return home by another way?

In our social media fueled world of outrage, vitriol and divisive sound bites, it is imperative that we Christians remember that Jesus came not to provide an echo of culture (any culture), but an alternative to it. His mission was not division but reconciliation. Reconciling humans to each other and the entire world to God. If we are not part of that process of reconciliation, if our words and our actions tear down rather than build up, if we raise the placards of our political ideologies rather than shouldering the cross of Christ, then our faith will have become a dark shadow of itself and we will have mistakenly put our hope in a nation rather than in God, whose promise is that his kingdom will come to all the nations of the earth.

The days ahead will not be easy. Our divisions are deep and the chasm that separates many of us is wide. So, I am following the guidance of the prophet Joel:

“The Lord says, ‘Turn to me now, while there is time! Give me your hearts. Come with fasting, weeping, and mourning. Don’t tear your clothing in your grief; instead tear your hearts.’ Return to the Lord your God, for he is gracious and merciful. He is not easily angered. He is filled with kindness and is eager not to punish you.” —Joel 2:12–13

And this is my prayer for all of us:

Wake us up O God, that we might return to you with all our hearts. Forgive us for placing our trust in powers that are not able to bear the weight of that trust—our wealth and privilege, our elected officials, our military might. Cleanse us from the pride that moves us to focus on the speck in the eye of our neighbor while ignoring the log in our own. Pour out your righteousness upon us and guard our words and our thoughts so that rather than contributing to incivility and insult, we might be instruments of peace and agents of reconciliation. We stand before you in this moment, declaring with the Psalmist that “some trust in chariots and some in horses, but we trust in the name of the Lord our God” (Ps. 20:7). Keep us firm in that trust that we would be what you have called us to be: salt and light for our hurting world. AMEN.