Home Features Bravery in the Face of Fear 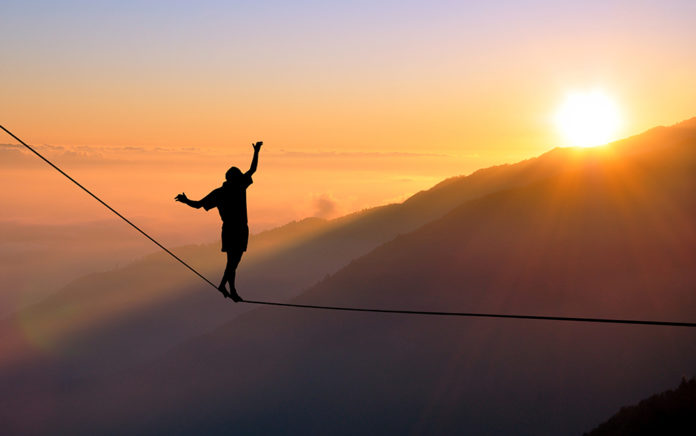 Answering God’s call to be brave

I honestly don’t know if there has ever been a time when I felt brave. But also, will we ever truly feel brave to do the things God calls us to do? Really, I don’t think it matters. We are not called to live based solely off our feelings because they can come and go and change depending our circumstances.

Instead, we are called to live according to the Word of God. His Word never changes. It stands the test of time, and it holds true for us regardless of how we feel.

A couple of years ago, my word for the year was “more.” I wanted more of God, more of his promises, more of his presence manifested in my life, more of his purposes revealed. I wanted to serve, give and devote more to him. But sometime during that year, my word shifted to the word “brave.”

The truth is, I’m not a risk taker. I am Miss Play-It-Safe. I’m practical and logical, and I think things through dozens of times before I ever come to a decision. But God had so many new opportunities mapped out for me that year that required me to be brave. He placed me in spaces and with people who challenged me because he wanted to enlarge my capacity. And in order for him to do that, I would need to answer his call to be brave.

The story of Gideon in Judges 6–8 chronicles an ordinary man called to be brave by an extraordinary God. In the beginning of chapter 6, we find that the Lord has given the Israelites over to the Midianites because they had done evil in his sight. But God, being loving, forgiving and compassionate, heard their cries and decided to rescue them through Gideon. God sent an angel to find him, where he was hiding from the Midianites in a wine press. He had no idea what would come next.

“When the angel of the Lord appeared to Gideon, he said, ‘The Lord is with you, mighty warrior.’” —Judges 6:12

Gideon replied with every excuse he could:

If you’re with us, why is this happening?
Why have You abandoned us?
My clan is the weakest!
I am the least in my family.

Does that sound familiar? I know I give God every reason why I can’t do the thing he has called me to do, and he responds to me as he did to Gideon:

Go in the strength you have.
I will be with you.
Do not be afraid.
You are mighty.

What an encouragement to know that God sees us as mighty warriors! My prayer is that we learn to stand strong on the foundation that God understands who we are and yet still calls us to do great things. We can trust that if God calls us to do something, he will also equip us to do it. Because we are in him and he is with us, he calls us brave.

In what area of your life is god calling you to be brave? What is holding you back?

This article originally appeared on InCourage.me and Thinke.org and is reposted here by permission.