Home Features Why Christians Should Advocate for Religious Liberty 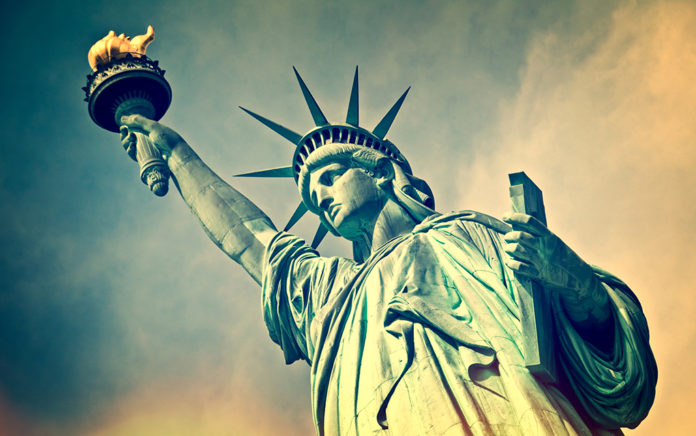 What does the Bible say about religious liberty?

In America, unlike many places around the world, people of all religions can, for the most part, practice their faith freely without government intrusion or invention. This is a blessing that we often overlook and, at times, forget we enjoy. Many of our Christian brothers and sisters around the world worship God under threat of death. They gather in secret, in homes, in caves, sometimes underground at great risk to their lives. In America, we not only can gather freely, but we have access to a flood of spiritual and theological resources. We have Christian schools, parachurch ministries, mission agencies and other institutions that serve the church.

If you, like me, have grown up enjoying religious liberty, it might be tempting to think it will always be here. But just like previous generations of Americans fought to preserve religious liberty, it’s important for our generation to do that same work, to ensure our children can live out their faith freely in a pluralistic society.

Because Jesus called us to take up our crosses in self-denial, to lay down our lives for others. So it can seem incongruent to then appeal to our civil authorities, to work to elect people who promise to protect religious liberty. It seems this is at odds with gospel mission. But is it? What does the Bible say about religious liberty?

Obviously, the Scriptures were written in a very different setting than the one we currently enjoy. Followers of Jesus in the first century didn’t have the opportunity to shape their governments like Christians in democracies like ours enjoy. And yet Scripture is not silent on the power of the state and the importance of protecting the human conscience.

Here are three biblical justifications for fighting for religious liberty:

1. Jesus addressed religious liberty. When approached by two fighting religious factions about the morality of paying Caesar’s tribute, Jesus offered an interesting response: “Render to Caesar what is Caesar’s and to God what is God’s (Mark 12:17). Most of us read this as Jesus telling us to pay our taxes. He is doing that, but he’s doing so much more. Jesus is making a bold declaration about the power of the state and the primacy of the human conscience. He is saying that there is legitimate power delegate to civil authorities by God for human flourishing (Rom. 13), but that there are certain things that the state has no right to take and control. Caesar is not Lord of the conscience. Belief that is coerced is a denial of the basic human dignity of the individual, an assault on the imago dei. So Jesus, in a seemingly innocuous statement about taxes, reminds the powers that be that their authority is limited. Jesus also, in his trial, was unafraid to appeal to his rights as a Roman citizen when they were wrongly denied (John 18:23)

From Outreach Magazine  Understanding the Malaise of the Modern World

2. Paul addressed religious liberty. In his letter to his protégé Timothy, Paul urged this young pastor to pray earnestly for civil authorities at all levels. Listen to his words:

“First of all, then, I urge that petitions, prayers, intercessions, and thanksgivings be made for everyone, for kings and all those who are in authority, so that we may lead a tranquil and quiet life in all godliness and dignity. This is good, and it pleases God our Savior, who wants everyone to be saved and to come to the knowledge of the truth.”

Do you see how Paul connects religious liberty to gospel mission here? He urges Timothy to pray for an environment where the civil authorities do not interfere with the preaching and teaching of the gospel, with the free exercise of worship. Why? Because this freedom allows the gospel to go forth in an unrestricted way. Of course, we know from history and our present moment that the church doesn’t have to have religious liberty to thrive. Christ is building his church and no government can stop the march of the kingdom. At times the church grows under tremendous peril and persecution. But this is not ideal and nowhere does the Scripture urge us to pray for an environment of persecution and a loss of liberty. In fact, Paul urges Timothy to pray against that.

3. Paul asserted his rights as a Roman citizen. If you read through the book of Acts, you will be surprised how often Paul and the apostles, though courageous and willing to lay down their lives for the sake of the gospel, appealed to their rights as Roman citizens. Acts 16 is just one example of many in the early church where Paul, formerly an observant and faithful Pharisee skeptical of Roman power and now a leader in the subversive Christian movement, nevertheless didn’t see any conflict in both following Jesus in self-denial and asserting his rights as a Roman citizen. It’s not unspiritual or a lack of trust in God to use our voices and whatever power we have to make space for the freedom to practice our faith. If it was right for Paul in the first century, it’s right for Christians in the 21st century.

4. Romans 13 reminds us that we will be accountable for our voice in a democracy. Romans 13 tells us that the power that is given to those who serve in government positions is limited and delegated by God for the flourishing of societies. This is a comfort for those who suffer under unjust rulers, to know that the power of tyrants and despots and corrupt leaders is not forever. It is temporary and those who hold power will be accountable to God for how they used it. This is a sober warning for a politician or leader at any level, but it’s also a sober warning for citizens in a representative republic like ours, where we share that power. In a government “of the people, by the people, and for the people,” it is not merely the leaders who will bear the sword of power, but those who have a voice and vote to elect those leaders. This is why, I believe, Christians should be participating at some level in shaping our communities and our country. This is especially true when it comes to religious liberty. If we refuse to speak up for it or, worse, if we work against it, it is not just the leaders who restrict religious liberty who will be held accountable by God, but us as well. And imagine being responsible for giving a government the power to trample on the consciences of religious people? That’s not something a Christian in our environment should embrace.

From Outreach Magazine  Before Doing, We Must Listen