Home Features How to Thrive in an Election Season and Beyond 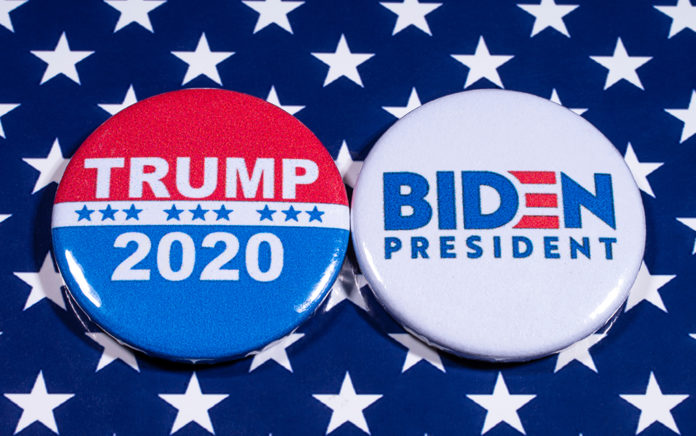 How should our religion shape our politics?

Nothing could have prepared us for the past few decades of American politics. The television networks, talk show hosts and political candidates set low standards from the beginning and then consistently failed to achieve them.

Presidential election seasons are especially bad, with most of them resembling a mashup of a war, a carnival and a Hollywood blockbuster.

THE RELATIONSHIP BETWEEN RELIGION AND POLITICS

First, we should make clear the relationship between religion and politics. That begins by making clear that Jesus is Lord and Caesar is not. When some people tried to trick Jesus by asking whether or not the Jews should pay taxes to Caesar, he responded that they should give to Caesar what is Caesar’s and to God what is God’s (Matt. 22:21).

In other words, Jesus was saying, “Governmental power is legitimate. It comes from God who allows governments to ‘wield the sword,’ protect their citizens from threats by maintaining police and military forces, and to pay for these things by taxing citizens. So, pay your taxes.”

In other words, even though church and state should be kept separate, an individual’s religious beliefs cannot be kept separate from his or her political beliefs and actions.

The Bible teaches that all people are religious. If you want to identify a person’s religion, look for whomever or whatever they absolutize. To what do they ascribe ultimacy? The God of Jesus Christ? The Allah of Muhammad? Sexual pleasure? Wealth accumulation? Once you identify a person’s “god,” you’ve come to understand them, religiously.

Additionally, the Bible relates religion to the “heart” more than 800 times. And, in the Bible, the heart is the central organizer of human existence. Whatever we hold ultimate in our hearts will have a commanding and organizing power over the whole of our existence. Our religion will radiate outward into everything we do, including our politics.

From Outreach Magazine  A Note to Young Pastors: Stay Humble

Therefore, for Christians, we want to make sure our Christianity radiates outward in good ways rather than bad ways. We want the Bible’s truths to inform our understanding of the political good. And we want the Holy Spirit’s presence in our lives to cause us to be gracious people, even in the political arena. These twin topics—the Bible’s truths and the Holy Spirit’s presence—are at the heart of the next two tips about surviving and thriving in an election season.

The second way to survive and even thrive in an election season is to make sure that, as individuals, we seek the common good of all citizens rather than merely the good of our own social, cultural, or economic “tribe.”

One of the ways we seek the common good is to use our votes to elect officials who will secure justice, as a biblical worldview defines it, for all of the various individuals and communities under our government’s purview. So, we must not, for example, elect officials who refuse to secure justice for the unborn individuals under our government’s purview.

It is a blight on our nation’s existence that we refuse to protect a weak and vulnerable baby in a womb in a hospital but adamantly demand legal protection for the bald eagle or spotted owl in the forest outside of the hospital.

A third way to survive and thrive in the final weeks of the 2020 presidential election season is to practice civility and integrity. We live in a very uncivil era of American politics. Our political leaders, pundits, and many of our fellow citizens seem to lay aside their moral convictions when entering the political arena. They are willing to tell lies and half-truths if it gets them what they want. They are willing to degrade and demean other people if it benefits their agenda.

From Outreach Magazine  Speaking Prophetically in a Post-Christian World

As Christians, however, we do not have the option of laying aside our moral convictions. We dishonor Christ when we get caught up in the circumambient imbecility of our day, the tribalizing, polarizing, mocking, insulting, insincere, cynical political engagement modeled by radio hosts, TV pundits and political candidates.

In the weeks leading up to November 3, therefore, Christians can survive and thrive even in the midst of a toxic political environment. We can make clear Jesus is Lord and can allow that confession to inform our politics. Out of Christian love for all citizens, we can seek the common good of all Americans rather than merely the good of our own tribe. And we can civilly engage in political debate, exhibiting the unique combination of truth and grace found in Christ himself.

Natasha Sistrunk Robinson: Through the Wilderness

7 Qualities You Need in Order to Lead Change