Home Features Why Community Is Worth Fighting For 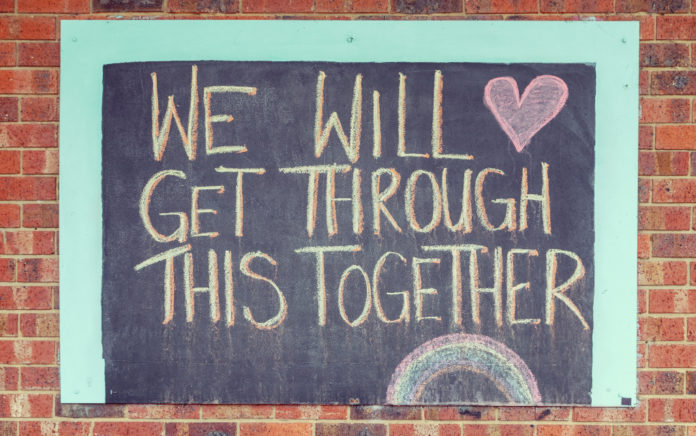 We are designed to need one another.

I like to be the one who shows up—the one who serves and gives and meets a need. Although I have become much better at receiving, it doesn’t come naturally. I don’t like to come across as needy or dependent. But the Lord has been showing me that that is exactly how he wants us to be. He wants us to be in need of him—the giver of every good and perfect gift. He supplies every need we could ever have, and many times he does so through the church—the body of Christ.

It’s okay to need people and depend on them because that’s how it’s supposed to be.

I have had friends over the years who heard from the Lord and blessed me with finances, groceries, rides, help with moving, and even places to live. Every single time, I felt loved and seen and cared for by God and my community.

However, over the last couple of months, I’ve needed community in a different way. My heart needed them. I longed for connection, but my flesh put up a huge fight to try to push people away. I became withdrawn though I couldn’t hide my emotions from them. My community could tell my joy had faded. They could see I was sad, and they became concerned.

One day, I sat in a friend’s kitchen and sobbed while trying to explain my heartache. Another friend texted me almost every day for a week despite my not responding. Another did the same, and we eventually met for lunch. Yet another met me for coffee. My pastor’s wife reached out, and we were able to connect. Several others friends even gathered and prayed for me at my church’s weekly prayer meeting when I wasn’t there.

In those encounters, I wept as I shared my hurt and I was met with nothing but love, grace, and compassion. There were hard truths spoken, challenges issued, and encouragement poured out like oil. It was all so beautiful!

From Outreach Magazine  Essential Character Qualities for a Leader

Needless to say, I was blown away by the response of my church and awed by the love of God I felt through them. They carried me like the friends who carried and lowered the paralytic man through the roof in Luke 5:17–26.

There are no details given about the man except that he was paralyzed. We know nothing about his family’s involvement in his life nor about his character or lack thereof. The only thing we know is that he needed healing, and his friends made a way to get him to Jesus. “When Jesus saw their faith, he said, ‘Friend, your sins are forgiven’” (Luke 5:20).

It’s not always our faith that brings healing. When Jesus saw the friends’ faith, he healed the paralytic man—physically and spiritually. In my mind, I imagine this man must have been paralyzed for years, that he tried everything he could think of to get healed. He may have spent all the money he had on treatments that by the time Jesus came to his town, he was desperate and hopeless.

But his friends were not. He may have run out of faith, but they were full of faith. In fact, they had enough faith for him. They believed that Jesus was who he said he was and that he could do what he said he could do. As a result, their faith made the miracle of healing possible for their paralyzed friend.

I hadn’t experienced that kind of persistent love from a church community before. As they met me and encouraged me, I felt like Moses in Exodus 17 when Aaron and Hur held up his arms when he was too weary. I felt tired and defeated, and the enemy came for me with a vengeance, trying to keep me away from the very people I needed. But my community rose up like an army to defend me. They wielded the sword of the Spirit on my behalf and spoke God’s promises over me. They didn’t give up on me, and they wouldn’t let me give up.

Community is messy and hard, but it is also beautiful and life-giving. The fight for it will always be worth it.

We need each other, and we are truly better together.

This article originally appeared on InCourage.me and Thinke.org and is reposted here by permission.