Home Features The Most Common Misunderstandings Christians Have About Sin 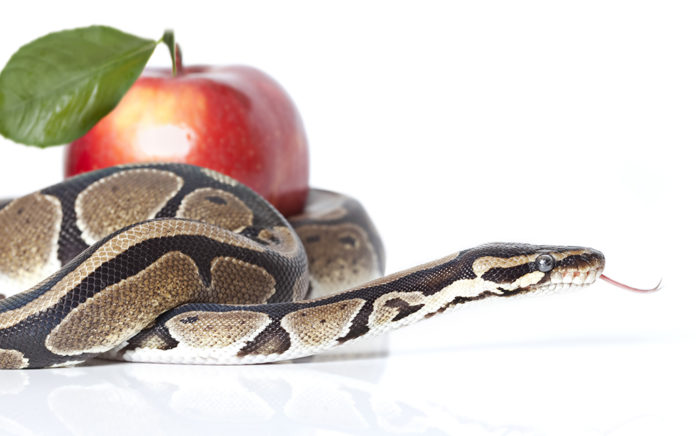 Sin is not a word many people today use out loud. It’s rather uncool to call a particular attitude or choice a “sin.” For many it brings up scary images of angry preachers pointing bony fingers at people. But the Bible talks a lot about sin. So Christians who care about following Jesus and obeying His Word should understand what sin is.

The good news for sinners—all of us—is that the gospel doesn’t just point out what is wrong with us and call it sin; it also points us to the One who came to bear the punishment for our sin and reconcile us to the Father. Jesus defeated sin, death, and the grave and is renewing the hearts of those who believe.

In my experience, I’ve seen Christians have certain misconceptions about sin. Here are five that are the most common:

SIN’S CONSEQUENCES CAN BE MANAGED

This is the seductive lie the Devil tells us every time we indulge: This will be no big deal. You can manage this. Nobody will know. But the truth is that sin is always bigger than we can manage.

An old gospel spiritual reminds us that sin will “take you farther than you want to go.” This is why we are often told to flee, to run, to sprint from temptation (2 Tim. 2:22; 1 Cor. 6:18). In the Lord’s Prayer, Jesus instructs us to pray that God would lead us away from temptation (Matt. 6:13).

Nobody wakes up one day and says: I really want to ruin my life, destroy my family, wreck my career, and hurt the church. No, instead, we silence the whisper of the Spirit urging us to walk away from sin and we listen to the voice of the Enemy assuring us the fallout will be minimal at best.

But we can’t game-plan the consequences of sin. We can’t plot out the impact on our family and friends. We can’t forecast the way other believers will be affected, the way unbelievers will turn away and the way those whom we’ve hurt will react. We just can’t.

To willingly indulge sin is to play with fire.

SINFUL BEHAVIORS AND PATTERNS CAN BE OVERCOME OVERNIGHT

The good news about sin is that Christ has conquered it and it has no power over us. Paul writes about the newfound power every believer has because of the victory at Calvary: The sting of death is sin, and the power of sin is the law. But thanks be to God, who gives us the victory through our Lord Jesus Christ! (1 Cor. 15:56–57)

Without Christ, we are hopelessly enslaved to the patterns of sin. We can modify behavior with self-control, but we cannot fix ourselves at the heart level. We can fight sin and win because the same power that lifted Jesus from the grave is now present in every believer.

Sometimes Christians will act as though upon salvation deep destructive patterns will automatically go away. At times, we see these miraculous breakthroughs. However, this process of sanctification, of rooting out the embedded patterns of unrighteousness, takes a lifetime. Paul, well into his journey with Christ, nevertheless admitted to the difficult struggle against temptation (Rom. 7:15–20).

So, if you are still fighting, don’t give up and don’t give in and don’t be discouraged. One day our journeys will lead us to the shores of heaven where the apostle John reminds us “what we will be has not yet been revealed” (1 John 3:2). In other words, much of the work of perfection will happen on the other side of eternity.

SINFUL CHOICES ARE A PERSON’S IDENTITY

You can hardly watch a Disney movie or listen to a top ten hit without hearing the famous contemporary maxim: “Be true to yourself.” It’s amazing how often this is used in reference to a lifestyle or choice that goes against God’s plan for human flourishing.

To sin is not to be true to ourselves. It’s a distortion of God’s original design for His image bearers. Sinning is not a natural human behavior, it’s a corrupted human behavior. Christ died and rose again to redeem humans from their enslavement to death and, as His called-out children, we don’t have to accept that our sins and sin patterns define us.

This is good news. Sin is not who you are. You are not the sum total of your behaviors. You are a redeemed image bearer whom Christ is restoring to original, God-glorifying, image-bearing purposes.

Don’t root your identity in your struggles and weaknesses. Jesus doesn’t see you as a liar, an adulterer, an out-of-control angry person. Those are labels Satan gives you to keep you from dwelling on your new identity as a child of God.

When you read the New Testament, you’ll notice that most of the imperatives given about fighting sin and temptation are not given to as single person, but to a people. And Jesus said to pray, “Lead us not into temptation” (Matt. 6:13). Every single person will stand accountable before God for his or her sin, but we don’t sin in isolation, we sin in community. To sin is to sin against both Christ and against His body of believers.

What’s more, while the Bible describes the corruption of sin as individual, it also often describes it as social. And while every believer must engage in personal repentance, God often judges nations and societies for systemic sins.

Consider how the minor prophets rail against the nations for their treatment of the poor and the vulnerable. Or consider how Jesus rebukes the nation of Israel for its unwillingness to embrace Him (Matt. 23:37). And consider the way the churches in Revelation are rebuked, as whole bodies, for various sins.

Today there is great debate about whether sin is only ever individual or if it can be social and systemic. But the Bible doesn’t present such a fight, for it urges both personal and corporate repentance. If societies and communities are made up of sinners, it would follow that at times they can be tainted, corrupted, and complicit in sin against God and image-bearers.

SIN MEANS I CAN’T EVER SEE PROGRESS IN THIS LIFE

There is a school of thinking among contemporary Christians that to admit spiritual progress is inauthentic. It’s more in vogue to constantly talk of “struggling” or almost brag about how sinful we are. We should be humble and admit our weaknesses, but the Bible seems to indicate that by faithful obedience to Christ and through being empowered by the Spirit of God, we can achieve spiritual maturity.

To the church at Ephesus, Paul expressed his desire that his brothers and sisters in Christ would “grow in every way into him, who is the head—Christ” (Eph. 4:15). To the church at Colossae, he hoped that the word of Christ would “dwell richly among” them (Col. 3:16). And the writer of Hebrews rebuked God’s people for a lack of growth (Heb. 5:12), saying they “ought to be teachers.” In Galatians we see a call to burden bearing by “you who are spiritual” (Gal. 6:1).

It could be that we are afraid to acknowledge spiritual progress because it seems like we are bragging or proud. But one of the marks of spiritual maturity is humility, recognition of our own sinful patterns and the work God has yet to do.

This doesn’t mean we have arrived. But it does mean we might look back and see some genuine progress by the Spirit of God in making us more like Jesus.