Home Features How Earthly Possessions Are Like Confederate Currency 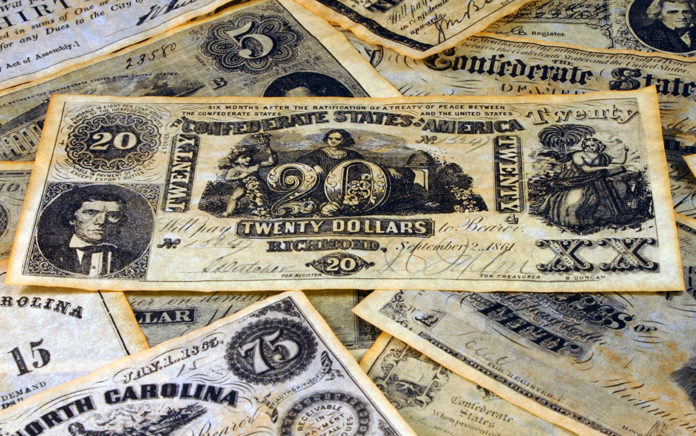 Soon everything not stored up in heaven will be worthless.

Imagine you’re a Northerner living in the South doing business toward the end of the Civil War. In your business, you’ve accumulated a lot of Confederate money. You can read the writing on the wall, though, and you see that the South is going to lose the war. Soon all of your Confederate money will be worthless. So, what should you do with it?

If you’ve savvy, you’ll cash out as much of your Confederate money as you can, trading it for U.S. currency. You may keep a little Confederate cash on hand, but only enough for short-term needs. Why? Because soon it’ll just be worthless paper.

Randy Alcorn says, “For us to accumulate vast earthly treasures in the face of the inevitable future is equivalent to stockpiling Confederate money. It’s not just wrong. It’s stupid.”

You can’t take any of your earthly resources with you to heaven. But as Alcorn says, You can send them on ahead.

If you know eternity is coming, and that compared to eternity, this life is like the vapor that your breath makes on a cold morning that appears for a minute and then is gone, then why would you invest all your resources here?

Like they always say: You’ll never see a hearse pulling a U-Haul. You came into the world with nothing, and you go out with nothing.

From Outreach Magazine  Leadership Lessons From the Downfall of Xerox

If it weren’t for eternity, that truth would be crushing. But eternity is real. And as Jesus indicates, there’s a way of storing up treasures for the age to come.

Whatever you invest in eternal purposes is “stored up” for you in heaven.

Financial advisors tell you that when you’re planning your budget, you shouldn’t just think 30 days ahead, but 30 years ahead. As a Christian, you should think 30 million years ahead.

Jesus also said, “For where your treasure is, there your heart will be also” (Matt. 6:21).

What you do with your money reveals three things:

You can talk a big game of faith, but what you do with your money tells the truth about your heart.

Jesus expected his followers to be eye poppingly generous. How we give is supposed to amaze the world. It’s not just that we’re a little more generous, a little bit kinder, a little more compassionate. Our giving should reveal we have a whole different kingdom.

William Borden, a young man who was the heir to the Borden milk company in the early 1900s, walked away from it all to go be a missionary in China. He stopped in Egypt to study Arabic and was there only a month before he contracted meningitis and died. While most people would see his sacrifice as a waste, it is said that on his deathbed, Borden wrote in his Bible, “No regrets.”

Borden is buried in Cairo, in an obscure graveyard filled with forgotten people. His tombstone is plain, and you wouldn’t know where it was unless a guide showed you. On that tombstone are written three things: Borden’s name, the dates of his short life, and this epithet: “Apart from Christ, there is no explanation for such a life.”

Will that describe your life? Or will they say of you, “He was a little nicer than most people …” Are you living in a way that doesn’t make sense if eternity is not real?

Most American Christians give about 2.5% of their income. The average secular person gives away 1.8%. Our giving does not scream, “We live for a different kingdom!”

I’m not trying to guilt you into giving any church your money. But I am letting you know that if you’re not storing up your treasure in heaven, you’re missing out on something. Something big. And I’m pleading with you not to cling so closely to that Confederate currency.

Let your giving declare you believe in eternity and you’re living for Jesus’ kingdom. 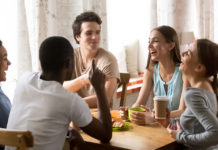 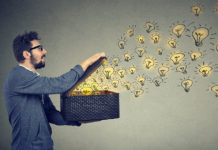 4 Keys for Leading Up 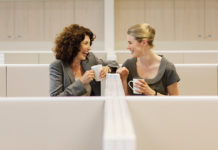 Take Your Faith to Work