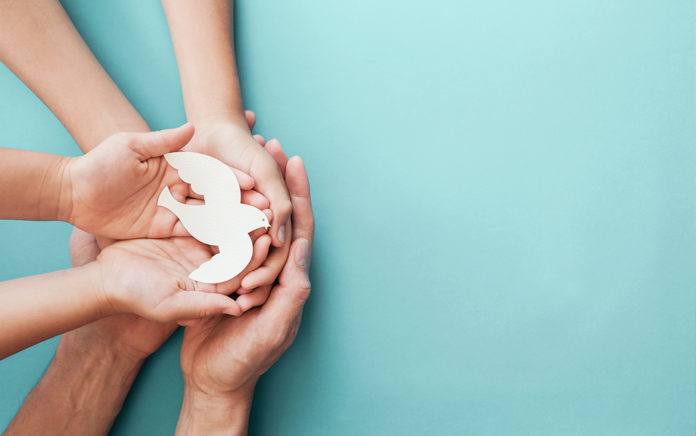 Just as ancient Israel before us, the church is called to seek the peace of the nation where we are called.

The influence of Christianity upon Western society seemingly has become a past experiment. As the Enlightenment experience failed—failing to eliminate all societal ills and bring about a human utopia—so too has the “Christian Nation” or Christendom failed. As a result, the church has struggled with this shift—and now finds herself, in many ways, confused as to her role and posture in a pluralistic, secular, post-Christian and skeptical environment. In other words, the church in North America has finally realized they are no longer in Kansas but in the land of OZ (or biblically speaking, in Babylon). And now believers and churches across the denominational spectrum are asking the question, What do we do?

In many ways, the North American church in the 21st century finds many similarities with the people of God in Jeremiah 29. (The dissimilarity that I must point out is that God was in a covenant relationship with the nation of Israel, whereas America is not.) Jerusalem had fallen. No longer did Israel experience cultural and national hegemony. Now in captivity, Israel experienced life as a sojourner, alien and minority. They were marginalized. Obviously, many saw their newfound position as difficult, demoralizing and depressing.

In response to their newfound foreign environment, they had a few options with regard to how they would posture themselves toward the larger culture. First, they could have just faded off as a sub-cultural hermit—sitting and longing for the “good ol’ days” as they faded into irrelevancy. Second, they could have taken a more antagonistic, resentful, and angry approach, one that was mean-spirited, violent and intolerant. They could have bashed the Babylonians over the head with the Torah. Third, they could have accommodated the Babylonians—thinking, If we can’t beat ’em, join ’em. Or, they had a fourth option—God’s option. They could seek the peace of the city.

Embedded within this Spirit-breathed option, there are at least three particular ways the people of God were (and are) called to seek the peace of the pagan land.

1. Live Here as if You Were Living There.

We are to live everyday normal lives as if we were living in the homeland. God informs his dazed and confused people to, “Build houses and live in them; plant gardens and eat their produce. Take wives and have sons and daughters; take wives for your sons and give your daughters in marriage, that they may bear sons and daughters; multiply there, and do not decrease” (Jer. 29:5–6). In other words, God tells them to live here as if they were living there (back at home)—faithfully tilling and cultivating both land and family while they multiplied in the land. Seeking the peace of the foreign land begins by living faithfully as if we are in the homeland. (Keep in mind that for believers today, our “homeland” is the new city where Jesus will have made all things new (Rev. 21).)

God expresses that his people take up the task of blessing the pagan nation. This is quite remarkable. The people of God were to live as a blessing, praying to the Lord on behalf of the nation as they seek the flourishing of the pagan city. For in the city’s flourishing, God’s people will flourish. While the scope of this article does not permit me the time to dive into the notion of “blessing,” this vision, nevertheless, harkens back to both Genesis 1 where God blesses humanity (Gen. 1:28) as well as the prophetic promise God made to Abram, “through you all the families of the earth will be blessed” (Gen. 12:3). Blessing a pluralistic and pagan city means believers will work for and toward the common good in a way to bring flourishing and functionality to every sphere of life.

We are to strive for faithfulness, rather than striving for world change. In this passage, there is nothing about seeking the transformation of the city. God doesn’t ask them to work toward transforming Babylon into a theocentric (Jewish) nation. God doesn’t ask them to transform the Babylonian culture and cultural practices to those that more align with the Torah. While change may very well take place, God’s call to his resident aliens was a missional posture of faithfulness—faithfulness in all areas of their life, as they seek God and the welfare of the pagan city.

In applying this notion to the cultural context of the church today, please don’t misunderstand what I’m saying. I completely agree that the gospel is transformative; the gospel changes individuals, families, cities and even nations. To a certain degree God did bring change in Babylon through the faithfulness of people like Daniel, Shadrach, Meshach and Abednego. My point is that the goal for the people of God is faithfulness to God and to his call, work and mission in the world.

In neither Testament does God ever assign the task to his people of world change or city transformation—forcing people to believe and behave like the people of God.

May the church today—in finding herself in this foreign land like Dorothy found herself in the land of OZ—seek to live faithful lives reflecting the characteristics, attributes and signs of God’s kingdom life in our homes, vocations, relationships and ethics. May churches seek the welfare of the foreign city, living as agents of blessing rather than antagonistic, mean-spirited, angry, resentful and defensive agents. And finally, may we take the posture of faithfulness—faithfully calling people to follow Jesus.