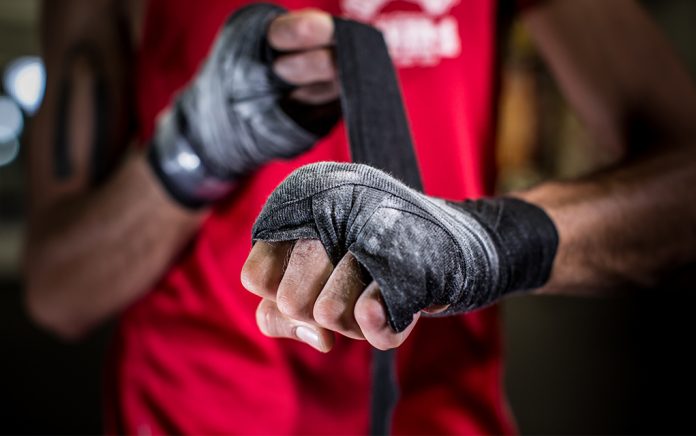 You can’t tame sin. You must fight it in the power of the Spirit.

Trying to tame sin rather than killing it is as silly as people making pets out of predatory animals.

I once read an article with the headline, “Pennsylvania Woman Killed by Pet Bear.” This woman had raised a black bear named Teddy from cubhood, and for nine years, there were no incidents. But then, one day, as she was cleaning his cage, the bear mauled her.

Some of the neighbors acted surprised. One said, “She was a good person; we just thought she had a strange hobby.” I don’t doubt the woman was a good person. But it doesn’t matter whether you’ve named your pet bear Teddy or not—my kids are not coming over to hang out. Because bear taming is not just an unusual hobby like stamp collecting. And sooner or later, bears do what bears do.

As a Christian, you have to acknowledge the predatory nature of sin, which means you also have to be continually fighting back.

Many people feel defeated by sin because they’ve been trying to fight the impulses of sin through the powers of the flesh. You have to fight in the power of the Spirit.

The opposite of confession is hiding your faults or keeping them to yourself so that you can maintain an illusion.

But that is a mistake because God can only heal your sin when you bring it into the light. Sin is like a kind of moral mildew on the soul that you can only get rid of by exposing it to the light of God’s presence. The Bible says, “Confess your sins to one another … so that you may be healed” (James 5:16).

This is in contrast to a negotiated settlement with God. Most people only want to ask, “What do I have to do to be considered a ‘good Christian’?” But that won’t work because God is not a force to employ; he’s a person to surrender to. When you say no to him, even about a small thing, you cut yourself off from fellowship with him—and his power.

3. Reassurance in the Gospel

The Spirit breaks sin’s hold on you by reminding you of your full acceptance with the Father.

This is counterintuitive, but it is always how Jesus changed people. He told the woman caught in adultery, “’Neither do I condemn you; go, and from now on sin no more’” (John 8:11). He put acceptance before change because only through knowing she was accepted would she have the power to change.

When Jesus fought Satan, he quoted Scripture that dealt with the specific temptation.

The Apostle Paul calls the Word of God the “sword of the Spirit” (Eph. 6:17). Scripture is our weapon, and going to battle without it is like going into a duel without a gun. Jesus didn’t approach temptation assuming that he could wing it. He came armed with Scripture. And if Jesus felt he needed to use Scripture to fight off temptations, then so should we.

Walking with the Spirit means you’re not just asking, “How close can I get to the line of sin without crossing it?” but instead, “What is the wisest thing to do?” Paul says many things are lawful, but they are not helpful (1 Cor. 6:12). That means certain choices may not be sinful, per se, but they don’t align you with the Spirit’s will.

A NEW KIND OF OBEDIENCE

The Spirit of God is not trying merely to curb your behavior; he is trying to change your heart.

In order to produce a whole new kind of obedience in you, he doesn’t just say “Stop it” to you regarding certain sins. Rather, he spotlights the beauty of Christ and assures you through Scripture’s promises that you are God’s child. He calls to mind verses that you have memorized to fight the temptations and the onslaughts of the Devil.

You need the Holy Spirit’s help to overcome sin. You need him to change you from within.