Home Features The Key to Bringing Millennials Back to Church 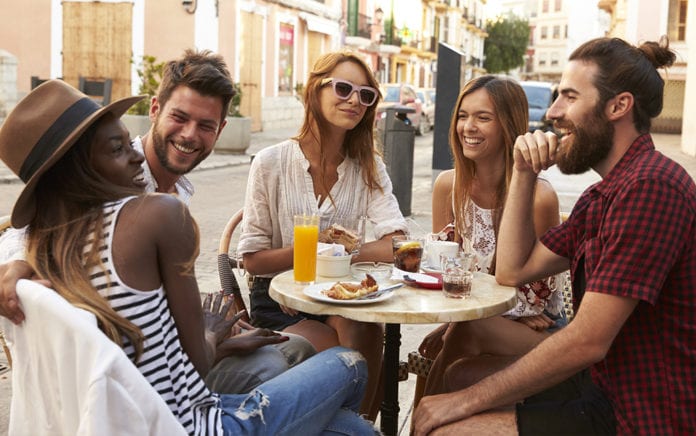 Millennials are aching for community, and there is no better place to find it than the church.

Over the years, many leaders have become frustrated with millennials because they’re not as cause-oriented as they were sold to be. I remember someone once complaining to me, “Millennials aren’t activists. They’re slacktivists!”

I see his point. Still, young people do have a higher propensity toward causes than generations before. But what many leaders don’t understand is this: Millennials aren’t drawn to causes. They’re drawn to cause communities.

Millennials don’t volunteer as individuals. They volunteer as groups. It’s not unheard of, but it’s rare that I meet a young person who faithfully serves alone for a long period of time. For example, here are some causes everyone jumped on:

Yet you probably won’t see anyone jumping on them today. Why did they stop?

• Was Kony captured?
• Is ALS no longer an issue?
• Has cancer been cured?

No. The need hasn’t gone away, but the community has. Therefore, the millennials have too.

I think we can all agree that one of the most well-known activists to ever live was William Wilberforce. When your cause takes more than 25 years to accomplish and successfully puts an end to the British slave trade, you’re no slacktivist. But what many forget is that Wilberforce didn’t accomplish this alone. His community was crucial.

He joined the Clapham Sect, a diverse community of pastors, mathematicians, brewers, writers, artists and members of parliament. It was a joint effort. It was a cause community. When things got tough—when their cause wasn’t trendy, when they had nothing going for them—they had each other and their convictions. Sounds a lot like the disciples and the early church.

From Outreach Magazine  Is It About Marketing? Or Reputation?

I think they’re not connecting because many of us have strayed from our unique cause. Christ called us to make disciples of all nations, but the reality is most Christians don’t disciple anyone. Only 17 percent of Christians say they meet with a spiritual mentor as part of their discipleship efforts. It doesn’t sound like Jesus’s last words have been our first priority.

In Jesus’s last words, he gave us the Great Commission to go and make disciples (Matt. 28:18–20). I know there’s a lot of talk these days about making America great again. But what Christians need to do is make the commission great again. (I may or may not have a red hat with this on it.)

The church doesn’t have a millennial problem. It has a discipleship problem.

Making disciples is the core of what the church needs to be about. I believe it’s our failure to do this that has turned off many millennials to the church. It’s not because the church played the wrong music or the pastor didn’t wear skinny jeans or have a big enough social media following. It’s because many churches stopped taking discipleship seriously. Instead of inviting young people to the same exciting and demanding adventure that Jesus called his disciples to, many churches effectively invited them to join a club and maintain the status quo.

From Outreach Magazine  Why Latinos Are the Church of Tomorrow

The church can no longer bank on just providing content as their main commodity, because this generation can google content all day. In our digital world, the seeming value of content is at an all-time low. This is affecting colleges, the publishing industry and even the church. You don’t need to go to church to get content. Millennials can live-stream a message, download a podcast or watch a YouTube video. But there’s still no app for genuine connection and life-on-life discipleship. That’s what the church can provide that the world can’t.

Again, we don’t have a millennial problem; we have a discipleship problem. And if we don’t fix it, then millennials will be the last of our worries. Because there’s already another generation on the way. So what we prioritize over the next 10 years will promote or hinder the health of the American church.

If they want a cause, let’s give them one. Instead of obsessing over how to reach millennials, let’s invest in how to mobilize them. Let’s disciple this generation so they can disciple the next.