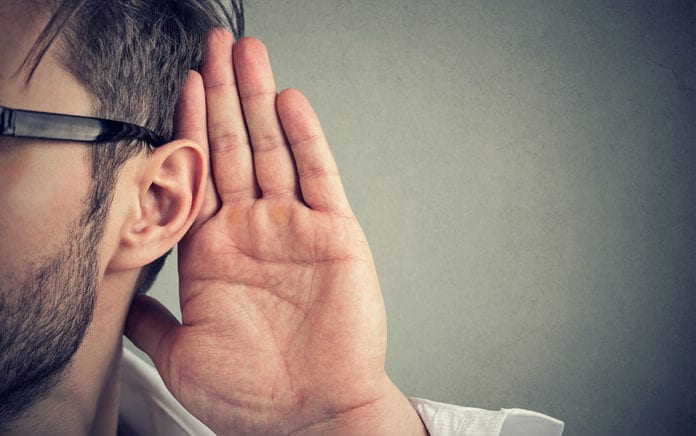 We have an opportunity to speak much louder through listening.

We have an increased opportunity to run our mouths more than any other generation.

That’s because we can effectively run our mouths not only with our actual mouths, but with our devices as well. We have at our fingertips the ability to broadcast our deepest thoughts, most profound opinions and hottest takes more easily than ever before. Perhaps that’s one of the reasons why we are such a loud people—it’s because we have the opportunity to be loud.

But into the throng of noise steps the command from James—the command to listen. Not tweet. Not broadcast. Not Facebook Live. But listen. And then be slow to speak in all the various ways we can. Given the nature of our super-responsive culture, this might be the most counter-cultural command for a Christian to obey:

“My dear brothers and sisters, understand this: Everyone should be quick to listen, slow to speak, and slow to anger, for human anger does not accomplish God’s righteousness” —James 1:19–20

Simple command, but hard to carry out. To do so means swimming upstream against the current of culture. But it also means following the example of Jesus who, though he had every right to respond to every accusation, insult and criticism, did not feel the same compulsion we do.

The prophet Isaiah predicted the non-response of Jesus:

The gospel accounts of Jesus’ trial and crucifixion reflect the same silence:

“And while he was being accused by the chief priests and elders, he didn’t answer. Then Pilate said to him, ‘Don’t You hear how much they are testifying against You?’ But he didn’t answer him on even one charge, so that the governor was greatly amazed.” —Matthew 27:12–14

“So he kept asking him questions, but Jesus did not answer him.” —Luke 23:9

Interesting, right? Maybe even a little maddening? It gets inside us a bit because of the injustice. Here’s Jesus, being falsely accused and maligned with all sorts of groundless accusations and insinuations, and he responds with … nothing. Silence. A closed mouth. It’s such an unbelievably stark contrast with our undeniable compulsion of response. It’s almost as if Jesus has some kind of freedom that we do not have—a freedom whose fruit is silence.

While we are enslaved by our need to have the last word, a clever quip or some kind of drop-the-mic self-justification. Why, then, does Jesus have this freedom of non-response that eludes us? I would propose two reasons:

From the very beginning of his ministry, Jesus knew absolutely who he was and what he was here for. He was, and is, the Son in whom the Father was and is well pleased. He knew what he was about, and he was completely confident in his personal identity and mission. Even when the crowds wanted to hoist him on their shoulders and carry him to power, Jesus felt no need to succumb to their praise.

A big part of the reason why we always feel the need to respond in any situation is because we lack this assurance and confidence. We don’t know who we are, or at least we haven’t fully embraced it. We, because of Jesus, have become the sons and daughters in whom the Father is well pleased, and because we are, we have no need of any more self-justification. If we truly internalized this truth, the truth of who we’ve become in Christ, we might find ourselves with an increasingly closed mouth.

Jesus didn’t just know who he was; he knew who his accusers were. In fact, he knew them better than they knew themselves. He knew they were deceived; unenlightened; slaves to the prince of the air and citizens of the world, fully indoctrinated into that line of thinking and believing. He knew this so well that he was able to pray for their forgiveness even as they put him to death.

But us? Well, we are far more concerned about responding than knowing. We are much more focused on our next word than the heart that motivated the criticism or accusation. We forget, in a day and time of easy and cheap social interactions, that the ones on the other side of the tweet are actually people who are made in the image of God. If we knew who they were, we might be much slower to speak and much quicker to hold our tongues.

If you, like me, find yourself enslaved by responding, chained by the need to have the next and last word, then perhaps we can focus our eyes on Christ who lived in the freedom of non-response. And as we do, perhaps we will be reminded again of who we are in him, and who the people are we desire so much to respond to.