Home Features Why Generosity Is Worth the Risk 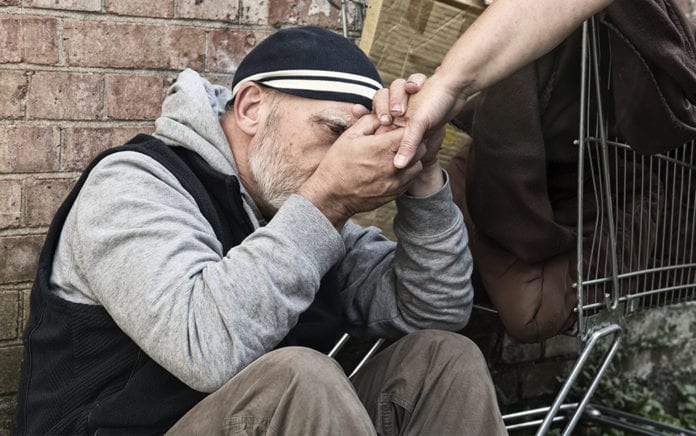 Followers of Jesus are called to be more generous than others.

Jesus grew up walking every day to the village market in Nazareth.

He’d watch Mary hand a coin to a merchant, and in exchange, the merchant would scoop olives into her basket.

I picture Jesus watching this transaction on his tippy toes.

Jesus undoubtedly noticed that some merchants gave his mom generous “measure”; i.e., slightly more than she paid for.

Over time, as Mary gravitated to the gracious ones, Jesus probably watched her insist on paying a bit more than was required; like when a merchant’s harvest was walloped by drought. She’d smile as he repeatedly thanked her for her generosity during a tough time for his family.

During times of a bountiful harvest, that same merchant would have given her much more than she paid for in return for her prior kindness.

The great spiritual writer Abraham Heschel remarked, “When I was young, I admired clever people. Now that I am old, I admire kind people.”

That’s because being kind is risky.

It opens us up to getting taken advantage of.

Sometimes we scoop out grace only to get dumped on in return.

There’s a reason Jesus taught, “With the measure you use, it will be measured to you” (Matt. 7:2).

When a merchant scooped out olives a decision was always made on the spot:

• Do I fill my measuring cup level to the top (giving the buyer exactly what they paid for)?

• Or do I shove as many olives as possible into the cup so that it’s overflowing (giving the buyer more than they paid for)?

From Outreach Magazine  How Growing Churches Strive to Make Connections

Disciples of Jesus always fill other people’s cups to overflowing, both literally and metaphorically. More kindness, more grace, more forgiveness than what is deserved.

Won’t people not reciprocate? Is it possible that we’ll just keep giving more than expected while others will give the least amount needed?

But according to Jesus, it’s because it’s far better to be taken advantage of by a few clever people than to never experience the joy that comes when we lavishly measure out kindness to everyone we meet.