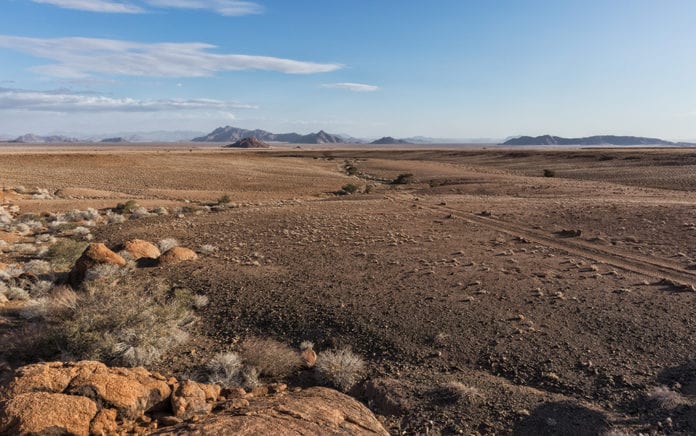 God chooses the humble places to do his greatest work.

Think of all the genealogies and historical accounts, and what seems, at least to us today, like unusual attention to land, geography, and place. So many proper names—and not one single mention of a rustic settlement tucked away in a region known for its obscurity.

Nazareth was an uncelebrated, forgotten town, off the beaten path, even for Galilee. When guileless Nathanael queried a friend about Jesus, he expressed the common Jewish sentiment in the first century (John 1:46): Can anything good come out of Nazareth?

Yet here in this sleepy town, his father’s and mother’s story began, and returned. They were Nazarenes. And it was only a matter of time before it would be the moniker that his enemies, and the demons besides, would use to throw shade on his credibility.

His parents came to Bethlehem as census travelers. He was born in noble Bethlehem, but this is not where they would stay. Mary and Joseph returned to their hometown (Matthew 2:23). And after they took their child up to Jerusalem to dedicate him, “They returned into Galilee, to their own town of Nazareth” (Luke 2:39).

So also, after his memorable visit to the temple at age 12, Luke tells us Jesus “went down from Jerusalem” with his parents. Indeed he did. To leave Jerusalem was to “go down”—not just geographically but socially. And yet, as a glimpse into the self-emptying pattern of his incarnation, the Son of God “went down with them and came to Nazareth” (Luke 2:51).

Outside the New Testament references, we know very little, if anything reliable, about ancient Nazareth—because it was so obscure. Eminent first-century figures didn’t know or speak much about it, at least not in prominent enough publications to be preserved.

Still, in God’s wise, world-shaming plan for his Son, part of his life of humility, and submission to his parents, was leaving the buzzing, big-city temple, the very nexus of the nation’s activity and excitement, and “going down” to small-town Nazareth, to live thirty years in obscurity.

Here he would remain until John the Baptist’s arrest (Matt. 4:13). And Nazareth not only meant a more out-of-the-way, rural, even backwater life than “up” in Jerusalem, but “Nazarene” would be a stigma he would carry the rest of his life.

From Outreach Magazine  Open Secrets: When I First Understood the Bible

Can anything good come out of Nazareth?

‘They Came to Nazareth’

Among Jews, Nazareth’s reputation was poor enough, but outside Israel, the town wasn’t even known. Which is why each of the Gospel writers had to explain what Nazareth was — a town in Galilee—when they first mentioned it (Matt. 2:23; Mark 1:9; Luke 1:26).

Today we sing about the little town of Bethlehem, but Bethlehem, humble as it was compared to Jerusalem, had a name that dwarfed Nazareth’s. Bethlehem was a city, with a history, and at that, “the city of David.” Nazareth? Can anything good come out of Nazareth?

Wherever we find his name on the lips of foes who want to give it a derogatory spin, expect them to call him “Jesus of Nazareth.” And if Nathanael’s comment, and the venom of demons and detractors, had not been enough, Pilate inscribed it on the instrument of his torture: “Jesus of Nazareth, the King of the Jews” (John 19:19). He humbled himself to the point of death, even death on a cross, even as a Nazarene.

The Glory of Nazareth

But Nazareth’s story did not end in dishonor. His Father saw fit not only to redeem a fallen race, but also a disgraced moniker, when he raised the Nazarene from the dead. Now the risen Christ is indeed “Jesus of Nazareth”—not in shame but unparalleled glory.

First it came from the angel at the tomb: “Do not be alarmed. You seek Jesus of Nazareth, who was crucified. He has risen; he is not here” (Mark 16:6). For more than three decades, “Nazarene” had been a bitter foretaste of his coming crucifixion. Now the tables have turned. Now it tastes of sweet glory.

From Outreach Magazine  Where We All Come From

Then came the revelation to Paul of Tarsus, who would admit, “I myself was convinced that I ought to do many things in opposing the name of Jesus of Nazareth” (Acts 26:9). Here even Jesus himself—in the only record we have of him self-identifying with Nazareth—took up the newly honorific title when he appeared on the Damascus Road. “I am Jesus of Nazareth, whom you are persecuting” (Acts 22:8).

God Grew Up in Nazareth

God himself grew up in a forgotten town in Galilee. He came down from Jerusalem, and went down in self-humbling, and down into the tomb, and then took Nazareth up with him in his triumph. And how many of us today, in adolescent immaturity, harbor a kind of mild contempt for our Nazareths, suspecting in our unchastened arrogance that we have ascended to heights greater than our modest origins? But oh what might God be doing in our Nazareths, and how might he be redeeming the days, and decades, that feel to us like such a waste?

How remarkable that our Lord, being fully God and perfect man, didn’t make for the big city first chance he got, or insist he dwell where all the action was. Rather, he gave nearly the entirety of his life and public ministry not grasping for Jerusalem, but humbling himself in Galilee—in a man-forsaken town called Nazareth.

The answer to Nathanael’s question is an emphatic yes. And not only good but the greatest. And because our God loves to produce his best in the places we least expect, perhaps we shouldn’t be so surprised when he makes the forgotten places in our stories into his chosen channels of our greatest good.

This article originally appeared on desiringGod.org.