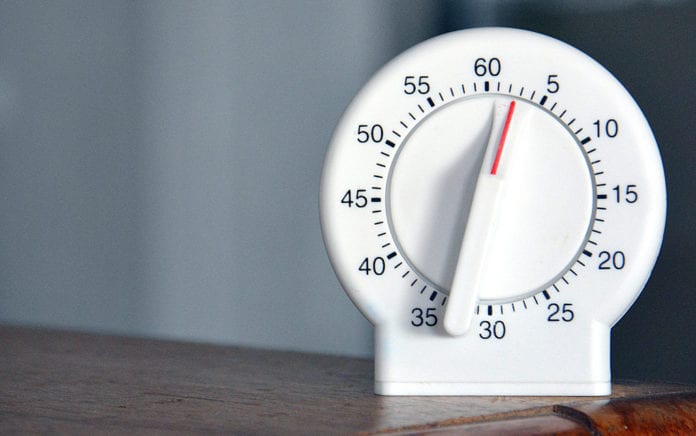 We often want the serial version of God’s work, but God accomplishes our growth in his timing.

“Then their good character will shine through their actions, adding luster to the teaching of our Savior God” —Titus 2:10

One of my favorite shows of all time was the show 24. Outside of a great lead character and the crazy storylines was the one aspect each episode offered that no other show was offering:

What “real time” meant in 24 was, essentially, if a person had a 15-minute drive, they didn’t arrive till 15 minutes later in the show. It’s quite different from seeing a character get on a plane, go to commercial, then see them get off the plane having traveled across the ocean during the commercial break.

Real time is where we live. And I wonder if we’ve forgotten that we are to navigate life in “real-time.” We read stories like Joseph, we preach about them in a series, and in a matter of a few Sundays, we’ve seen the beginning, middle and end. Like watching the average television show, in a half-hour we’ve seen so much transpire and be accomplished.

That brings me to my point. We forget the stories in Scripture are not in real time. For example, in Genesis 41:46 Joseph is 30 years old but eight verses later, he is 37. If they were written in real time we’d have so much superfluous information given about the seven years of plentiful harvest. I’m curious, yet very thankful, the Genesis author listened to the Holy Spirit on what should be and shouldn’t be included. Seven years would have been a lot of material to cover.

Why do I bring all of this up? Because as much as we know we are not reading in real time, I think we have an unrealistic expectation on how God works in our lives. We want the serial version of God where we confront an issue and everything is solved in a half hour.

I believe God is not constrained by what we know as time. He is God. Yet the more I read Scripture, the more I see that he works in us in real time. And the things that he desires to produce in us takes place over time.

And that brings us to Titus 2 and the issue of character. Paul writes to Titus about the fact that the teachings of Jesus need to be lived out in real time. That’s how our character is grown: in the day after day, moment-by-moment real-time expression; his character on display in our character.

I appreciate Eugene Peterson’s choice of using the word luster in The Message translation of Titus 2:10. When we show character, we show not just the beauty of the teachings of Jesus but the value of Christ to life and all.

Character is not optional in the kingdom of God. Our character is what takes “Christ, the hope of glory” and expresses it in the every day-ness of life so that people can experience the luster (beauty and value) of Jesus.

From Outreach Magazine  3 Keys to an Effective Guest Services Team