Home Features The Inescapable Question: Do I Have Something to Die For? 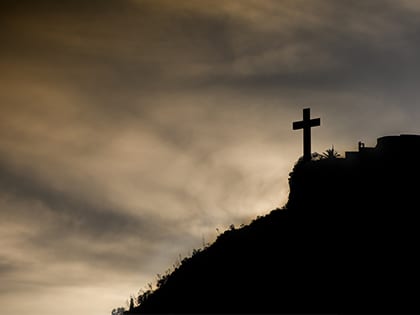 In the year of the 50th anniversary of the assassination of Martin Luther King Jr., I’m faced with the question of what I would die for.

This year marks the 50-year anniversary of the assassination of preacher and civil rights leader Dr. Martin Luther King Jr. Although this man is most known for his dream—the one he delivered to approximately 250,000 people, the dream that continues to live as a breathing document of hope today—the speech that best captures his life and ministry was given on the night before he was slain. It was titled “I’ve Been to the Mountaintop,” and in it he stated, “If a man has not discovered something that he will die for, he isn’t fit to live.”

In his sermon “The Drum Major Instinct,” given at the historic Ebenezer Baptist Church, he told hearers the way he wanted to be remembered. He wanted people to know that he tried to give his life serving others, loving others, being right about the violence of war, feeding the hungry, clothing the naked and visiting the imprisoned. Living an other-centered life is why his words still resonate with us 50 years later.

He wanted it known that he stood for justice, peace and righteousness. These were the Jesus-driven values for which he was prepared to lay down his life and die. Living a surrendered life is why we remember this dreamer, and why we continue to tell his story and introduce new generations to his legacy.

Buried within that speech about James and John’s desire for greatness as recorded in Mark 10:35–44 is Dr. King’s conviction that we often join groups—whether it be a church, a movement or an organization—because of this desire. We overcommit and are motivated by selfish ambition and quests for attention, recognition and importance. We may join, yet we are not always willing to die or give up this fleshly desire, because our motives are not always selfless or self-sacrificing in the way that Dr. King sought to live his life, or in the way that he aspired to model the life of Jesus.

From Outreach Magazine  Where I Find My Best Outreach Ideas

In God’s kingdom ordinary people do not become extraordinary influencers simply because of charisma or strategic planning. Throughout the Bible, we see those who bear great fruit have longevity, impact and multiplication because they have surrendered and submitted to God who equipped them to put their faith into obedient action.

Whenever I reflect on history and the sovereignty of God, I remember this basic truth: Jesus gave up his life. He willingly died. He taught and trained disciples how to live an other-centered life. Lay down your life for God. Lay down your life for your brothers and sisters. Because of the obedience of 11 faithful disciples, billions of people like Dr. Martin Luther King Jr. have joined the Jesus movement across generations and throughout history. Like seeds planted, they have willingly followed and sacrificed their lives too. That’s multiplication.

With this reflection, we are convicted about the universal church we have joined. We are also challenged to ask ourselves: What are we willing to die for? Sacrifice for? Is it Jesus? How do we allow the dream we have of God’s blessed kingdom to shape every aspect of our lives, even when the road and work get hard? If there were no physical blessings, no prosperity and no promises of physical heath or safety, how and why would we invite people to join this movement?

Natasha Sistrunk Robinson, an Outreach magazine contributing editor, is the visionary founder of Leadership LINKS Inc. and is the author of A Sojourner’s Truth: Choosing Freedom and Courage in a Divided World.