Home Features Why Do Most People Miss the Gospel? 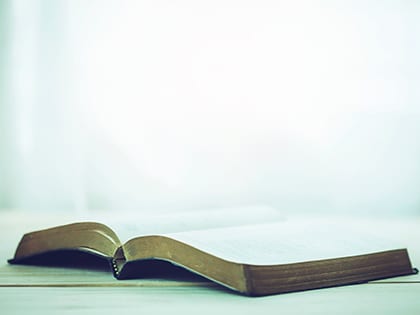 Hiddenness is one of the fundamental characteristics of the gospel, because God reveals himself only to those who seek him.

One of the most prominent themes in the book of Matthew is that of hiddenness: Even though the truth of the gospel is available to all who will hear, it is at the same time hidden. In fact, most people who encounter the gospel ultimately miss it.

In two of the shortest parables in Scripture, Jesus teaches about the gospel’s hiddenness, pointing out that finding the kingdom of God is like finding something of such incredible value that you’d gladly leave everything else behind to get it:

The Bible presents this theme in a number of ways:

1. The glory of Jesus was hidden in an earthly body.

The Son of God—who designed the oceans, the stars, the nucleus of the atom and the complexity of the human brain—was born into the world through the messy process of childbirth. He grew up among the poorest of the poor. He dressed in ordinary clothes, ate ordinary food, and his feet and back got sore after standing all day, just like the rest of us. He never led an army, won an election or got an award.

For those reasons, many people missed him.

But that was intentional. You see, had God come in power and physical beauty, he would have attracted people who only wanted to use him to get those things for themselves. He hid his power in an earthly disguise by design so that only those pure of heart would perceive him (Matt. 5:8).

Remember that scene at the end of Indiana Jones and the Last Crusade where they are trying to pick out which cup was the actual holy grail? The first guy, who was on a treasure hunt, has his partner choose a royal-looking, golden cup studded with diamonds: “It certainly is the cup of the King of Kings,” he says. But when he takes a drink from it, instead of giving him life, it makes him age 100 years in an instant, and he crumbles into dust and blows away. And the guardian knight memorably says, “He chose … poorly.”

Then, Indiana Jones, ever the erudite theologian, who wasn’t seeking treasure but trying to save Sean Connery—I mean, his dad—who was dying of a gunshot wound, picks out the very plain-looking cup and says, “That’s the cup of a carpenter.” And when he drinks from it, it gives life.

I wouldn’t normally say that Indiana Jones movies are great places to learn theology, but that’s not bad. Like the rough and plain cup, God hid his power and glory in a plain-looking package.

2. The power of the gospel is hidden in its simplicity.

The gospel message is not impressive on the surface. Its form—a preached word that we can set aside, argue with, even ignore—is mundane. Parables about birds and seeds are not the vehicle you’d expect to contain divine truth. But don’t let the form fool you—in these words are the very power of God.

An acorn is so small you can crush it under your feet, yet it has within it the potential for a mighty tree whose roots can split concrete.

In the same way, Jesus said, the Word, which is put in the mouths of ordinary people and contained in simple stories and parables, contains within it the ability to free the believing soul from the penalty and power of sin and infuse divine life into the hearer.

Think about it: Is there any other message simultaneously simple enough for a child to understand and profound enough to baffle an angel? That’s right—angels. They had a front row seat at creation; they witnessed God splitting the Red Sea and making a donkey talk. Every time they show up to deliver a message, people nearly die from awe. But what blows their mind is the message of the gospel, and that’s what they spend all their time talking about.

It’s why we say that gospel truth is like a well: You get the best water (and grow spiritually) not by widening the well but by going deeper into it.

3. The beauty of the gospel is hidden in ordinary believers.

Sometimes I find myself wishing that God saved more impressive people—more athletes, movie stars and brilliant intellects. Don’t get me wrong: I’m glad he saves ordinary people like me, but couldn’t he get more mileage out of “better” material?

And yet, that’s just not God’s way. The instruments of gospel proclamation are not extraordinary but ordinary people (1 Cor. 1:26–30).

But don’t be fooled by the plainness of the package. In C. S. Lewis’ Screwtape Letters, there is a passage in which the senior demon tells his demon-in-training to play up the disappointment his target feels when he attends church: Make this man notice the voices out of tune around him and the odd clothes and the cheap Christian jewelry and how so many of them are overweight or unattractive. Then he would believe that because some of those people look ridiculous that their religion must also be ridiculous.

Maybe that’s happened to you: You can’t get over the weird haircut or the country accent of the lady at church; you are stuck on the problems in the lives of some of the Christians you know; maybe you even think about me, “He just doesn’t sound that smart.” And it leads you to think, “This message can’t be true, because these people are just not that impressive.”

This is just how God does things. He doesn’t want you to be attracted to our beauty but his. So, he puts his glory in broken instruments to see if you’re more interested in divine truth or physical impressiveness.