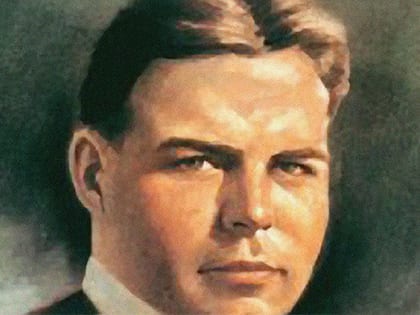 William Borden died before he could become a missionary, but God used his story to inspire a generation of missionaries.

In the early 1900’s, 16-year-old William Whiting Borden graduated from a Chicago high school. He was an heir to the Borden fortune. Before Borden began his Ivy League education at Yale University, his parents sent him on a trip around the world for his graduation present.

Earlier in Borden’s life, he had come to Christ through the great ministry of D.L. Moody. While on his trip around the world, something happened that no one expected. As Borden traveled through Asia, the Middle East and Europe, he felt a growing burden for the world’s hurting people.

Throwing his life away

Borden wrote a letter to his parents and informed them he wanted to spend the remainder of his life being a missionary. Upon hearing the news, one of his friends remarked that he would be “throwing his life away as a missionary.” Upon his return, Borden went on to Yale University and graduated. He then studied and graduated from Princeton Theological Seminary. When Borden finished his Ivy League education, he boarded a ship for China to serve as a missionary.

Due to his passion to reach the Muslim people, he stopped in Egypt to learn the Arabic language. While he was in Egypt, 25-year-old Borden contracted spinal meningitis. Within a month, he was dead.

A Wave of Sorrow Went Around the World

When the news of Borden’s death was cabled back to the United States, nearly every major American newspaper reported on it. As stated in his biography, “A wave of sorrow went around the world … he not only gave up his fortune, but himself to be a missionary.”

Borden had walked away from his wealthy fortune to take the gospel of Jesus to the nations of the world. Most regarded it as a tragedy; however, God took the tragedy and did something far greater than Borden could ever do himself. When thousands of young men and women read Borden’s story in the newspapers of America, it inspired them to leave all they had and give their lives to reach the nations with the gospel of Jesus Christ.

From Outreach Magazine  Open Secrets: When I First Understood the Bible

When Borden’s parents were given his Bible, they found the following. Just after he renounced his fortune to go to missions he wrote the words, “No Reserve.” His father told him he would always have a job in the company, then at a later point, his father told him he would never let him work in the company again, at this time Borden wrote in his Bible, “No Retreat.” Then, they discovered in his Bible these words written shortly before his death in Egypt, “No Regret.”

Was his life a waste? Not from God’s perspective. God used his life and death to call thousands and thousands of young men and women to leave all they had and give their lives to reach the nations with the gospel. God did greater things through Borden’s story than He may have ever done with his life in China.

Your Life this Week

We can all get in a mode of playing it safe in life. We tend to retreat from things that are hard. When we look back over time, we often have many regrets. How will you live this week? Live life this week with …

No reserve: Do NOT hold back this week. Whatever it is or whatever you are facing, do not hold back. Face it. Go for it.

No retreat: Do NOT always choose the easy path this week. There are times when God’s will is not easy. Go forward in what God is leading you to do in life. Do not turn back. Go forward with God.

No regret: Do NOT live cautiously this week. When this week is over, have no regrets. Live life to the fullest. Choose only God’s will this week.

From Outreach Magazine  What Happens When the Church Prays?

We need pastors and church leaders with this kind of spirit! No reserve, no retreat, and no regret!

Now is the time to lead.

Ronnie Floyd is the senior pastor of Cross Church in Springdale, Arkansas, past president of the Southern Baptist Convention and founder of the Cross Church School of Ministry. This article was originally published on Floyd’s blog at RonnieFloyd.com.