Home Features Why Brutal Feedback From a Friend Is Good … Even When It... 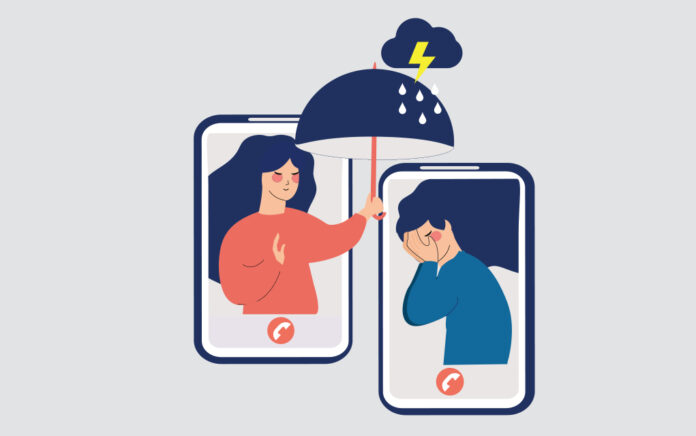 Criticism can be one of the most precious gifts you can receive from those who are in a position to give it.

My first attempt at a church planting prospectus was dreadful … like really bad. (Click here and see why!)

I sent it to a good friend and I think his words were close to: “This looks like a middle schooler put it together with an inkjet printer. Start over.”

My pride was shattered, but I did my best Humpty Dumpty act, tried to piece my identity back together, accepted his feedback and hired a graphic designer, who helped me rework the entire prospectus. (Click here to see our final product.)

The point is this, God’s word is true when he speaks to us in Proverbs, “Faithful are the wounds of a friend; profuse are the kisses of an enemy.” (Prov. 27:6) and “A word fitly spoken is like apples of gold in a setting of silver.” (Prov. 25:11)

Church planter, criticism can be one of the most precious gifts you can receive from those who are in a position to give it. You don’t necessarily want it, but if you can’t receive it, you may not be ready to embark on planting a church.

Here’s another example. As a church planting resident, I was given the opportunity to preach Sunday evening sermons from time to time, to get feedback from the rest of the staff in the next day’s staff meeting. I had an illustration that worked in my head but, to put it nicely, went horribly wrong in the sermon. I didn’t understand why people in the room had weird looks on their face, but I just plowed ahead. The next day in the staff meeting I knew something went wrong when the senior pastor said, “Let’s skip the morning service and go straight to Mike’s sermon from last night, specifically your illustration.” I think he said, “I thought you might be having a stroke up there or that you lost your mind mid-sermon and was about to tackle you until you finally got to the punchline.”

We all laughed, myself included, but this was a hard pill. I consider myself an able preacher and teacher of the Bible, but hearing my illustration bounced back to me confirmed the truth of this tough criticism.

But I learned. Now I am far more careful about my illustrations, considering not only how they work in my mind, but how a congregation may hear them. I began to think not only about preaching a well-illustrated sermon but preaching to real people who wouldn’t have my notes in front of them.

Probably the hardest example is the closest to my heart. While raising support for our church plant, I traveled to a church I had served previously to preach and talk about the work we were embarking upon. That evening, driving home from a gathering with some church members, I asked my wife how she thought my sermon was. She was quiet but said, “It was all right.” This was strange; she had always been affirming and when critical she would speak directly to an area to improve. So I pressed her, and she said directly, “You preach differently now. You used to be better.” I was stunned and asked what she meant. She replied, “You preach like you’re trying to sound like one of them.” “Them” was the pastoral staff of the church where I was doing my residency. I responded defensively. Later, when I was forced to assess what she said, I realized she was right. I so wanted the approval of man, I had tried to shape-shift into something I wasn’t to win acceptance from people I admired. This is folly.

My best friend had given me a faithful wound.

To be clear, as preachers we should always be developing and progressing in the gifts the Lord has given us. We should get better at preaching the more we do it. If we aren’t, we need to remedy that through reading, taking a course or seeking out helpful and brutal feedback that will aid us in getting better.

But getting better means finding your own preaching voice, not mimicking another’s. I was a bad impersonation of these brothers I admired. My wife saw it, but I was blind to it.

Here’s the point: You should welcome brutal feedback from your mentors and trustworthy brothers and sisters in Christ. Remind yourself they are actually loving you well, even when it hurts. They are saying hard things to you for your success, not your failure. Not every critic is worth listening to and not all brutal feedback is wanted or helpful. Yet if you have trusted Christians in your life who you respect and will speak honestly and directly to you, you must listen and receive the lumps.

Little kids—and even me now—hate getting shots at the doctor’s office. However, when my kids were old enough to use words, we started teaching them to say “Thank you” to the nurse when they got shots. Why? Because we told them—every time—that the shot hurts, but the medicine helps. They are giving you something good, even though it stings, and we should thank them for this gift.

Church planter, when brutal feedback is your medicine, take the sting and say, “Thank you.”