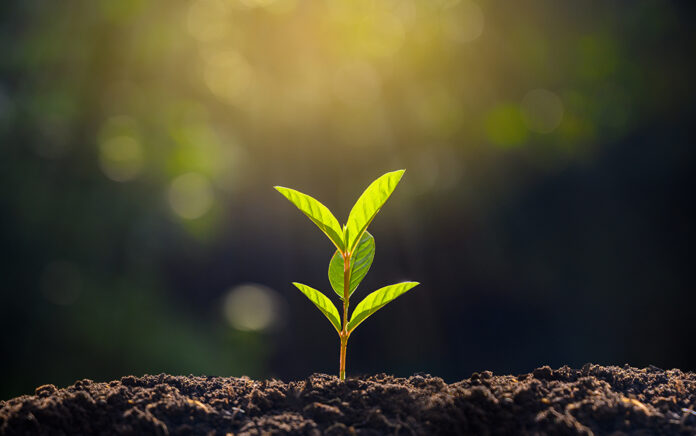 The truth about church planting never resembles the architect’s renderings and the slick “plant with us” pamphlets. The realities can leave you confused and disillusioned. Here are five truths that might keep you keep you sane and in the game.

Architects’ renderings of proposed new buildings are spectacular. The sun is always shining, the sky always blue, the trees always in bloom, and the pedestrians always happy, attractive and fit. There’s no bird poop on the railings or cracks in the concrete. It’s nirvana with a new address.

It doesn’t take long in your journey as a church planter to realize the same is true for you. Dazzling visions have been created, depicting how it’ll go and what it’ll look like. But once the work starts, the realities hit—hard and often. Things show up that don’t get talked about in the conferences and brochures—unwanted surprises that slow your progress, alter your path and bust you in the chops. When they do, they can leave you confused, disillusioned and questioning your calling, your abilities or both.

Let’s recognize the truth about church planting. The real thing never resembles the “blueprints.” Being aware and honest about the realities church planters encounter can keep you sane and in the game. These don’t generally appear in the slick “plant with us” pamphlets, but here are a few of the almost-universal truths you can expect in your church planting adventure—and some perspective that might help keep you off the ledge of the very project you’re building.

1. You’re not “all that”—and you don’t need to be. Maybe you’ve been a golden child in your previous ministries. Maybe you were celebrated for your speaking gifts and lauded for your leadership abilities. That’s very nice. And when you plant a church, all that adds up to precisely … squat. The biggest factors in how a church planting endeavor goes are completely out of your sight or control and have little to do with your level of sincerity, zeal or ability. God expands his kingdom his own way and in his own timing—and he doesn’t need your mad skills to do it. But here’s the thing: He wants you anyway. He chose you to lead this thing, and he’ll weave your faithfulness to the gospel and perseverance in loving people in his name into what he produces—even though you can pretty much count on it not looking anything like what your natural abilities can produce.

2. The old ways don’t work, and neither do the new ones—but that opens endless possibilities. The world has changed, and the “proven” church-launching methods from a generation ago aren’t working anymore—if they ever did. In our postmodern, post-Christian, post-pandemic society, nobody really knows what the most effective gospel-spreading mechanisms will turn out to be, despite what the futurist books and supposed “experts” might be saying. But change brings opportunity and presents a chance for brand-new wineskins to be made, to deliver the wine to a new generation. Let the new world order give you permission to take new risks and try creative new approaches. The worst that can happen is they won’t work either, but you’ll keep learning until God leads you to some that do. Remember Thomas Edison’s words about his 10,000 failed attempts before successfully inventing the light bulb: “I have not failed,” he said, “I’ve just found 10,000 ways that won’t work.”

3. Nobody cares half as much or works half as hard as you do—but you don’t need them to. You might be the greatest motivator on the planet, but those who make up your core team and early members aren’t nearly as dedicated to your dream as you are. They might be good, faithful genuine people, but their time and commitments are scattered, and they are guaranteed to disappoint you. It’s not their fault or yours. Everyone’s got their own capacity limits and their own involvement lifespan. Not everyone is a 10-talent servant. In fact, few are. Don’t demand the sheep become co-shepherds and don’t shame them when they act like sheep. You’ll only set them, and yourself, up for resentment if you assume their bucket size should be the same as yours. Appreciate and affirm what they can give. Equip and challenge them and accept the level of commitment they’re able to offer, for as long as they do. You’ll still make impact together, and everyone will be healthier as a result.

4. It takes twice as long, is twice as hard, costs twice as much—but it eventually gets done. Like building construction, a church plant’s expected timetables and cost projections go out the window quickly, and they need to. Sure, you know the stories of new churches that exploded into behemoths and led to book deals for their planters. Praise God for them. And know they’re very much the exception—and aren’t always what they appear anyway. True transformation, the kind you’re wanting to see happen in the lives of people who genuinely meet Jesus, is a slow process. Get used to feeling like you’re not getting anywhere, but hear God’s voice remind you that you are. It’s the way the kingdom advances—incrementally and unnoticeably—until the yeast of the gospel eventually penetrates the loaf. That’s the way of substantive, legitimate growth. If your new church isn’t growing fast, it doesn’t mean you’re doing it wrong. It might just mean you’re doing it right. And as you stick with it, you’ll be surprised when one day you look around at what actually got accomplished and say, “When did all this happen?”

5. In the end, it’s absolutely worth it. There is no higher privilege on earth than being part of seeing spiritual life ignite within a soul for the first time. The gospel is still the most powerful force in the universe, and planting a church gives you a front-row seat to watching it work. Those who stick with it, through the inevitable times of surprise and disappointment, see fruit from their church planting efforts that become the greatest joys of their life. I’m one of them. You are on the road to being one, too. Keep your eyes and heart open, expect the road to be bumpy and arduous, adjust to the inevitable setbacks and challenges and you’ll stay on a course that will leave you saying, “Yes, the final product doesn’t match the architect’s rendering, but it might actually be better.”