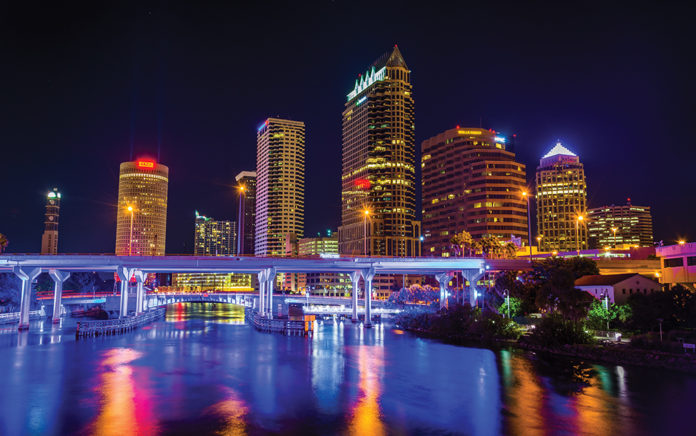 How the microchurch movement is reaching beyond church walls

The pandemic has pushed church leaders to explore new ways of reaching people, including decentralizing and getting smaller. Recently, Brian Sanders, founder of The Underground in Tampa, Florida, and author of Microchurches: A Smaller Way, and veteran church planters Peyton Jones and Daniel Yang sat down to discuss the future of adopting church models, what makes a church a church and how existing churches can start and support a microchurch kingdom enterprise.

Tell us about the beginning of The Underground and what drove you to think “microchurch network.”

The idea for The Underground probably started as a protest. I was disgruntled with the church. But that type of angst can’t last long. At some point, you realize if you think something isn’t right, just do it differently. So, we were actually talking about deep structural ecclesiology, not just form. It was really an experiment. It’s not like it’s a finished product.

Do you think it’s possible for someone to adopt The Underground model?

Because we live in this incredibly fast, adaptive time, I think we’ve moved into a place where if you don’t have a future orientation, you’re not going to succeed. Looking back even two years ago, a model might be obsolete. The issue is not so much taking a model and redoing it; it’s more a matter of learning how to adapt or create a model.

You have to wrestle with the mystery. What is our wicked problem, this impossible thing that can’t be done? And then you work on it and you pray and you’re desperate. And you strategize, and you try and you fail. To me, that’s what’s transferable today—the learning process.

How do you define a microchurch? What does minimal ecclesiology have to do with it?

It’s not so much an issue of being small, although they can be small. Everybody has their minimal ecclesiology. In business terms, it’s called “minimum viable product.” For us, it’s three essentials: worship, community and mission. And when those three things are overlapping in a group of people, we say you’re looking at the church. Everyone has their own irreducible minimum that leads them to say, “OK, I guess that is actually the church.”

There are things that can run around masquerading as a church that aren’t the church. But they have a sign and a budget and an elder board. Then there’s some things out there that aren’t being called church that maybe should be and could be empowered. And then the subsequent question that leads us to is, “OK, well, who would lead them?”

The more mobile, flexible and contextual a church is, the more people who can lead it and the more places it can go.

Give us an example of how an Underground microchurch gets formed.

It wouldn’t be that different from some of the language a missional community uses, defined first by a group of people living “sent.” So, it could be something as simple as a house church that’s sent to a neighborhood. It could be a group sent to a sports team, to strip clubs. Or a demographic-driven gathering of people: middle school Black girls, single mothers, those who have experienced sexual trauma. Together, these are niche groups of people with unique stories, unique needs and a sense of corporate identity.

I met a guy who’s a world-renowned professional at doing handstands. I don’t understand it at all. But I told him, “This is an incredible opportunity for you to bring the gospel to this group of people you know.” Who but you is going to penetrate that group?

Suddenly, the apostolic possibilities are extraordinary, but also this is the revival of the priesthood of believers. I told this guy, “Do you know another believer in this group of people?” The gravitas he suddenly feels is immense because he realizes, God has sent me to these people. I’m not just one of many, I’m the only one.

I think a lot of the way we move people into ministry or into mission is through extrinsic motivation. We’ve created this sort of externalized “come to this thing.” We need to find a way to recapture intrinsic motivation: What are you going to wake up every day thinking about?

What are other possible infrastructures that could support microchurch networks?

I think the big return on the idea of microchurches is the fact that recapturing mission is a central piece of it. A missional community definitely does that, but you’re also allowing it to be the church. And that’s a pretty important shift for us, because then we start saying, “Man, are you saying anyone can lead a church?” Exactly. We’re talking about a true network of autonomous microchurches. And then the centralized expression is defined by serving those churches. Can a traditional church pivot to do that? Of course.

What are some practical fundraising options you’ve seen for starting microchurch networks?

I think the easiest way to liberate your system from the economic model is to look at the people who give, which in most churches is a small group. You identify those 10 or 12 people, you sit down with them, and you actually stop pretending like you don’t know they give all the money. You look them in the eye and say, “Listen, this is what I feel God is leading us to do. Would you continue to support the work of this church for the next three years if it functioned as a kingdom enterprise and not as a traditional Sunday morning church?” Those 10 people become a sort of advisory board because they’re funding the work now. Just like that, you could flip the script on the whole approach.

Elaborate on how the three essentials you mentioned—worship, community and mission—overlap in a microchurch in a strip club.

Once you feel called to a group of people, you have to figure out a way to not just reach them, but also to provide meaningful expressions of community and worship. Early in 2007, one of our first expressions was a microchurch to women coming out of prostitution or the sex industry. They would do club outreaches. They worked with the managers to go backstage into the dressing rooms and offer the women gifts and pray with them. But they would often wait for these women when their shift was over and ask them to go to breakfast and talk about life.

That’s what the nonprofit parachurch sector can teach us. They have been doing this for years. They figure out what their mission is and then they think, What do we have to do to love and reach these people? They figure it out and don’t feel constrained. They find a way to do it. The creativity of the church is unbounded.

You will find live interviews like this as well as webinar replays in the Exponential HUB. To listen to the full podcast of this interview, go to Multiplication.org/podcast-f9.