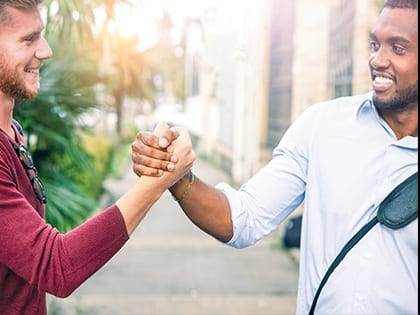 On Saturday, August 12, 2017, shortly after a so-called White Nationalist rally sparked racial unrest in Charlottesville, Virginia, Sheryl Gay Stolber and Brian M. Rosenthal reported in The New York Times, “The city of Charlottesville was engulfed by violence on Saturday as white nationalists and counterprotesters clashed in one of the bloodiest fights to date over the removal of Confederate monuments across the South. … The rally quickly exploded into racial taunting, shoving and outright brawling, prompting the governor to declare a state of emergency and the National Guard to join the police in clearing the area.”

As the article suggests, this was not the first rally of its kind and purpose. In fact, in the small resort town of Hot Springs, Arkansas, a group that seeks to preserve Southern heritage has been responsible for 29 such rallies since July 4, 2015. These rallies are held each month in the city’s center, near a statue of a Confederate soldier placed there by the Daughters of the American Revolution in 1934.

Exactly one week following the tragic events in Charlottesville, I happened to be in Hot Springs eating pizza with my family at a popular spot. One of the TVs directly in front of our table was tuned to the 10 o’clock news. The lead story was about the 29th rally of its kind that had taken place in the city earlier that day.

Turning to my right, I noticed a table at which sat an African-American man and his family of four. Silently, discreetly, I observed him watching the news report. The man’s eyes were fixed in a solemn stare at the monitor, as signs, symbols and shots of marchers scrolled across the screen.

In his eyes, I detected no hint of hate, anger or defiance. Rather, I saw deep-seated sadness, pain and resignation. He wasn’t shocked; he was numb.

On the one hand in the moment, I wanted to do something—perhaps speak out right there in the restaurant or, go meet with him privately to extend compassion and hope. My mind raced with possibilities.

From Outreach Magazine  How to Shape and Maintain a Kingdom Vision

In one way or another, I wanted him to know that I did not agree with the words and actions of a few. On the other hand, I worried that any otherwise well-intended gesture on my part may be seen as intrusive and self-serving and would only make his burden heavier. I wondered, What realistically can I do to right such a systemic wrong? What difference can I make, just one person to another, to someone I don’t even know?

So, I did nothing.

Sometime later, the man and his family finished their meal and got up to leave. Having gone on with my own evening, I had set aside earlier concerns until I noticed him again in that moment. This time, I promptly moved toward him before analysis paralysis got the best of me.

Extending my hand and shaking hands with him, I said, “Excuse me, sir, my name is Mark DeYmaz. I saw you watching the news report earlier in the evening.”

“Yeah?” the man said, caught off guard and leaning back.

Quickly, I continued: “I just want you to know how wrong it is and how sorry I am you had to sit here tonight and watch that with your family. I am so sorry that we could not otherwise share an evening out—the same meal, in the same place, in the same town—as neighbors, without having to deal with racism. I am ashamed. I apologize. Please forgive me, and know they do not represent me.”

To my thankful surprise, the muscles in the man’s face eased, his eyes warmed, a small but evident smile appeared. Turning to leave and rejoin his family, he looked me in the eye. Somewhat tentatively, but in all sincerity, he said, “Thank you. Yeah. OK. Thank you. [Bigger smile] This is good.”

To be clear, this is not a story about me.

It’s a story about him and his family, about African-Americans in the American South, and more broadly about the sincere concerns of people of color in this country. Indeed, for all that’s otherwise good about the United States, the causes and effects of certain inequities and systemic racism still plague us to this day.

It’s a story, then, about our need as white men and women of Christ to pursue and listen to our biblical neighbors (Luke 10:25-37). We cannot and should not dismiss their angst, ignore their pain, accept resignation or turn a blind eye as if what’s been, and what is, will always be so.

As the apostle Paul makes clear, we are to have the same attitude for others as Christ had for us (Phil. 2:5). We are “not merely to look out for our own personal interests but also for the interests of others” (Phil. 2:4).

In this way, by humbling ourselves as Christ did (Phil. 2:6-8) and by taking small and big steps alike, individually and collectively we can make a difference. We can and should do something.

For the sake of the gospel, I pray we will.

Mark DeYmaz, an Outreach magazine contributing editor, is the directional leader of Mosaic Church of Central Arkansas and co-founder and president of Mosaix Global Network.