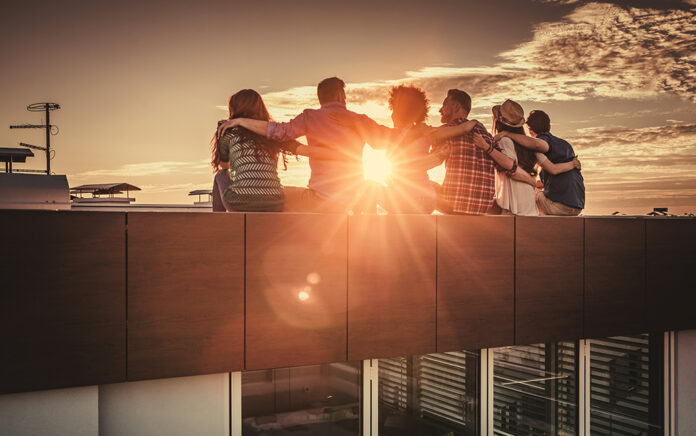 Three important shifts contributed to the stirring of evangelism: equipping people to be everyday missionaries, elevating the role of groups, and amplifying opportunities to serve.

The last couple of years have reshaped churches’ activities, numbers and thinking. Many of the fastest-growing churches have shifted their evangelism strategies or renewed their focus on their mission. Their increased awareness and specific emphases are worth considering for any church leader. Three important shifts contributed to the stirring of evangelism: equipping people to be everyday missionaries, elevating the role of groups, and amplifying opportunities to serve.

While some of the growing churches shared similarities in many of the shifts they have made, the timing of those shifts varied. For some, like EastLake Church in Chula Vista, California, the change occurred 10 years ago, but it prepared them for ministry during and after the pandemic.

Senior Pastor James Grogan’s heart was for their people to be equipped to do more than invite people to church—he wanted them to be comfortable saying, “I can share the gospel with them. I can lead them to Christ. It is my job to disciple them.” A small but profound change to the church’s mission statement signaled that this was every believer’s role. With the addition of the first word, it now reads “People helping people find and follow Jesus.”

This change had the core of the church seeing themselves as everyday missionaries, which helped to create a culture open to equipping and prepared them to continue to share the gospel during the pandemic.

“It’s our people who are in touch with their neighbors, their co-workers. That has to be the heart of evangelism,” says Grogan.

For Mike Baker, senior pastor at Eastview Christian Church in Bloomington-Normal, Illinois, a similar emphasis came later in the pandemic as their elders prayed about how to return and rebuild after 2021. They concluded, “We’ve got to call our people to take this seriously and own this responsibility and privilege of sharing the good news.”

Their approach features a strategy focused on threes: it calls for each person to pray for three people every day, to pray for three places where they go all the time, and then extend three invitations among the people and places in their life.

“This has been something I have championed as much as anything I’ve done in the last 15 years of my being senior pastor here,” says Baker.

Heritage Church in Sterling Heights, Michigan, set up training centers during the pandemic to help people become disciple makers. This included learning to tell their story and quickly summarize the gospel. One member, Josh, had a man ask him for money in the parking lot of Home Depot. As Josh got change from his car for the man, he asked if he could share how God had delivered him from addictions. The man, who had struggled with addictions himself, said, “Nobody ever stops to talk to me, let alone telling me how I can find hope.” The man prayed to receive Christ in that parking lot.

Kara Stoerzinger, executive pastor of equipping at Hosanna Church in Lakeville, Minnesota, sums up this approach best: “Evangelism has shifted to more of a personal disciple-making relationship as opposed to an attractional model.”

While most of these churches are still encouraging people to invite others to church—often far more frequently than the typical church does—the evangelistic focus is typically described as focusing more on the individuals in their congregation.

“The shift for us was to see the neighborhood as the beginning place for ministry to take place,” says Baker, adding, “I don’t know why it took us so long or took a pandemic for us to get that.”

Generation Church in Mesa, Arizona, maintained a heavy emphasis on inviting people to church where gospel-focused sermons are shared every week, offering opportunities for people to accept Jesus. Yet during the pandemic, they saw fewer non-saved seekers coming.

Senior Pastor Ryan Visconti says, “During the height of COVID-19, if you weren’t already a Christian, you were less likely to show up to a church gathering looking for answers and seeking.”

So, he preached a series focused on sharing your faith. “We had to encourage people to evangelize through a grassroots strategy. They had to take on more personal ownership of the mission and carry that out into the world. Good has come out of this season when a lot of people have had to take up that mantle themselves and learn how to actually talk about Jesus, overcome some objections and be ready to give the reason for the hope that they have.”

Whether a change in the mission statement, and specific and transferable strategy, the creation of training centers, or the pastor training his people from the pulpit, all these churches saw the benefit of equipping their people to be everyday missionaries.

An Emphasis on Groups

Another important focus was the role of groups in outreach. As Hosanna Church shifted strategies, “[we] put all our proverbial eggs in the basket of our community groups,” says Stoerzinger. This allowed the church to move ministry outside the church while still having corporate worship within their campuses. When large gatherings were not possible, they emphasized small community groups. As a result, individual evangelism increased dramatically.

Many of the community groups met via Zoom during COVID-19, but also reached new people. Stoerzinger had invited people in their neighborhood to church for 25 years, but they were always too busy. During the pandemic, many said yes to community.

“It has been life-changing for [the groups],” she says. “One of the women recently signed a text to the group, ‘your fellow disciple-making mamas.’ They literally see themselves as disciple-makers in the kingdom field. That’s a pretty incredible shift.”

To reinforce this change in strategy, Hosanna Church is now staffing toward disciple making. They have added a couple of leaders to coach community group leaders. Growing the number of these disciple-making leaders is now a key metric for their church.

At Heritage Church, Lead Pastor Jeff Forester admits they are a big attractional church, but that is not their only strategy. Recognizing some would never walk through the doors of a large church, he says, “For us, it’s not either/or. We also believe in personal evangelism in small groups and house churches.”

In the last two years, this strategy has caught on to reach people who “would go sit in your friend’s living room and begin doing a discovery Bible study exploring the claims of Scripture with another Christian. We want to support that,” says Forester.

The discovery Bible studies are all nonbelievers when they start, except for the leaders. This creates an environment where everyone is investigating. The discussion is centered on one individual passage.

These groups were started out of their disciple-making training centers. As individuals were trained to share God’s story, they began to gather those they know who didn’t know Jesus but were open to discovering what the Bible says about Jesus.

From Outreach Magazine  Why Christianity Must Be Both Personal and Public

Shepherd Church in Porter Ranch, California, started a ministry called “Go Teams” that encourages everyone in the church to serve in some capacity on campus or off. They have partnered with several local ministries to provide opportunities, including a homeless ministry, foster care and taking meals to first responders and hospital staff.

Liberty Live Church in Hampton, Virginia, also expanded their community ministry efforts by partnering with the local food bank to distribute food and offering prayer in their parking lot. Some came to faith in Christ and began to attend the church. They conducted an appreciation banquet for nurses in the area and saw several begin to attend their church. They even took gift baskets and cards of appreciation to local funeral home staffs.

Executive Pastor Scott Payne says, “We work with funeral homes all the time, but we’ve never done anything for a funeral home. That experience probably shocked us more than anything, because when people received those gifts they literally cried.”

After the church held an international lunch, one of the catering staffers, who was from Afghanistan, approached them with his need for a place to live. Payne says in God’s providence the church already had a place they could offer, as well as a translator. The man began to invite friends to his house and asked the church to teach them English as a second language.

“We are seeing a lot of opportunities to minister,” Payne says. “Our people are catching it. ‘Hey, we’re supposed to be ministering to our community.’”

A plumber in the church came across a widow whose bathroom was unsafe and needed a lot of work. She didn’t have the means to fix it, so he reached out to others in the church and was able to meet her need. In the process, he invited her to church. Now she is attending regularly.

Liberty Live Church still emphasizes inviting people to church, but they also now track their community involvement and share what they are doing.

“We’ve been blown away by the thank-you letters we have gotten,” says Payne.

EastLake Church ministered in similar ways: partnering with their food bank, hosting more than 20 blood drives, holding parties at two local hospitals for the staff and paying for Wi-Fi hot spots for families when education went online in San Diego.

Grogan says, “We take a posture that we are for our community, and we want to bless our community. People welcome us, even if they don’t believe what we believe.”

The growing churches we spoke with mentioned many challenges to evangelism. Here are several common ones and how churches address each.

The church addresses this challenge through many different methods that all point in the same direction, including making food packages, planning mission trips and reinforcing what is being learned in Grow Group Bible studies and weekly services. Each activity is designed to help people recognize opportunities and share what Christ has done for them. “Hopefully, it becomes a way of life for everybody,” she says.

From Outreach Magazine  May 3: A Call to National Prayer

Throughout the pandemic, “we always kept the purpose of the decisions that we were making not based on who we could keep but on who we could reach,” says Forester. “That really helped provide the focus for our church. People knew from the very beginning everything we were doing is just to be able to reach people that are open and receptive to the gospel right now.”

CenterPoint started two new campuses during the pandemic. McMillan says, “I know each is not going to launch as big as it would have otherwise, but we’re going to do this because Long Island needs more churches. It came back to reminding our church that there’s a purpose. We have the hope that no one else has out there. It does come back to the culture that is being created: people owning their area, their community and their potential influences for the gospel.

“I keep coming back to the simplicity of what we do and the nonstop emphasis of it,” he adds. “I think if churches truly focused more on this, there would be so much more growth. The No. 1 thing is truly to invest that long-term time in creating a culture where every person who is part of the church is a missionary.”