Home Features Nicky Cruz: A Love That Makes No Sense 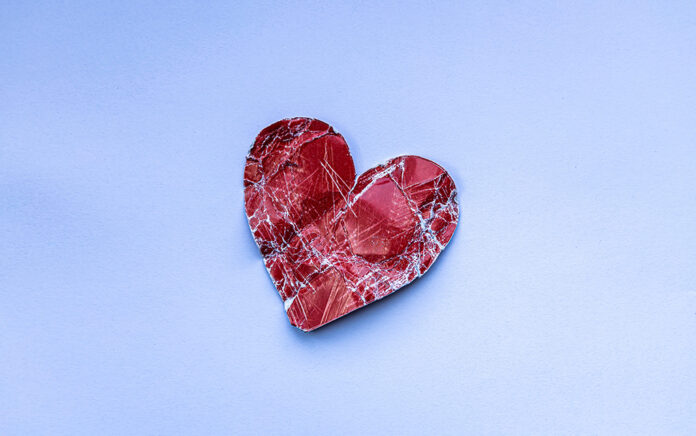 Before surrendering his life to Jesus Christ, Cruz admits he was destined for “prison, the electric chair, and hell.”

Nicky Cruz readily shares his story of a love that doesn’t make sense. At least in earthly terms.

Before surrendering his life to Jesus Christ, Cruz admits he was destined for “prison, the electric chair, and hell.”

Cruz was considered unlovable by many, including by his witchcraft-practicing parents and even by himself.

“…For he gives his sunlight to both the evil and the good, and he sends rain on the just and the unjust alike.” –  Matthew 5:45

Cruz’ early life and transformation is captured in his book, Run Baby Run, and movie (1998) of the same name directed by Phil Cooke. He can also be heard telling parts of his story on the Think Eternity with Matt Brown podcast (also below).

“My family was very thick into witchcraft, especially my mother and my father,” Cruz, 83, told Matt during the Think Eternity podcast. “My father was a satanic priest and my mother was a witch.”

Cruz could not understand why God would “plant him in the womb of a witch” to be cursed together with his father. It was hard for him to grasp.

“The abuse that I went through was very serious. When my mother tells me that I’m a son of Satan, I started to believe that,” he said. “There were a lot of things happening in my childhood. I tried to commit suicide by hanging myself in a tree because I could not handle the curse that my mother gave me.

“I was in a dark hole in my life and I was just a child.”

Cruz, through his website’s About page, shares that he was regularly beaten from the age of 3-1/2 years old. At the age of 9, his heart turned to stone after a severely abusive episode and the failed suicide attempt. …bloodshed and mayhem were common occurrences in his life.

“I died when I was 9 years old,” Cruz shared with Think Eternity. “That day my mother told me that I was not her son and to get out of her life. She killed me. She put a big hole in me.”

When he was 15, Nicky’s father exiled him to live with an older brother in New York City. Full of anger and rage, he soon left his brother to take his chances on the streets.

He became a member of the notorious Brooklyn street gang known as the Mau Maus at 16 years old. In less than a year, he became the group’s warlord – ruling the streets as a leader of the Mau Maus, one of the most feared gangs by not only rivals but police as well.

Lost in the cycle of alcohol and brutal violence, his life took a tragic turn for the worse when his best friend and fellow gang member, Manny, was jumped and stabbed repeatedly. Manny bled out and died in Nicky’s arms.

It was through a skinny country preacher named David Wilkerson, who was in New York for an outreach that Cruz was introduced to the love of Jesus.

As shared in Cruz’ website: Wilkerson disarmed Nicky by showing him something he’d never known before: relentless love. His interest in the young thug was persistent. Nicky beat him up, spat on him and seriously threatened his life, yet the love of God prevailed. It was stronger than any adversary Nicky had ever encountered.

One night, against all odds, Jesus Christ broke through the walls that surrounded Nicky’s heart. Nicky describes it as if he had been admitted to a Holy Ghost hospital. As Nicky lies there vulnerable, Jesus walks to his side, opens Nicky’s chest, takes out his heart, and puts it to his lips to kiss it. The Lord then placed the transformed heart back into his chest and raises him up as a brand new creation.

“I think people really lean in more to listen to his story,” Dow said. “The way he presents his story is very visceral, guttural, real. It’s not rehearsed and I think his accent works to his benefit. I know God uses it to excite the church, people have to lean in to listen instead of being lulled to sleep.”

Cooke also recalls Cruz during the filming of his movie as being absolutely authentic.

“I remember filming with Nicky in a crusade in Ecuador, and a local drug gang reached out because they wanted to meet with Nicky,” Cooke shared in an email with Think Eternity. “We arranged a secret meeting after midnight in the back of a local bar and they wouldn’t allow any lights because they didn’t want to be identified.

“The gang leaders were so fascinated by Nicky and his story that they sat there completely captivated for hours listening to him share the gospel.”

Cooke said that during another trip that included filming Cruz on the streets of New York City, his notoriety stemming from his past was quite evident. “People started gathering around our film set because they knew him from the ‘old days’ on the streets and wanted to meet him. The guy is the real thing.”

When asked about what it was like doing a movie about Cruz’ life, Cooke said, “We pretty much had zero budget, but we really wanted to share the part of his life before books like ‘The Cross and the Switchblade’ came out. Most people didn’t realize the extreme poverty Nicky was born into, and occult spiritualism that surrounded him, and how he made his way to the streets of New York.

“From a filming perspective, he’s one of the best I’ve ever worked with. Always fun on the set, gracious to the crew, and happy to do anything we asked. Most importantly is that he loves Jesus, and doesn’t hesitate to share his testimony with anyone he meets.”

“The story of Nicky Cruz is remarkable. It has all the elements of tragedy, violence, and intrigue, plus the greatest ingredient of all: the power of the Gospel of Jesus Christ.” — Billy Graham

From Outreach Magazine  A Hunger for Community