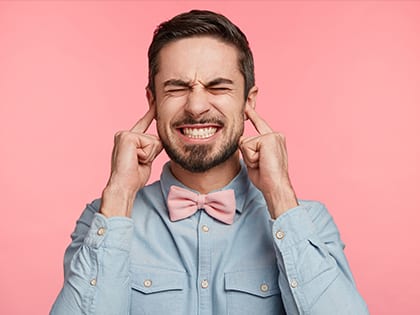 Obsession with self is increasingly the norm today. Turn on the TV. Scroll through your social media timeline. It’s all about what’s wrong with everyone else, and what’s awesome about the person speaking. We’ve accumulated debt that will inevitably cripple our children. We’re overly sensitive about … well … everything. Maybe we aren’t fighting with guns like Americans during the Civil War. But we’re very much an “us vs. them” nation. If I don’t think like you on any issue, whether it’s marriage or abortion, I’m a bigot.

Behind much of this, I believe, is narcissism. And, unless we regain a spirit of humility, narcissism will destroy us.

So, what is humility? I don’t pretend to hold “the” answer, but maybe I do have a good place to start. In a recent talk for Q, David Brooks tells the story of a Jewish rabbi who walks into a synagogue with two pieces of paper. The first says, “The world was made for you.” The second says, “You’re nothing but dust and ashes.” This, I believe, summarizes the challenge of humility.

Humility is not low self-image. Humility is about placing others above yourself, but it’s not about becoming a doormat.

Humility starts with a healthy view of self. Humble people understand their worth as image-bearers of God.

Humility is also about recognizing the finality of life. Humble people know they were created from the dust of the earth and to this end, they will return. We all will. So far as I can tell, every human ever comes and goes in this way (aside from Jesus, of course).

This two-pronged understanding of humility (self-worth and finality of life) prevents us from thinking too little or too much of ourselves.

“Do not imagine that if you meet a really humble man he will be what most people call ‘humble’ nowadays: he will not be a sort of greasy, smarmy person, who is always telling you that, of course, he is nobody. Probably all you will think about him is that he seemed a cheerful, intelligent chap who took a real interest in what you said to him. If you do dislike him it will be because you feel a little envious of anyone who seems to enjoy life so easily. He will not be thinking about humility: he will not be thinking about himself at all.”

Though humility isn’t normal in our culture, humble people share some common traits.

If your theology leads you to build more walls than bridges, I’m not sure Jesus is the center of it.

Humble people are, like our Savior, reconcilers. They’re uniters. And they’re unicorns in our fragmented culture. We would much rather join the team that most closely supports our worldview and tell the world why those guys are wrong. The ego always needs someone to be against. It has no identity without an enemy.

I’m praying God will raise up a generation of bridge-builders. Only when people lay their ego aside, recognize our shared humanity and stand in the middle, only then will our land find healing.

This must be an act of God, though. No sensible human would sign up to stand in the middle of two opposing factions. A true bridge-builder gets walked on by both sides. It can be a painful, even lonely calling.

But God knows we need people willing to make such a sacrifice.

When people would rather protect their reputation than their integrity, you can be sure narcissism is calling the shots.

Reputations are primarily based on external expectations. How do other people want me to be? Reputations seek to answer this type of question.

Integrity, however, is primarily about who you are.

A good reputation might get you a large following on social media. But a life built around a reputation also yields a mostly shallow, prideful person. Why? Well, reputations are largely built on the crowd’s expectations, rarely will you hear someone say the phrases “I’m sorry” or “I was wrong.” That’s weakness. Crowds don’t do weakness. More than that, when the crowd determines your identity, you must cater to them, their ever-changing, selfish motives and desires.

Humble people always chose the right decision over the easy one. They rarely land squarely on a side. They’re wise enough to realize no side has a stranglehold on the truth. They’re not afraid to say, “I’m sorry,” to admit failure.

Jesus, the ultimate personification of integrity, often drove away crowds. Rather than catering to the masses, he told them what they needed to hear.

The fact that you rarely hear someone in leadership, whether in government or in the church, admit fault or say “I’m sorry,” is alarming. But what about you (and me). When was the last time you admitted fault for a mistake? I’m convinced much healing would come to our culture if we would prioritize our integrity over our reputation.

A humble person might have prejudices (who doesn’t?), but he works ruthlessly to eliminate them. Humility and prejudice can’t cohabitate.

Humble people believe everyone is created equal. You will probably see them rebelling against power structures and hierarchies, especially the kinds where a few people elevate themselves above others, grabbing at money and power at the expense of the weak and vulnerable.

This is the posture of Jesus, right? If you have eyes to see, Jesus made it his mission to tear down social, political, religious hierarchies. It was quite scandalous, actually, how Jesus went about dining with tax collectors, rebuking religious elites, allowing women to have a place at the table. It’s the kind of thing we, as followers of Christ, should be doing.

4. Humble people are more concerned about the world they leave behind than the one they’re living in.

We would be wise to ask God to teach us how to number our days, as the Psalmist says. Our life is but a mist. Here now. Poof. Gone.

If we lived our days with this perspective, I suspect we wouldn’t be as consumed with trinkets and the keeping up with the Joneses.

I suspect our churches (and particularly its leaders) would be more reflective, more prayerful. We would need to consider how our present-day decisions impact the next generation’s leaders.

Are we erecting large buildings and massive campuses that serve current and future generations, or are we throwing millions of dollars on structures destined to become abandoned monoliths, financially crippling the next generation?

Are we casting a new, fresh, compelling vision of justice and reconciliation for our communities, for our country, for our world or are we continuing with business as usual?

I don’t know the answers to these (and other) questions. But I wonder if we even care to ask them. Sometimes I admit I don’t.

Humility. We need more of it. Much more. Humility can transform our marriages, our families, our churches, our communities. Followers of Jesus have a leg up on the rest of the world. We have an example, a perfect, blameless incarnation of humility. I pray we have the courage, the wisdom to walk in his footsteps.