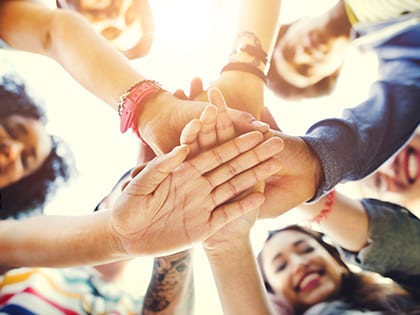 “Rather than seeing your church as a social club for its own good, what if your church embraced its missionary identity?”

When Ed Stetzer and I were writing the second edition of Planting Missional Churches, we wrestled with whether or not to change the title. Since the word missional has been around for a while, we were questioning whether it was still relevant to ministry today. While no one quite knows who coined the term or when it happened, we see that Francis Dubose, in his 1983 book God Who Sends, used the word in the sense that we use it today.1

In 1998, after a three-year research project to recover the church’s missional call in North America, Darrell Guder and his team published the landmark book Missional Church. Since then, some have used the word missional to refer to a specific style of ministry, in contrast to attractional models or other pet-peeve models of ministry.

For Ed and me, we decided to keep missional in the title of our book to reclaim its original meaning as ministry centered on God’s mission, focused on the kingdom, and part of the culture that we’re seeking to reach, rather than a pet-peeve style of ministry. Thus, being missional is really more of a posture than a style of ministry.

Here is how we defined it: “Planting missional churches stems from the fact that the church’s identity is wrapped up in God’s identity. Since God is a missional God, his church should be as well. This is essentially our foundational understanding for writing this book.”2

Regardless of where you live, whether it be in the rolling hills of Georgia, the Rocky Mountains in Alberta, French-speaking Quebec, Sin City, the Windy City, or the City of Angels, ministry today has to be missionary oriented (or missional) rather than maturity driven. How much more so in a post-Christian context!

Over a seven-year period, the Barna Group conducted research with more than seventy-six thousand adults around what makes a city post-Christian, and they measured for the following sixteen factors3:

A city qualified as post-Christian if they met nine or more of those factors. If they met thirteen or more, they were considered “highly” post-Christian. In both 2013, 2015, and 2017, American cities like New York, San Francisco, Albany, Boston, and Portland appeared on the top-fifteen list.4 If Barna had done this research in Canada, I’m sure cities like Montreal, Vancouver, and Toronto would have made the list as well.

If you live in an area that is not quite post-Christian, but seems to be on its way, it would be helpful to learn from those who have thriving missional ministries in a post-Christian context, like Tim Keller in New York. Because the church in our culture is increasingly being pushed to the margins, it’s only a matter of time until the area where you live and minister becomes post-Christian too.

In Center Church, Keller presents a missional view of the marks of the church that are actually helpful in any context—post-Christian or not5. However, in light of the fact that he is ministering in a post-Christian context, his are especially important to take note of.

Taking Keller’s marks of a missional church as our starting point, let’s explore what it would look like to shift our churches from a maturity mind-set to a missionary one.

1. The church must confront society’s idols.

What idols does your church face in the neighborhood, town or city where you live? What are the sins that consistently come up in counseling? What are the strongholds that you address through your preaching? Is it materialism? Consumerism? Individualism? Some other “-ism”?

To develop missionary disciples, you need to train your church to do as Paul did in Athens at the Areopagus—to reason with the locals both in places of worship and in the marketplace (Acts 17:17). Paul noticed the altar “To an Unknown God” (Acts 17:23) and used it as a starting point for confronting the society’s idols and sharing the gospel; you need to know the local altars and be equipped to share the gospel in your neighborhood today.

2. The church must contextualize skillfully and communicate in the vernacular.

When I was pastoring in post-Christian Montreal, there was such a lack of awareness about basic Christian concepts like God, sin and redemption among teens and young adults, I couldn’t assume anything. So the way that I would share the gospel had to be different than if I were doing it in the buckle of the Bible Belt.

Are you training your church to be “ready at any time to give a defense to anyone who asks you for a reason for the hope that is in you” (1 Pet. 3:15)? Are you teaching them how to do this “with gentleness and respect” (1 Pet. 3:16), while sharing the whole story of God, rather than assuming a common knowledge base of God, sin and redemption?

3. The church must equip people in mission in every area of their lives.

At one point in time, we had to help our churches understand the Reformation doctrine of “the priesthood of all believers.” I believe that today we need to make an even further shift: from priest to missionary. It’s one thing to help our church members understand that they are the church and that it’s the role of the pastor to equip the saints to do the work of ministry, rather than do it for them (Eph. 4:11–12).

So in this sense, every member is a minister or every member is a priest. In this way, the concept of doing ministry is often seen as an internal matter of caring for the flock, and helping them mature. But we must move beyond priesthood and call people to see themselves as missionaries—the “sent out” ones.

To develop missionary disciples, you need to help your church see their primary vocation as being missionaries—wherever they live, work and play—and their secondary vocation as being whatever they do to make a paycheck. This will require them “to be a verbal witness to the gospel,” “to love their neighbors and do justice within their neighborhoods and city,” and “to integrate their faith with their work in order to engage culture through their vocations.”6

4. The church must be a counterculture for the common good.

The late Archbishop of Canterbury, William Temple, lives on today through his often-quoted saying, “The church is the only institution that exists primarily for the benefit of those who are not its members.”

Rather than seeing your church as a social club for its own good, what would it look like if your church embraced its missionary identity? What if you called your church to be “salt of the earth” and the “light of the world,” since “a city situated on a hill cannot be hidden.” After all, “no one lights a lamp and puts it under a basket, but rather on a lampstand, and it gives light for all who are in the house. In the same way, let your light shine before others, so that they may see your good works and give glory to your Father in heaven” (Matt. 5:13–16).

When we live out our missionary identity as a church and function together as the salt of the earth and the light of the world, something happens. We begin to realize that our true citizenship is not on earth, since we are actually “strangers and exiles” here (1 Pet. 2:11). When we live against the grain of culture and begin loving our enemies and praying for those who persecute us (Matt. 5:44), instead of plotting revenge, the church becomes “a counterculture for the common good.”

When we show the world that people from “every nation, tribe, people, and language” (Rev. 7:9) can actually worship together, live in community, and serve one another here on earth and not just in heaven, the church becomes “a counterculture for the common good.” In this way, a healthy congregation is truly a “hermeneutic of the gospel.”7 A countercultural church brings the gospel to life and gives this world the opportunity to “taste and see that the Lord is good” (Ps. 34:8).

Ultimately, a countercultural church opens up doors not only for the gospel to be shown, but also to be proclaimed.

5. The church must itself be contextualized and should expect nonbelievers, inquirers, and seekers to be involved in most aspects of the church’s life and ministry.

6. The church must practice unity.

What I love about my role as the director of church multiplication for NewChurches.com at LifeWay Christian Resources, is that it’s my daily responsibility and privilege to serve church plants and multisite churches in their mission to multiply and make disciples. As a result, twice a year, I have the privilege to convene the Church Planting Leadership Fellowship (CPLF) with Ed Stetzer and Scott McConnell.8

In this exclusive network of leaders who oversee church planting for their denomination or network, we discovered that more than 75 percent of the church planting in North America is represented by our members. While Baptists and Presbyterians or Lutherans and Pentecostals may never plant together, they can definitely train together and learn from one another. This is precisely the attitude that the missional church must embrace. As Meldenius said, “In essentials, unity; in nonessentials, liberty; in all things, charity.” So instead of contrasting ourselves from one another, the missional church will seek to avoid unnecessary divisions.

Daniel Im is the founder of NewChurches.com, a teaching pastor at The Fellowship church in Nashville and the director of church multiplication for LifeWay Christian Resources.