Home Features The Divided State of the U.S. Is a Big Opportunity for the... 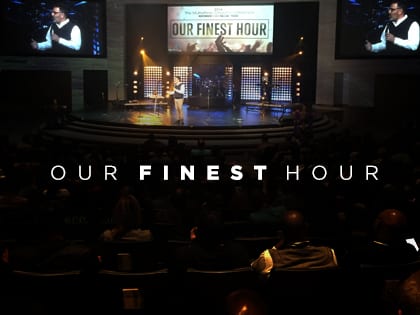 “By building healthy, diverse churches, we can collectively get beyond rhetoric and into results for the glory of God.”

Never in my lifetime have the people of this country been so at odds with one another. Sure, there’ve been challenges, obstacles and disagreements in the past; but they were usually limited to one or two issues at a time. Today, however, no matter where you turn, people are ready to fight, choosing sides and vilifying those who disagree with them on matters of race, class, culture, gender, religion, politics—and even on whether to stand, sit or kneel during the national anthem. Thanks to social media, the battles are not only ongoing, but also fueled daily by new videos, hashtags or memes in support of one opinion or another.

… to a place of passion and understanding?
… to disrupt the status quo?
… to repurpose the church to redeem the community?

Indeed, this should be our finest hour.

This was the theme we explored in November at Mosaix’ 3rd National Multiethnic Church Conference in Keller, Texas. More than 1,200 ministry leaders, including 80 speakers representing a wide variety of networks and denominations, gathered for the historic event. Together, they affirmed that by establishing healthy multiethnic and economically diverse communities of Christ-centered faith, we can both learn from and lead others to navigate the rough seas of division.

By walking, working and worshipping God together as one, we can get beyond the distinctions of this world that so often divide. We can “bring to light for everyone what is the administration of the mystery which for ages has been hidden in God who created all things; so that the manifold [in Greek, polypoikilos—marked with a great variety of colors] wisdom of God might now be made known through the church” (Eph. 3:10-11). In so doing, we can shape the future of things to come.

From Outreach Magazine  Reclaiming Authority in a Culture That Questions Everything

To help overcome present divisions and shape the future of things to come, however, diverse believers must first develop cross-cultural relationships and gain cross-cultural competence in the local church. Toward that end, Wesleyan Publishing House released a brand-new curriculum at the conference titled Multiethnic Conversations: An Eight-Week Journey Toward Unity in Your Church.

Unlike many previous works written exclusively for leaders, Multiethnic Conversations is also designed for people in the pews. The eight-week daily devotional doubles as a small-group study to facilitate open, honest and at times difficult dialogue among believers of varying ethnic and economic backgrounds. And in just a short time, pastors are already finding Multiethnic Conversations to be a Christ-centered, biblically rooted and useful tool for starting discussions, creating safe spaces, promoting understanding and forging common ground among their people (see Phil. 2:2).

Yes, by building healthy multiethnic and economically diverse churches, we can collectively get beyond rhetoric and into results for the glory of God. By taking intentional steps, empowering diverse leaders, developing cross-cultural relationships and competence, and promoting a spirit of inclusion, the local church gains credibility. By appealing to more than a single demographic, unity and diversity give us broad influence in the community. In this way, our light shines and Christ is lifted up so as to draw all men and women to him (see Matt. 5:9; John 12:32).

From Outreach Magazine  Why Get a Mentor?

Yes, this should be our finest hour. Let’s determine to make it so.

Mark DeYmaz is the founding pastor of Mosaic Church of Central Arkansas, co-founder and president of Mosaix Network. His latest book, re:MIX—Transitioning Your Church to Living Color (Abingdon Press) was released in 2016.