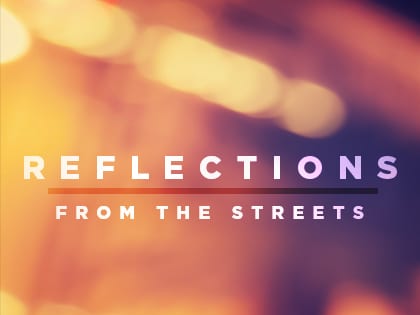 “Over the years, I’ve learned a few things about the homeless that you’re never going to find in a book.”

“Those aren’t the scary kind of homeless guys, Dad,” my teenage son quipped as we drove away from my first night at the Las Vegas Rescue Mission. I had no idea that this was the first evening chapel of what would become 12 years of preaching and teaching to the men and women who come off the streets of “Sin City” to find shelter and hope.

I never planned to stay, but God had other plans. I just came that night because our church got a call that the mission needed a fill-in pastor for a few weeks. I was eager to serve. I agreed to cover for just three weeks. Before long, the board asked me to stay. That was 2003. Over the years, I moved my family on-site. We lived in a small apartment over the chapel. I stepped away this past spring. It was a clear decision, but a difficult one.

Over the years, I have ministered to thousands and learned a few things about the homeless that you’re never going to find in a book. You only discover these things by listening to the stories of the people who live it. Most of them won’t tell you everything until they get to know you.

These reflections come from real people. In each case, I’ve changed the names to protect their privacy. Each of the stories is common of many people who experience homelessness.

1. There is pain from the past.

I met Frank in my first year at the Mission. He was short and balding and sunburned from life outside in the desert. He really seemed to know a lot about the Bible and was always eager to pray with me and for me.

Frank would come in an out of the Mission regularly over the years. He has a problem with alcohol, and he just cannot remain sober for very long. If he has any money in his pocket, it will fly away and he’ll be left feeling depressed, back on the street. I watched it happen to him over and over. He was part of our recovery program several times. Even during my last week at the Mission, he left a message on my phone telling me that he was in another program.

From Outreach Magazine  “The Message Was Fantastic!”—Lessons From a Mystery Visit

In Frank’s case, which I found out from numerous conversations with him over the years, he was abused as a child and his only comfort was found in the bottle. This led to his first residential program in his teens. And for the rest of his life, he would bounce from one program to another, in various states. It was an insane cycle of binging, crashing and programs for more than 30 years.

The common thread that links people on the streets is some kind of traumatic life event. I have heard it from almost every one of them. The trauma usually involves childhood abuse, but it can really stem from any difficult situation. I met one young man whose parents died in a car accident when he was an infant. He was bounced from relative to relative and made to feel like he was the cause of his parents’ death. Without proper care and a loving environment, great tragedy can lead a person to the streets.

Another man who continually returned to the mission was known as “Big John.” He was a towering figure with dark eyes and dark skin from years on the streets. He could appear menacing until you got to know him. His size might give you a clue to his previous life. He was professional football player and a college All-American. I didn’t believe the story at first, but I Googled John and, sure enough, he played in the ‘80s. He even holds a few still-standing records at a Midwestern college.

Again, I learned his story over several years of conversations. John had everything going for him in his football days. He had money, fame, friends and a profession. He never thought about what constant injury does to a man’s body. In those days, players were greeted by a team of “docs” after every game. They passed out painkillers freely and, before long, John was hooked. As long as you’re playing, you get enough meds to keep you going, even in the off-season. But then, the day comes when you don’t get a contract for the next season. Your coach doesn’t call and neither does the agent, and the supply runs out.

John went home for a while, but his need for the medication led him to a variety of substances that would numb the pain. Eventually, he couldn’t stay at home and the streets were the only solution. John, like so many other people who are homeless, was controlled by his addiction. The addiction can be to alcohol, drugs, gambling or practically anything. I even met one man who had a food addition.