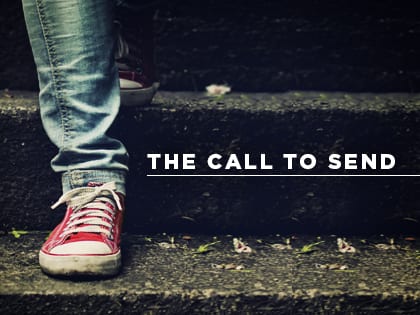 Over the last 12 years, The Summit Church in Raleigh-Durham, North Carolina, has been on a journey to become a multiplying church. Convicted by the truth that the key to reaching the world is found in sending, planter and Lead Pastor J.D. Greear has led the church to plant 23 churches domestically and 90 internationally, and has sent out 555 people from its congregation. Below, he shares how The Summit Church has embraced the multiplication tension of balancing the needs here with the needs there.

My second year as a pastor, I had the chance to go on a short-term trip to the small city in Southeast Asia where I had served for two years as a church planter. When I lived there, I was the only Christian in the entire city. I spent many hours walking its streets, praying for God to use me to bring the gospel to that place. Its people were my people. Its problems were my problems. As our bus entered the city limits, all of these old emotions flooded my heart once again: This was my city. As I felt those emotions, a question popped into my head: Why don’t you feel that way about your current city?

The truth was that I had a limited vision for my city. Our goal was to draw enough people out of it to make our church great. Admittedly, I thought more about what the city could do for our church than what our church could do for the city. That realization set us on a path to not just grow our church, but to reach and bless our city.

From Outreach Magazine  Try This: Host a Back-to-School Clothes Sale

Given all the needs here, sending doesn’t always make sense. After all, we have limited resources. And it’s not just about reaching people outside the church; it’s also about caring for the body. When it comes to multiplication, one of the greatest tensions that churches face is balancing needs here with needs there. We want to send, but if we’re honest, we’re worried about the impact on our church.

What we’ve learned is that churches can be faithful to both here and there. The answer lies not in solving this tension, but in embracing it.

Regardless of our reasons, we can’t wait to get involved in sending. Jesus told his disciples in Acts 1:8 to reach Jerusalem, Judea, Samaria and the ends of the Earth. From the beginning, their ministry was to extend to the nations. We’ve found that if we put our focus on what we don’t have, we’ll never be ready.

This Is Your Mission Field

In other words, we want our people to feel the weight of the nations, but not to the neglect of where God has put them right now. If God hasn’t called them to go, they are called to stay. God has put them in a specific place with specific relationships to leverage their gifts for the sake of God’s mission.

The Role of the Sender

The first two years of my ministry were spent among a Muslim unreached people group. The day I was to return home, one of my Muslim friends, Ahmed, with whom I had shared the gospel many times, came over to tell me about a dream he had that night.

“In my dream, I was standing on earth when suddenly before my feet was the ‘straight and narrow way’ leading to heaven,” he said. “As I looked up along this pathway to heaven, you were on it!”

Ahmed continued, “Yet when you arrived at heaven’s gates, the way inside was blocked by huge, brass doors. But then, as I watched, someone from inside knew you, and they called your name. The doors then swung open wide for you, and you went in. Then my heart broke because I really wanted to go with you. The doors opened again and you came back out, walked back down the path a little ways, and stretched your hand out to me down here on Earth. And you pulled me up to heaven with you.”

He then looked at me and said, “What do you think my dream means?”