Home Features Race and the Gospel: What Happens When We Compartmentalize Faith?—Part 2 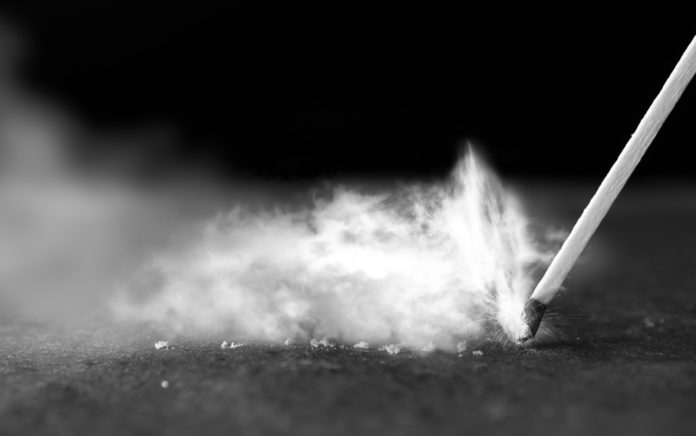 Part 1 focused the question: Is Justice a Legitimate Part of the Gospel Discussion? Part 2 is the logical follow-up: What Happens When We Compartmentalize Faith?

This flaw in our gospel, focusing on a single pixel of the screen—or grabbing the means as if it were the end—has, throughout our history, allowed us to set up a compartmentalized Christianity.

How could we get to the point where we so easily separate the gospel from justice?

Here, in one of the most Christian nations in history, we held and trafficked in slaves for hundreds of years and kept state-sponsored discrimination and terror alive well over 150 years beyond when the British passed the Slave Trade Act.

The Southern states in America, statistically the most evangelical of the states, saw what they counted as “good Christian men and women” take part in lynchings on Friday nights and then occupy their normal pews in church on Sundays without connecting the two—our salvation on one hand, but something separate or ignorable on the other.

This is the gospel, protected and compartmentalized, with the plight of our neighbor boxed out as a secondary concern.

Now, the objection usually comes, “What about all those amazing Christian men and women who fought for abolition and later civil rights?” The questions in response are simply: Who were they fighting when they were laboring for rights if not the white Christian men who were in positions of civic power? Whose message were they fighting if not the message of pastors in pulpits that perpetuated racism and made discrimination religiously permissible? Ultimately, what flaw in the thinking of their fellow Americans—that allowed self-righteousness to sit comfortably alongside exploitation and murder—were they trying to overcome?

The gospel we inherited has been too neatly packaged. Good news, however, is much different than that. Free an oppressed population, and then try to tell them that the good news of their liberation is neatly packaged and to be tightly defined, and you’ll really know how crazy that sounds. Good news of that kind is wild and boundless. Freedom speaks to all of life; it rolls into tiny corners and opens the door on a million rooms where bad news once lived.

Good news, like light, touches everything in the room. It speaks continuously into every crevice. And like light, it spreads, rolling forward, never-endingly chasing away darkness.

Jesus came to be the light of the world. He and the message he heralded about the kingdom of God was good news that he likened to light in our lives:

Our evangelical gospel has been too neatly dissected, defined and packaged. Its explosive and wild nature has been stripped of its original revolutionary power. It has become domesticated and fits all too comfortably in our lives when comfort, security and immunity from the messy solutions to injustice are desired and appreciated.

Light touches everything in the room. So, why, when I wrote a book on race and privilege, did the greatest pushback come from those who said race has no place in our gospel conversation? Surely the good news of Jesus has something to say to the greatest historic injustice of the last 500 years. Surely, when Jesus came to proclaim good news to the poor and the year of the Lord’s favor (Isa. 61) it had relevance to the very real instances of bad news and oppression people were suffering.

How much different might our presence in this world look if we could deconstruct the compartments and restore the gospel message to its holistic sense of restoration of relationship, reconciliation and redemption rather than transaction, personal salvation and a consumerist disconnect from the larger story?

Upsetting the Economics of the City

This is exactly why the Easter message is so revolutionary for the affairs of our lives and the communities in which we live.

We easily forget that at the beginning of his Passion Week, Jesus went into the temple and, in turning over tables and driving people and animals out in front of him, he upset the economics of the city. He did this in challenging the power structures of the temple system—those who were taking advantage of vulnerable people and preventing others from gaining access to the temple and the presence of God.

The very people who thought they were at the center of salvation and God’s will were the ones on whom Jesus vented his righteous anger. The religious affairs had been compartmentalized and systematized by the religious leaders while they simultaneously were guilty of perpetrating the injustices that most broke God’s heart. What kind of warning should I take from this today as a church leader who certainly, not unlike the religious leaders of Jesus’ day, can become ensnared in the systems, routines and economics that move things forward and maintain the status quo?

In Scripture, the linking of the good news of reconciliation is tied more often to the ethics of love than most realize. The parable of the Good Samaritan followed a question posed to Jesus on how to be saved. Likewise, the parable of the sheep and goats in Matthew 25 represents Jesus’ last words to his closest friends before they would all go through the trial of that awful week. At such an important moment, his message was that those who honored him by feeding the hungry, clothing the naked and visiting the prisoners would gain entrance to paradise, and those who neglected Jesus by not feeding the hungry, clothing the naked and visiting the prisoners would be sent to torment. Heaven and hell show up in the balance as Jesus pointedly discusses the inability to separate our love of neighbor from our love of him.

It is no wonder that immediately following Paul’s beautiful exclamation that we are new creations in Christ (2 Cor. 5:17—“If anyone is in Christ, the new creation has come: The old has gone, the new is here!”) he relays how this is situated within the reconciliation of all things: “All this is from God, who reconciled us to himself through Christ and gave us the ministry of reconciliation.” The gospel isn’t simply good news we hear—it’s good news we become. We aren’t simply recipients of grace, but agents of grace as well.

Jesus represents truth and justice, Savior and King. Good news and love are part of the same fabric. The compartmentalization we do on paper with our religious parsing and formulas about Jesus evaporates in the face of the Man himself. Humans have a natural tendency to want to make the purpose of God’s good news the promotion and protection of our own individual comfort, but Scripture knows none of this.

The gospel is never a formula that lives in a vacuum, but a declaration of God’s restorative justice that explodes into our messy lives. It speaks to the brokenness we experience as part of the fall of creation—brokenness that is always an amalgam affecting both body and soul.

When the other apostles gave their blessing to Paul’s good news of salvation to the Gentiles—that they, too, could be saved by grace, through faith—I find it telling that their blessing came with only one injunction, that Paul and others “remember the poor” (Gal. 2:10).

Next up: Part 3 of the discussion:
What Happens If We Forget the Poor?”